Lately, I've been thinking a lot about my pubic hair. See, after a winter of letting things grow wild, it's time to think about the upcoming months. And this year, I'm especially conflicted.

I don't think I'm alone. After years and years of the Brazilian wax being the reigning craze, apparently, the full bush is back in style. Some women are now skipping the full Brazilian and opting for a "full bush Brazilian;" a wax that leaves a full-bush (with the labia and butt crack still stripped bare).

Some trendsetters are going even further: when American Apparel displayed their full-bushed mannequins a few months ago, everyone took notice. As a representative for the brand put it, the mannequin was meant as a celebration of natural beauty, as well as a call to their clientele to "explore the idea of what is 'sexy' and consider their comfort with the natural female form." 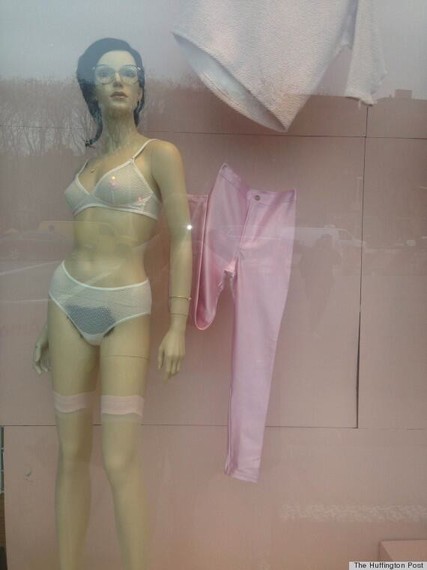 Cameron Diaz really exploded the trend when she wrote in The Body Book this year:

Do you really want a hairless vagina for the rest of your life? It's a personal decision, but I'm just putting it out there: Consider leaving your vagina fully dressed, ladies. Twenty years from now, you will still want to be presenting it to someone special, and it would be nice to let him or her unwrap it like the gift that it is.

But what's being dubbed a trend may actually be nothing new: polls have found that women who keep things natural with their "down there" hair are actually in the majority. And despite porn's influence, apparently, most men report being into it.

But there may be one big exception: swimsuit season. With "normcore" pubes supposedly all the rage, will the beaches really be chockfull of women and their pubic hair this summer? History may provide a clue.

The Origins of Waxing

Waxing the pubic area is actually not a new trend. In certain Middle Eastern societies, the removal of body hair -- all of it -- was considered "proper" hygiene. There's even evidence that total body hair removal dates back as far as 4,000 to 3,000 BC in some cultures. 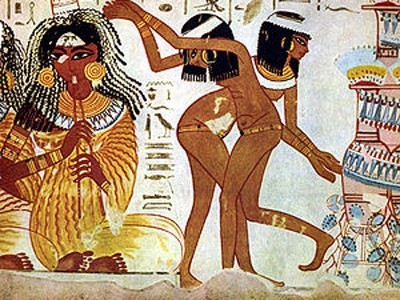 Here in the United States, body hair removal didn't really kick into gear until the 1940s, when bathing suits started getting teeny-weeny. It was then that the hair removal along the bikini line became a concern, because, as we all know, lack of hair tends to be equated with femininity. Despite the bikini line receding, full bushes tended to remain intact underneath. 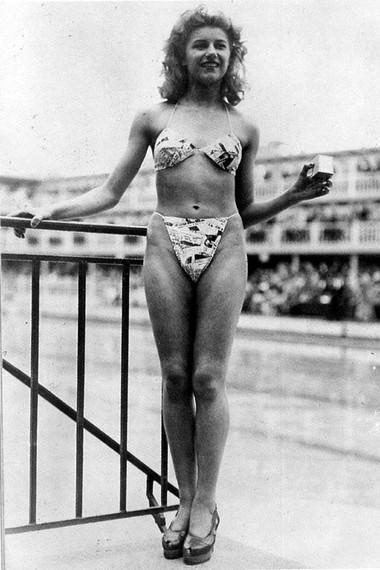 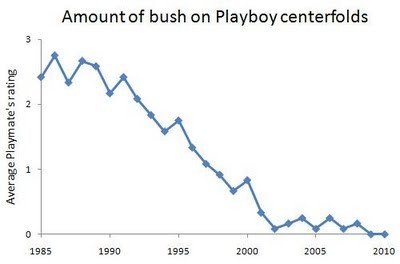 By 1987, thanks to seven sisters from Brazil who opened a salon in New York City, a full-fledged trend was born.

But Is Waxing Dangerous?

I got my first Brazilian when I moved to New York City because I was a city girl, and that's what I thought city girls did. I loved it. I felt like walking sex and loved being so aware of everything that came in contact with my newly-bald area. Even taking showers had never been so much fun!

That was, until I noticed a small red bump in the middle of my pubic bone. At first, I thought my skin was just being sensitive, but after a few days of excruciating pain, I was at my doctor being told I had a staph infection from my Brazilian wax.

The scariest part? The cause of the infection wasn't necessarily that the salon I went to was unclean. As my doctor explained to me, that area of skin is so sensitive it needs pubic hair. The hair is there for a reason: It provides a cushion and protection from friction that happens during all that bumping and grinding.

After almost two weeks of antibiotics, the infection was gone, but a scar remained. And I'm one of the lucky ones -- some women end up with cellulitis; a life-threatening bacterial infection that can put you in the hospital for a week or longer. 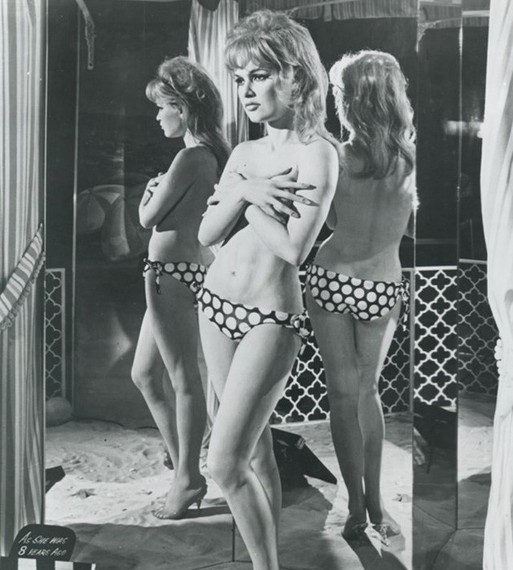 I've been going au natural since, with the exception of right before bikini season last year. I struggle with the decision every summer, because I both love being hairless and fear another run-in with infection.

Usually, I just compromise by opting for shaving along the bikini line -- which means razor burn. You'd think I'd have picked up on my body's signals that I should just leave it be by now. But I can't help feeling I don't want to subject children on the beach to my pubic hair.

After all, I remember being a kid myself and wondering what all that "mess" was when I saw those women on the beach... before I grew a "mess" of my own, that is.

"I let it go to hell during the winter except when I have an OB/GYN appointment or if it starts to get really bad. In the summer, I will shave or wax so that I don't look horrible in swimsuit," my friend Joy, a 31-year-old personal assistant, told me.

Horrible. That's the word that coincides with pubic hair for some women. It may be our decision to shave or not, but you have to ask yourself, what's so 'horrible' about your natural state? 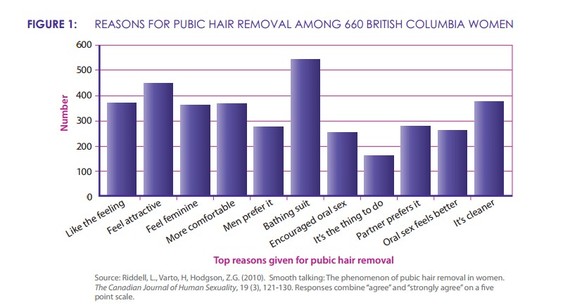 Statistically, pubic hair removal does go up when a bathing suit is involved.

The thing with trends is they are just that: trends. If women want to rock the full bush all winter, then go bald once the summer arrives, then I say that's their own personal choice. While a full bush may be "in" at the moment, it ultimately comes down to what women really want for their own bodies. If people turn their back on going au natural June through August, then so be it.

I just hope it isn't because we think there's something fundamentally ugly about our natural state.

Can Men Be Feminists? You're Damn Straight, and Dating One Is the Best

How to Plan a Feminist Wedding: 7 Ways to Say 'I Don't' to Outdated Traditions

A Woman on Riding Her Bicycle, and, You Know, Gender