With Netflix about to unveil the Full House sequel whimsically called Fuller House, it's safe to say some fans of the original have wondered over these last 20 years how life was treating D.J. Tanner and her friends.

Candace Cameron Bure, who played D.J. in the fondly remembered ABC sitcom, isn't one of them. 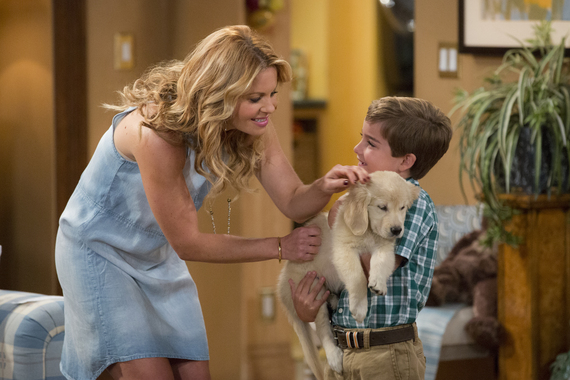 "I didn't think about D.J. after the show ended," Bure told me at a press event in Pasadena last month. "I never gave it a second thought."

"Fans always ask about that stuff," says Sweetin. "It's like we must go home and watch all 192 episodes every night. ... But honestly, Stephanie? I have no idea. I never thought about it."

Until the last year, when Bure, Sweetin and Andrea Barber, who played D.J.'s BFF Kimmy Gibler, agreed to come back as the featured stars in Fuller House, whose 13 episodes drop Friday on Netflix.

Now, says Sweetin, all that benign neglect paid off, because they went into the new show with a blank slate.

"We get to fill in 20 years of their lives," Sweetin says. "We start there and find out what happened in between."

Fuller House starts with D.J., now a veterinarian, raising three children of her own.
Her beloved husband Tommy recently died, and she's trying to figure out how she can keep working, which she now must do, while not neglecting her sons Jackson (Michael Campion), 13, Max (Elias Harger), 7, and infant Tommy Jr. (naturally played by twins, Dashiell and Fox Messitt). 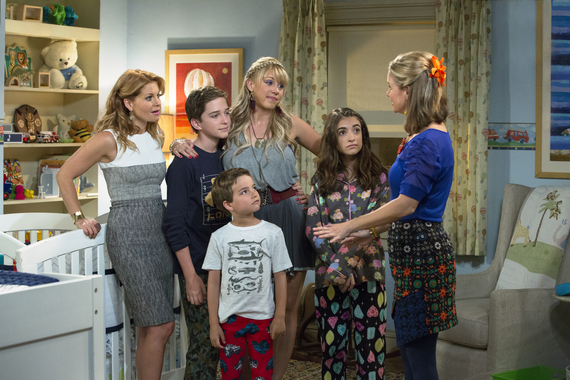 Bure says that's a situation to which many people of D.J.'s generation can relate.

"I live in California, but I work in New York," says Bure, who's also a host on the daytime talk show The View. "I go back and forth every weekend. I feel the pressure. Millions of people constantly feel it. It just comes with the territory today."

D.J., at least, has a sitcom-friendly solution. Stephanie and Kimmy agree to move with her and help raise the kids.

Most of the rest of the crew from Full House will be dropping in from time to time. That includes the first episode, where the reunion feels like a group hug. 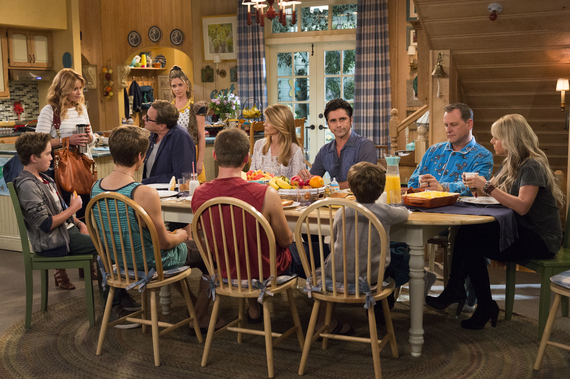 Bure confirms the reports that there has been talk of a Full House revival for some time, but says earlier ideas were non-starters.

"The problem was that no one wanted to do a movie or a reunion special," she says, "because they're never done well. ... This series gives us room to explore the characters."

A number of popular shows have been revived in recent years, from 24 to The X-Files, with varying degrees of success. The Fuller House cast says their odds are good because they're taking a less traveled path: TV the whole family can watch.

"We've gotten away from that," says Barber. "There's not a lot on TV that I even want my kids to watch. So much of it isn't about real experiences any more."

"All I want my kids to watch are a few shows like So You Think You Can Dance," says Bure. "That or sports. That's what's on at our house."

And no, she doesn't think today's young viewers are so jaded they won't watch a "family" show.

"Back in the day, Full House tackled serious issues," she says. "There's a lot to talk about that kids go through. Being a kid is a harrowing time, and you want the support of your family. Our show feels like family coming to visit."

D.J., Stephanie and Kimmy are still the same people they were as kids, says Barber, but they've also got 20 more years under their belts.

"And it's a different world," she says. "You get a sense of that just in the questions kids ask." 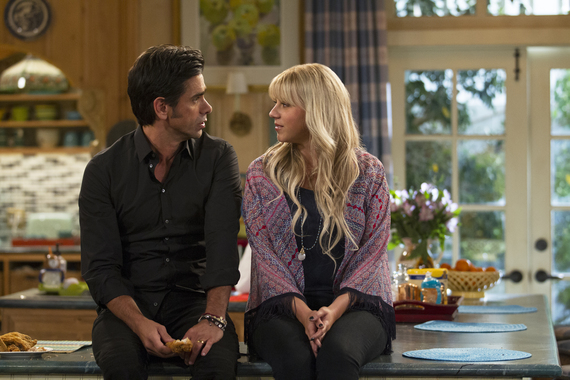 But when they all gang up on Jesse to sing his love song to Becca one more time, well, some things are forever.