Ever wondered what superheroines would look like if they were dressed a bit more like their male counterparts? Well, thanks to illustrator and creator of the Supernormal Stepwhich comic series, Michael Lee Lunsford, we have the answer.

Lunsford decided to challenge himself to redesign some iconic superheroines' normally-skimpy outfits. "I asked myself if I could fully cloth these heroines while keeping their iconic look, the colors, the shapes, and still make them look cool and keep their personalities in tact as well," Lunsford told HuffPost Women in an email. In our humble opinion, he was pretty successful -- Wonder Woman is as recognizable as ever.

Lunsford also told HuffPost Women that he wasn't trying to push a social message with the redesign. "It wasn't for any moral stance, though the effect it's had on the people who've seen it is noticeable," he said.

One of those people is writer Alyssa Rosenberg. In a blog for ThinkProgress she wrote:

What really struck me, looking at the images, is what they reveal about the state not just of sexism in the comic book industry, but of the laziness that sexism has bred in costume design. In artists’ eagerness to show off superheroines’ breasts, legs, and buttocks, they’ve become duplicitous and dull, utterly failing to think about what costumes might aid their characters in their jobs, much less reflect their personalities.

It does seem like it would be a whole lot easier to fly around and save the world without worrying that your breasts are going to pop out of your top.

Click over to Lunsford's Ze-Tarts Tumblr to see more of his illustrations. 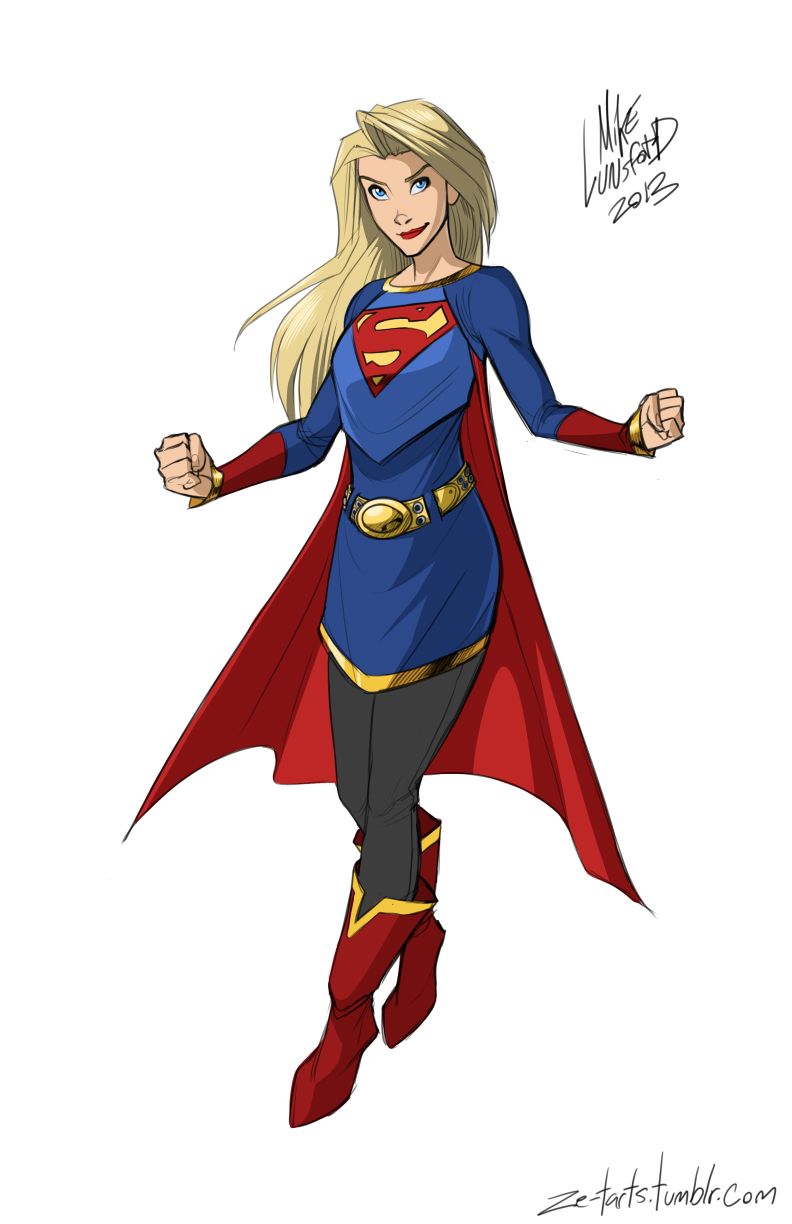