These days, a simple walk down the dairy aisle becomes fraught with choice. It’s no longer just: skim or whole milk? salted or unsalted butter? It’s Greek yogurt and Icelandic yogurt and whipped yogurt. It’s sour cream and creme fraiche. It’s ice cream and frozen yogurt and gelato and kefir and ice milk. It’s Fontina and Brie and Humboldt Fog. All excellent choices, but you’ve been standing in the aisle Googling on your phone and surely you’ll need to hit the checkout line at some point.

To help you out, we’ve partnered with Dairy Good to clear up every question about dairy that you never thought to ask.

What the heck is the difference between… 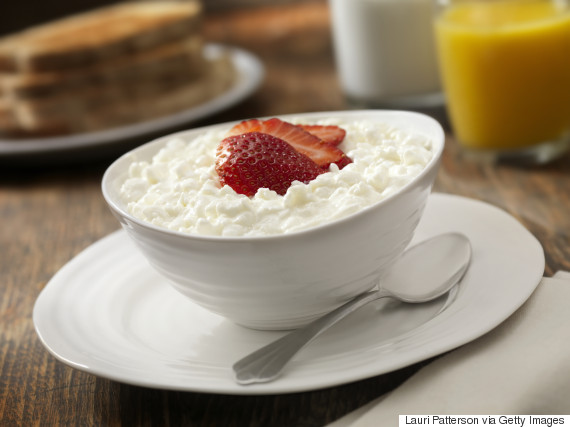 If you’ve wondered about this since childhood, here’s your answer. During the cheese making process, some of the solid parts of the milk are separated from liquid. If you’ve ever eaten cottage cheese, you’ll recognize curds as the tasty morsels (solids) in cottage cheese and some of the whey may end up as the liquid portion. Broadly speaking, they're two types of proteins founds in milk (yes, milk provides high-quality protein), which are whey and casein. The protein in each cup of milk is made up of 80% casein and 20% whey. You might also recognize whey as part of the liquid on top of your yogurt. Although you might be tempted to pour it off, you may be missing out on some additional protein. Bottom line? It's best to sit down on your tuffet and enjoy both your curds and your whey.

creme fraiche and sour cream?
Let’s start with the similarities: they’re derived from cream and have a rich and tangy flavor profile. One big difference is in the fat-to-protein ratio: regular sour cream has a fat content of about 20 percent, whereas creme fraiche sold in America usually clocks in around 30 percent. Sour cream also has a thicker consistency and is somewhat more tart than creme fraiche. If you want to add richness to a sauce or soup, creme fraiche is preferable, as it won’t curdle at high heat like sour cream may.

buttermilk and heavy cream?
This is another one of those situations where a straight substitution won’t work. Traditionally, buttermilk is exactly what it sounds like: the liquid left over after churning butter. At a modern market, you’re most likely to find “cultured buttermilk,” which is made by adding live bacteria to low-fat milk. It’s great for activating leavening agents in baking. (Read: it will make your baked goods nice and fluffy!) Heavy cream is best used for whipping or adding creamy texture to both savory and sweet foods. In a pinch, you can add a tablespoon of vinegar or lemon juice to a glass of regular old milk to create your own "buttermilk." 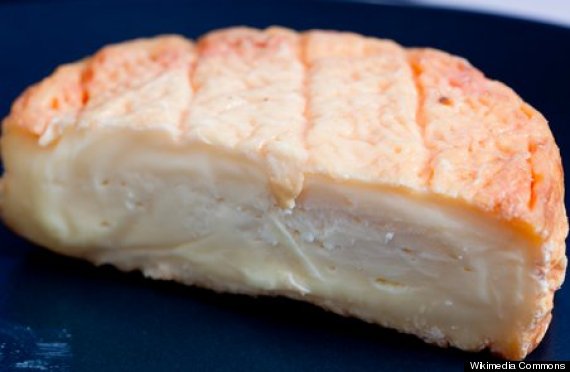 ...the rind on my wheel of Brie (or wedge of Gouda or hunk of Parmesan)?
This is an easy one. If it’s man-made -- that is, if you’re talking about the red wax coating on a wedge of Gouda -- steer clear. Otherwise, feel free to eat the earthy rinds on soft or semi-soft cheese like Brie or Taleggio. (Indeed, any cheese aficionado will consider this the best part of a well-aged cheese.) That’s not to say that you can’t eat the rinds of hard cheeses like Parmigiano Reggiano, but most people prefer to simmer it in stew for an intensely savory experience.

...room temperature yogurt?
The good news is that yogurt may be safe for a few hours at room temperature. In fact, yogurt -- along with many other dairy products, like cheese and buttermilk -- was historically created in order to preserve milk. Yogurt is created by adding bacteria (often touted as “live cultures”) to milk, causing it to ferment and convert lactose to lactic acid, which acts as a natural preservative. It’s these same cultures that help digest lactose, making yogurt a friendly food for many who are lactose intolerant. Don’t go crazy, though: the USDA recommends tossing your yogurt if it's been left out for more than four hours.

...super-stinky (and we mean STINKY good) cheese?
In general, washed-rind cheese -- in which cheese is bathed in a liquid like saltwater brine before aging -- is defined by its pungent bacterial growth. So how do you know if it’s gone bad? The Kitchn advises: “Watch out for ammonia or Windexy smells.” And keep your cheese refrigerated! 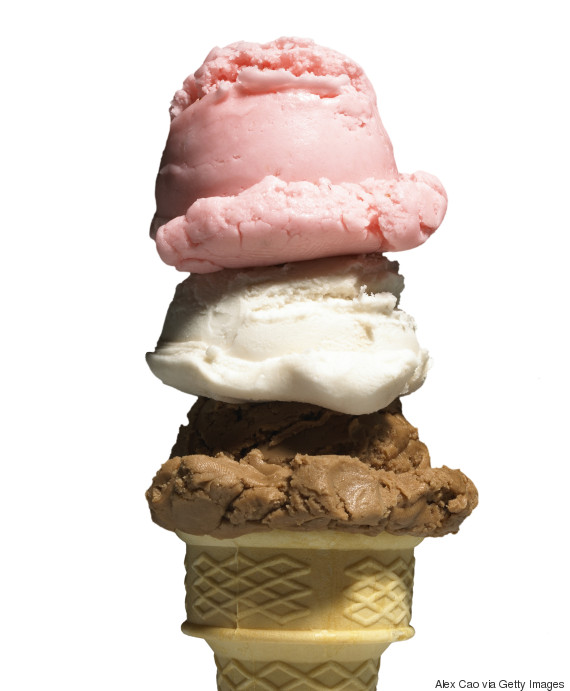 Cheese making has been around for centuries…
The pilgrims included cheese in the Mayflower’s supplies for their voyage to America in 1620. Once in the New World, the craft of cheese making spread quickly.

The most ice cream ever balanced on one cone boasted 100 scoops, according to the Guinness Book of World Records.
Ashrita Furman of the U.S. achieved this goal in October 2013 at a kitchen in Jamaica, New York.

Pasteurization was created with wine and beer in mind, not milk.
Pasteurization is the process of heating food and beverages in order to slow the growth of microbes in food. Louis Pasteur, considered the founder of modern pasteurization, first conceived this as a way to prevent wine and beer from souring.

Epoisses de Bourgogne is banned on public transportation in Paris.
This washed rind cheese is considered one of the world’s stinkiest, and it was reportedly one of Napoleon’s favorites.