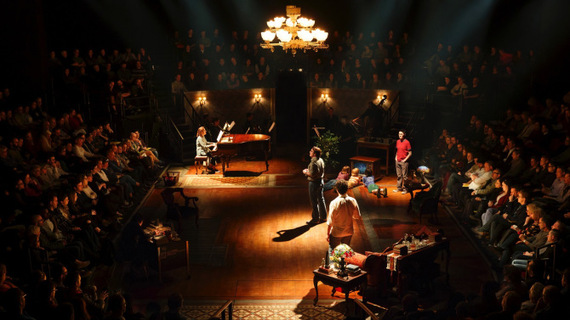 Although Fun Home (winner of the 2015 Tony Award for Best Musical) is no longer the most talked about show on Broadway, I still there is a lot to say about it. I think we should all still be talking about Fun Home, its themes, the important topics it explores and the discussions it inspires in us.

Fun Home, located at the Circle in the Square Theater and directed by Sam Gold, traces the life of cartoonist/graphic novelist Alison Bechdel as she sorts through old memories to create a book about her life. Alison is played by three different actress, one a child, one a college-aged student and one a 40-something adult. Alison's life is certainly unique: she grew up in a historical landmark house, had a closeted gay father who ran a funeral home and later came to realize that she's a lesbian. This musical is praised by queer theater activists and enthusiasts, since it in the first Broadway musical to have a lesbian protagonist -- something audiences have been waiting (far too long) for. The musical also has some other "firsts" including first all-female team of writers, composers and lyricists to win the Tony Awards for Best Book of a Musical (Lisa Kron) and Best Original Score (Jeanine Tesori and Lisa Kron).

In more ways than one this is a very important musical for women, for feminism and for lesbians. This inspiring, nuanced and most importantly, autobiographical work helps to prove the legitimacy and skill of women in Broadway as well as spread awareness about lesbian experiences and narratives. 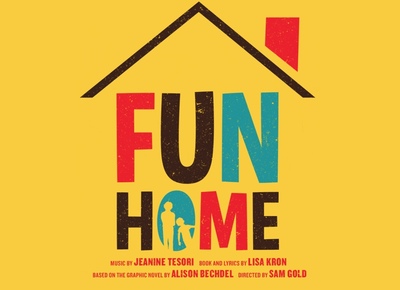 One of the most interesting parts of the musical is Alison's relationship with her father, Bruce. At the start of the musical, Alison narrates how when she was little they got along so well, and that "we didn't know it but he was gay and I was gay" continuing on that "we were exactly alike" but also somehow that "we were nothing alike." Queer children often have very unique relationships to their parents, often with one parent in particular. Fun Home in many scenes and songs explores this complicated relationship between the sexually confused young Alison and the closeted Bruce.

However, as the musical continues and Alison becomes more confident in her lesbian sexual identity, this relationship becomes more complicated. Alison boldly writes a quintessential letter to her parents "Dear Mom and Dad: I'm a lesbian." In response, her dad sends a missive about funerals, literature and recent house restoration projects. Eventually Alison confronts her parents on the phone for ignoring her coming out. Her parents claim to be "accepting" but are judgmental, subtly homophobic and certainly not willing to talk about sexuality at length in any capacity. Later, when Alison and her father Bruce go for a drive, the spend the majority of the ride in silence; Alison sings her internal thoughts, which include a list of surroundings ("Telephone Wire"), reflective how uncomfortable the silence was. The entire song she sings about how she needs to say something, that she needs to address the topic of her sexuality, how she needs to initiate the conversation -- if only she knew how. But by the end of the song she comes to conclusion that she already came out, and it is her father who is struggling, so he needs to initiate this conversation, since he is the one having an issue with her sexuality. However, the car ride ends in silence and soon after, Bruce kills himself, dying without ever having that important sexuality conversation with his daughter. 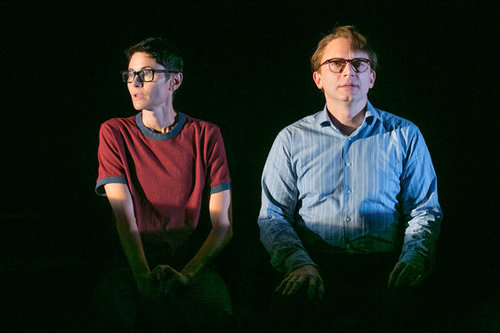 It is this portion of the musical that everyone should still be talking about; this car ride scene accurately portrays what so many queer people must go through. Coming out to your family is not a one-time event: it is a long, multi-step process of explanation, conversation and reminders. For various reasons, family members, parents especially, often have a hard time dealing with their child coming out; because of this, they often find it difficult to talk about and end up ignoring the topic as much as possible. Sexuality and personal identity cannot and should not be ignored.

Fun Home puts onstage a struggle so many people go through: the dramatic coming out to parents followed by silence and ignoring, the emotional confrontations, the parental judgments and feelings of "disappointment," the silent and awkward car rides where nothing is addressed. It is these exact car rides that need to be talked about. The rides home from college, or the "let's go for a drive" experiences or any other extended-length period of post-coming out alone time with a parent -- all of these are often filled with tense silence. This tension is felt by both parties: parents don't want to talk about it, children are dying to talk about it, but don't know what to say. The parents, too, have no clue what to say, but it is the parents who need to start the conversation. They need to tell their child that they accept them and they love them, no matter what. They need to be willing to talk about sexuality or any other part of identity. The child already came out, now it is the parent's turn to start the queer conversation.