The recent launch of the J. Luce Foundation's Hellenic Fund to support children in Greece -- whether economically distressed, orphaned, or refugee -- was an enormous success. Held at an elegant Upper East Side Greek restaurant and sponsored by The Orpheus Luxury Collection, the event gathered over sixty people of goodwill who care about children, any children, who suffer in Greece. 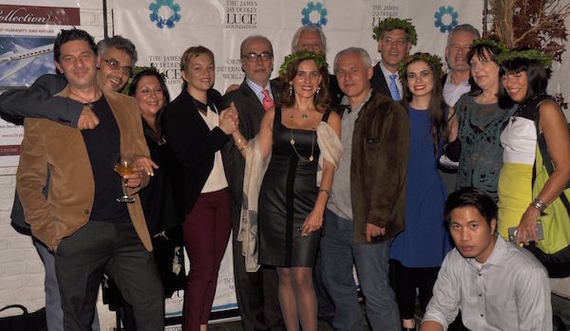 The event, as the Fund itself, was created to support ancient Hellenic ideals. It featured a presentation of the bawdy Aristophanes comedy Lysistrata, in which the women of Greece band together and withhold sex until their men put an end to the Peloponnesian War (400 B.C.).

If this sounds familiar, it is because this is the same play Spike Lee's Chi-raq is based upon. 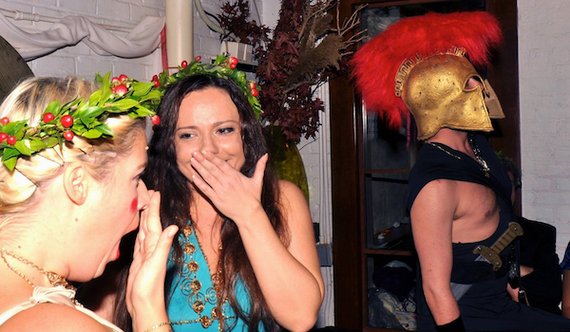 Angelika Sandora (middle) played a sex-striking wife in a presentation from the
bawdy Aristophanes comedy "Lysistrata" - the same play Spike Lee's "Chi-raq"
is based upon. Photo: Mangala Weerasekera/The Stewardship Report.

Leaders of the Greek-American business community as well as New Yorkers from every corner of the globe gathered to help children, both Greek and migrant, in Greece - sending an optimistic message for the future of that ancient nation recently overwhelmed by both economic woes and refugees from the Mideast. 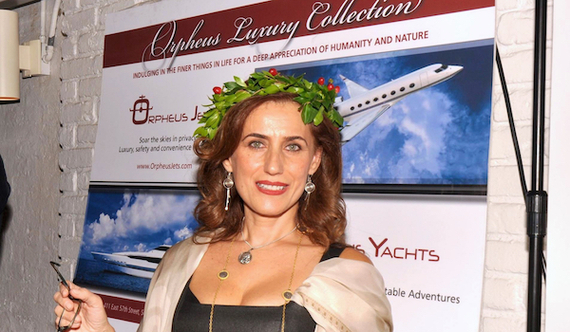 I saw first hand last summer how desperate the situation was there - although the people remain strong and unbending. 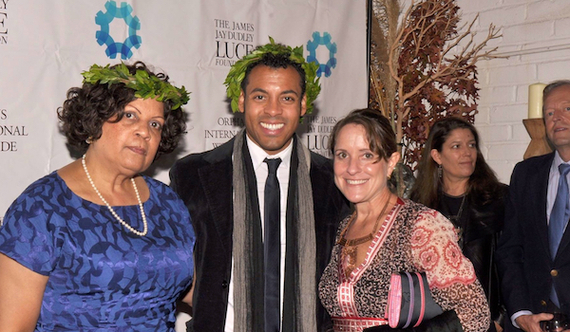 Held at the Upper East Side restaurant Yefsi Estiatorio, the event was sponsored by The Orpheus Luxury Collection, a high-end travel and destination management firm operating in North America and Europe. 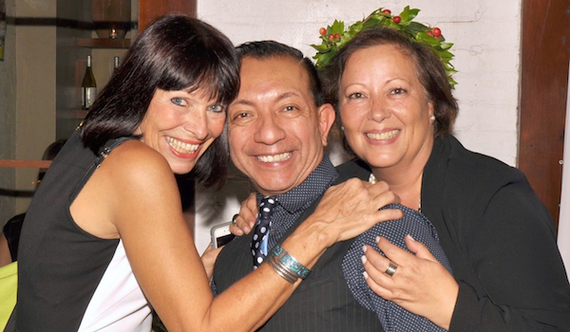 Orpheus president Georgia Nomikos said in her remarks, "In the present day crossroads of uncertainty our country is facing, this event tonight is a much needed, refreshing and positive deed of goodness that bodes well for the future of Hellas." 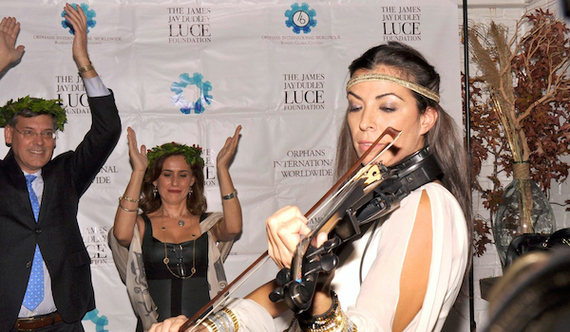 The Orpheus Luxury Collection hosted and underwrote the evening as part of their 'Philanthropy Through Travel Initiative' series. Known as the Orpheus Symposiums in Support campaign, all proceeds of the evening benefited the launch of the Hellenic Fund. 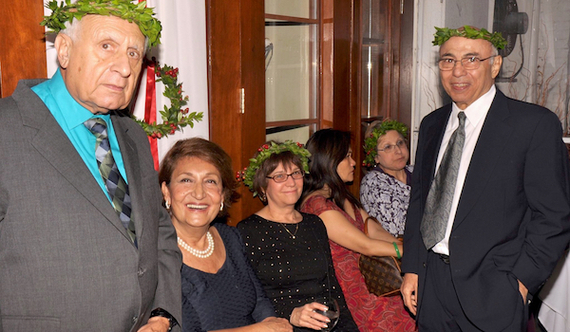 The evening featured Hellas at its best -- authentic food, drink, and entertainment -- to support Greece and its children in their time of need. 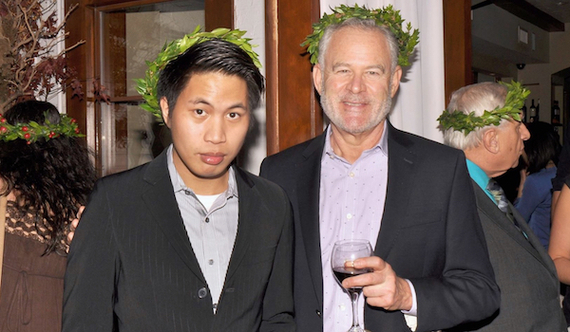 The event included New Yorkers from every walk of life, from every corner
of the globe. Photo: Mangala Weerasekera/The Stewardship Report.

Eleni Tsagianni of the Orpheus Luxury Collection worked closely with Georgia to create a marvelous evening that took the unsuspecting audience by surprise, creating a thoroughly entertaining program which made for an unforgettable experience of participation and understanding. 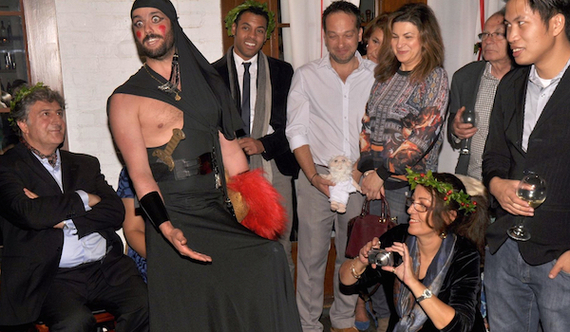 Our Foundation's dual strategy is to not only fund social change, but also to help better humanity through social media. With our new Hellenic Fund, we will continue to bring social media connectivity to leverage as much goodness as possible to assist economically distressed, orphaned, or refugee children in Greece. 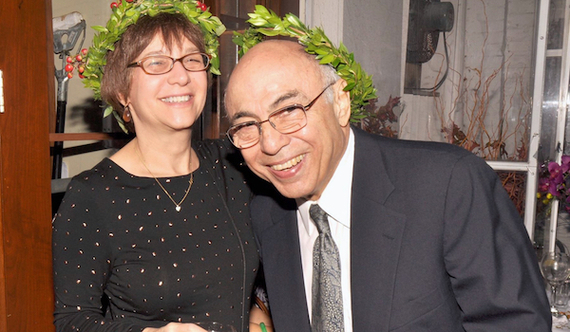 Prominent New Yorkers such as Cindy and Irwin Iroff attended the event to help
the children of Greece. Photo: Mangala Weerasekera/The Stewardship Report.

As I stated in my presentation, with the nation teetering on the cliff and children arriving to its shores by the thousands, any help at all can change lives there - in spite of the daunting challenges. 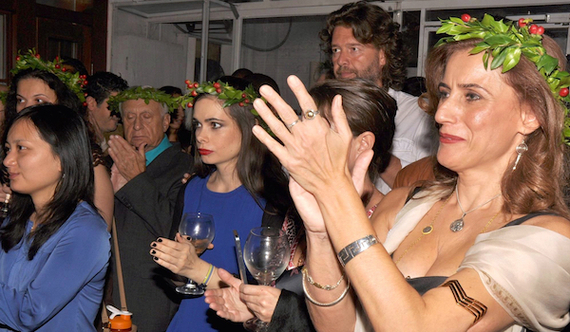 This is because the problems there are so insurmountable the Greek government alone cannot solve them. Neither can the European Union - or even United Nations. We all need to do our part. 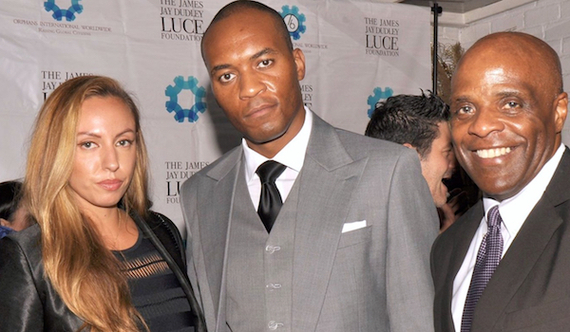 Poets and physicians joined us in raising funds in support of Greek and
migrant children. Photo: Mangala Weerasekera/The Stewardship Report.

The Hellenic Fund will strive to identify orphaned and migrant children in Greece to become Luce Leaders, Fellows, and Scholars. 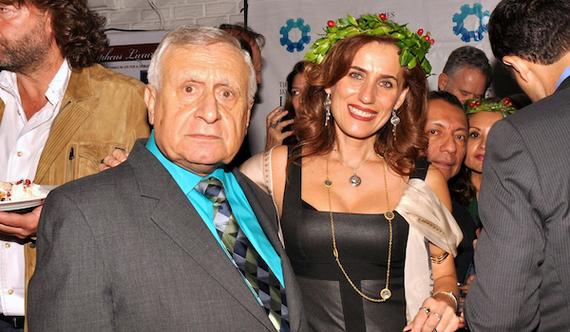 Historically, Greece has enjoyed a high standard of living and good quality of life. But since the 2008 Recession, the nation has faced serious economic and financial crises. Families with children have been hit particularly hard and child poverty rates have risen by over half - to over 40%. Hardest hit are 1.9 million children under the age of eighteen in Greece. 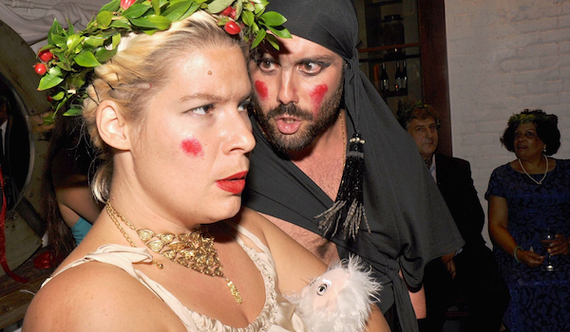 I shared with those gathered staggering United Nations and UNICEF statistics: 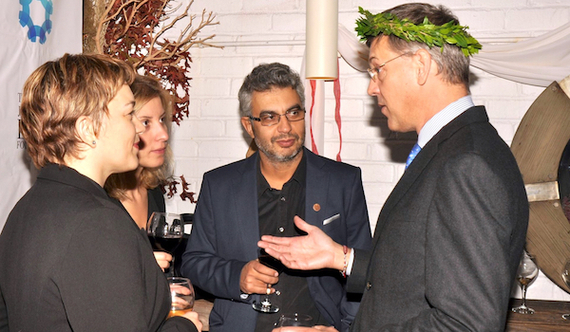 The author explains to new friends the purpose and importance of the Fund.
(L to R) Eva Halkias, Chrysi Kasimis, and Kostas Kamberis with the author.
Photo: Mangala Weerasekera/The Stewardship Report.

Into this abyss sail migrant and refugee families -- many children becoming separated from their parents -- from countries much worse like Syria or Afghanistan. UNICEF reports that one in every four refugees in Europe is a child. With the 500,000 refugees already arrived in Greece, that represents 125,000 children. 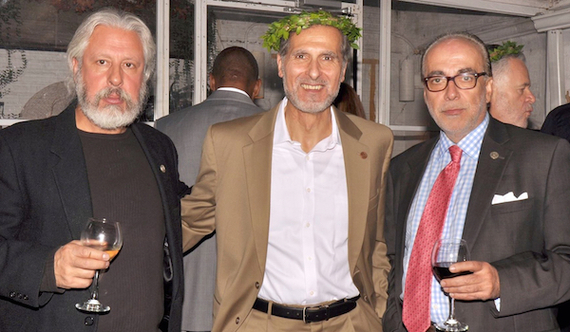 Tragically, not everyone makes it to Greece - many perish along the way. I elaborated at the event: 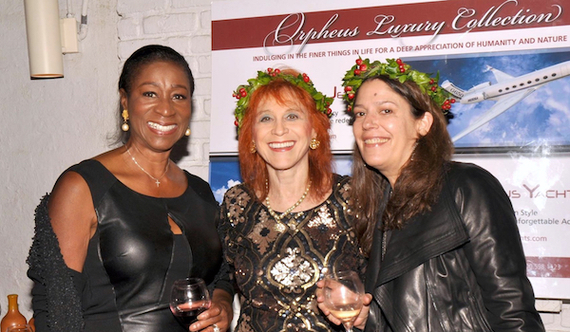 What has drawn me to collaborating with The Orpheus Luxury Collection - and its president Georgia Nomikos is her passion not only for children, but for the ideals of Hellas. Greeks have shared ideals & ethical values built on foundation of fundamental human virtues shared by Hellenes since ancient times. 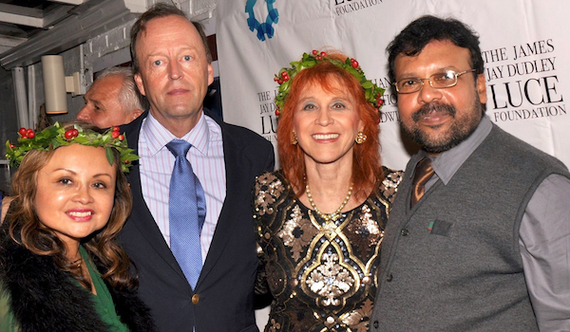 These include reciprocity, the virtue of Xenia - "hospitality" -- food, drink, clothing, shelter. This is a sacred obligation overseen by Zeus imparting a sense of social obligation to help the less fortunate. 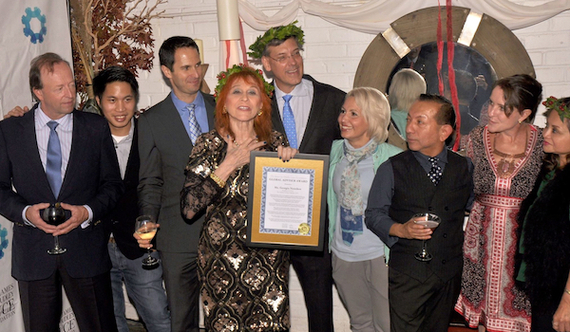 The word philanthropy comes from the Greek - 'love of humanity' -- in the sense of caring and nourishing what it is to be human. This is what we must do for the children, Greek and refugee, in Hellas. 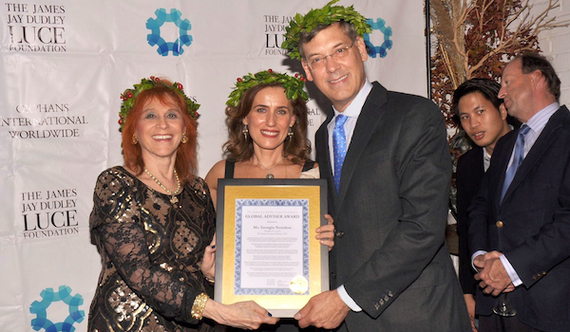 The highlight of the evening for me was honoring Georgia Nomikos for her contributions with our Foundation's Global Adviser Award. This award is reserved for individuals working to better humanity, either in the U.S. or abroad, who embody the characteristics of honor, intelligence, benevolence, and stewardship. 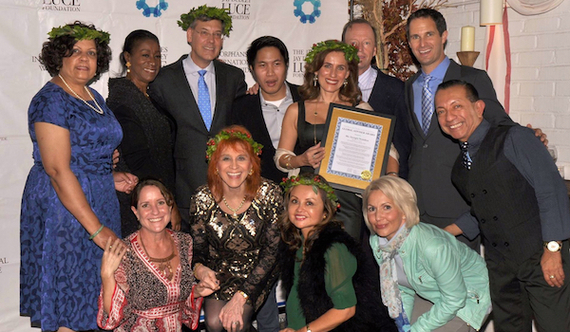 I will return to Greece in May with a group of young global leaders to visit orphan and refugee projects and meet the children there. We will also meet with government officials and NGO representatives, as well as with academic leaders exclusively created and organized by the Orpheus Luxury Collection for the J. Luce Foundation Young Global Leaders. 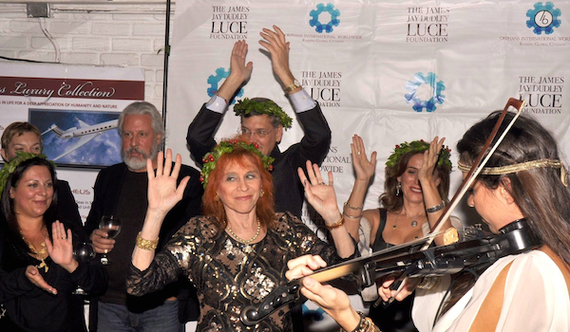 Of course, the need in Greece is larger than any government or even the U.N. can address - but if every citizen of world did something, the situation there would only improve. Bringing our young global leaders to see for themselves the situation and allowing them to become part of the solution is extremely exciting for me.

I thank everyone who attended the Launch of the J. Luce Foundation Hellenic Fund in person or in spirit - for showing the world New York cares about the children in Greece. That we are, in fact, Hellene! 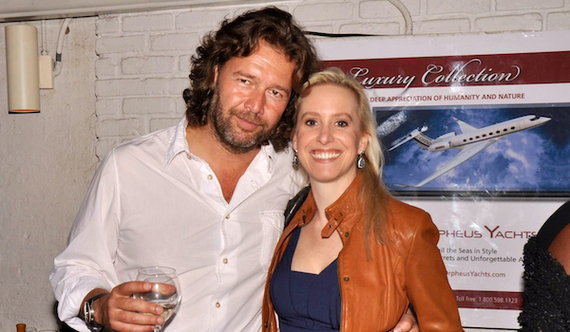