Equating science with atheism is one of the most dangerous byproducts of America's culture wars. This strange polarization portends disaster, as the country divides into factions that cannot find common ground on the way the world operates. And it goes without saying that there will be no agreement on what should be done when scientifically significant issues need political action.

I was reminded of this a few days ago when Beacon Press released my book: Saving the Original Sinner: How Christians Have Used the Bible's First Man to Oppress, Inspire, and Make Sense of the World. The book was inspired by the controversy raging in evangelical Christianity about whether Adam and Eve were actual historical figures. Recent advances in genetics have made it quite clear that the human race never consisted of just two individuals and Christian geneticists have been working overtime trying to convince their respective faith communities they need to pay attention. Most of them are not. 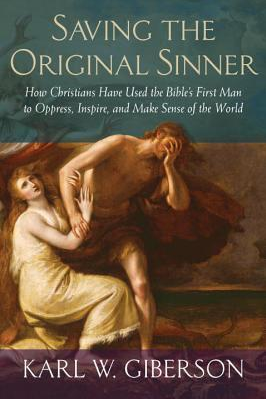 In the book I show how Adam evolved from an obscure character in Jewish literature to the "Central Myth of the West," and now stands as an almost impenetrable barrier to millions of Christians accepting modern science.

Many Christians, unfortunately believe their faith requires a "first man" who sinned and brought trouble on the world (feminists can thank two millennia of patriarchy for getting the "first woman" off the hook). The central Christian theme is "Creation-Fall-Redemption": God creates a perfect world; Adam "falls" by sinning, wrecks everything, and God curses the creation with death and suffering; and Christ redeems the world. In this picture Adam and Christ function as symmetrical "bookends": Adam breaks everything and Christ fixes it.

Adam and Eve thus stand on the bullseye of the controversy about evolution -- a controversy that has taken on new urgency over the past few decades as the human genome has been mapped. This progress has established with near certainty that humans are closely related to chimps and bonobos, with whom they share a common ancestor; that the human race originated in Africa millennia before the events in Genesis took place; and that the human race never consisted of only two people. The conclusion is clear: The couple described in the opening pages of the Bible never existed -- and thus could not have precipitated the disaster known as "The Fall."

Without Adam, the traditional formula that has long defined Christianity must be reinvented and many Christians are convinced that this is impossible. Millions of Americans would prefer to reject science, rather than bid farewell to the first man: "The denial of an historical Adam and Eve as the first parents of all humanity and the solitary first human pair," warns the influential and widely followed Southern Baptist theologian Al Mohler, "severs the link between Adam and Christ which is so crucial to the Gospel."

I was reminded of the starkness of this division this week when the first discussion of my book began to appear. The journal Books & Culture ran an interview with me discussing the book and the first comment to appear was the following:

"All this is a good example of believing man's word instead of God's Word. That is, making a compromise with atheists."

If this were a single voice it could be ignored. But the sad reality is that this view runs through much of evangelical Christianity in America. It has taken up residence in the GOP, where denying various sciences -- evolution, geology, climate science -- has become a de facto requirement for election. Many evangelical colleges have it in their faith statement. Public school teachers find themselves embroiled in controversy simply teaching the material in the Biology text. Ken Ham's entire Answers in Genesis project is based on it. The starting point for so many Christian has become the absolute truth of a particular interpretation of the Genesis creation story. And any alternative viewpoint is now understood to be a "compromise with atheists."