Finding money to pay for news is an obsession haunting media executives worldwide, a constant in journalism-related conferences, and it's not likely to disappear any time soon.

That's because the very essence of journalism is going through metamorphoses causing its traditional producers sleepless nights and no small measure of whiplash.

"Emerging technologies and changing social trends began to disrupt established media business models long before the latest crisis on Wall Street," according to the authors who note that the news industry is transitioning away from print and broadcast distribution to mainly digital platforms.

The 14-chapter, 189-page paperback is a valuable reference loaded with background information about the state of the journalism profession and how print media in particular have had to rethink their modus operandi. 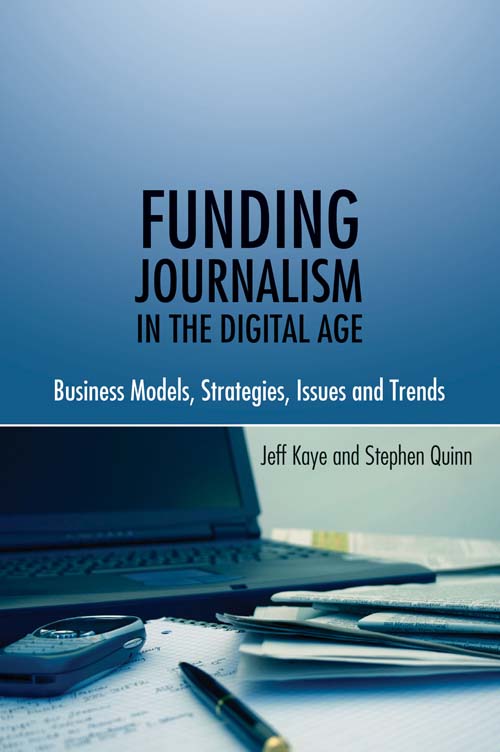 "The ability of online content to reach a global audience means that the increased competition among news sites publishing stories on the same topics is driving down the value of news," Quinn and Kaye wrote on the challenges of paying for journalism.

They examined news organizations competing with other content providers like social media outlets to reach audiences already inundated with news, advertising and all manner of information.

The big issues media face are whether or not to provide free online content, how to connect with their respective audiences, how to satisfy those audiences' information needs, how to cut newsroom costs, and, how to innovate.

The authors deftly explained how the news media entered the digital age, in some cases, limping and reluctantly, and how the newspaper business model became obsolete.

When newspapers hit cyberspace in the 1990s, charging for online content and pay walls weren't as vital as they've become today, as the infrastructure and web technology didn't lend themselves to online payment systems back then.

As early as 2003, news executives became aware that the classical advertising revenue model wasn't enough to keep them afloat financially and that online possibilities were endless, if adopted cleverly.

But, as British editor/managing director of Northcliffe Electronic Publishing Keith Perch remarked in 2004 about fears of his biggest competitor in the future: "A guy with a video camera attending his son's football match."

Quinn and Kaye explained that sponsorship and philanthropy have also been drawing more attention and offering an alternative to advertising, serving as useful examples in funding costly investigative journalism projects. 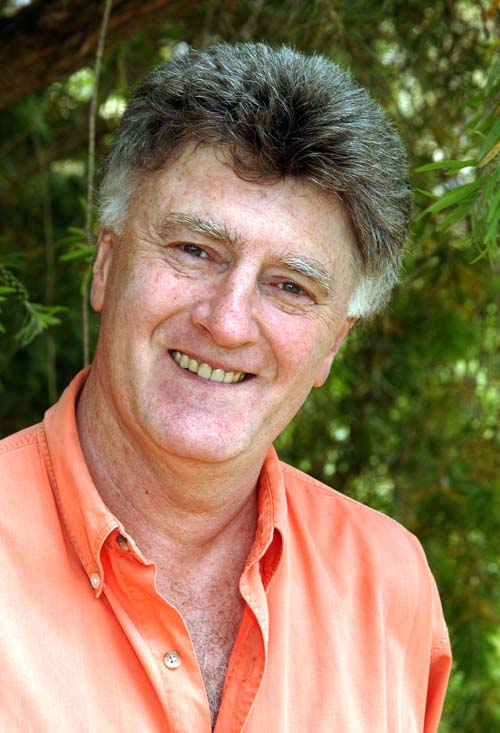 "In March 2009 the Huffington Post blog launched an investigative journalism fund with an initial budget of $1.75 million," they said. "The money came from the HuffPost and The Atlantic Philanthropies."

But they warned that relying entirely on non-profit funding sources had drawbacks, so they recommended a mix of options to avoid being held hostage financially by one group or another.

An alternative, they wrote, was micro-funding and micro-payments.

"In the context of journalism it is deceptively simple: A broker, which might be a media organization, gathers contributions from a large number of small investors. It uses that money to produce a specific form of reportage, such as a documentary or a piece of investigation journalism. Once the story is sold, the investors get their money back or it is re-invested to fund another piece of journalism."

They cited the San Francisco-based Spot.Us as one of the best examples of crowd-funding.

It's premised on a journalist posting an idea for an investigation on the site, along with the cost. The site accepts micro-donations associated with the story idea, with all individual donations going to the targeted project

The micropayments model proposed for all types of media may help some news organizations but it's no panacea for their assorted financial woes.

"One problem with this solution is that it wouldn't work for one publisher if a competing publisher decided to provide the same, or nearly identical, content for free," UC-Berkeley journalism professor-cum-blogger Alan Mutter was quoted as saying.

So where else can media turn for funding and cost-cutting?

Collaboration between mainstream media and citizen journalists, better known as the professional-amateur (or pro-am) scheme, family ownership and trusts, and, emulation of the Scandinavian Schibsted model, after the knowledge-based firm that puts a premium on hiring talented people, by allowing them to learn more, and by developing good leaders.

If such options don't cut it, news organizations can turn to narrowly-focused niche and passion content aimed at specific groups willing to pay for it.

Niches can be built around communities engaged in an activity or special interest to produce "passion publishing."

Not to be overlooked is the partnership model like the one grouping The New York Times, the Public Broadcasting System (PBS) and the University of California at Berkeley Graduate School of Journalism where students contribute to the news gathering and production operation in return for academic credits, fame and experience.

While rich in content and solutions, the book doesn't offer a single ideal model for the media.

Instead, Quinn and Kaye offer a combination of business models that require innovation, experimentation, collaboration, entrepreneurship and creativity in their €22.70 (US$ 29.62) guide published by Peter Lang (www.peterlang.com).

Both are seasoned journalists and academics. This is Quinn's 14th book and his other books with Peter Lang include Convergent Journalism: The Fundamentals of Multimedia Reporting and Conversations on Convergence: Insiders' Views of Twenty-First Century News Production.