Andrea Quintero, a homeless trans woman, was found beaten to death on July 29th alongside Rome's Termini station. Since then, her remains have been unclaimed by family members or friends, until Jesuit-run Centro Astalli stepped forward to organize a funeral with the assistance of civic officials and the Catholic charity organization Caritas, says the National Catholic Reporter.

Her funeral was held on Friday at Rome's Church of the Gesù, the mother church of the Jesuit order to which Pope Francis belongs. A Vatican spokesperson referred to it as "the church of Francis" in a tweet, which could also be read as the church of St. Francis, “in the sense that it’s a classic gesture of mercy for someone who lived and died at society’s margins," according to NCR.

Centro Astalli’s Jesuit director Fr. Giovanni La Manna said that the service was meant to remember Quintero's life, but also to send “a signal for the entire Roman community that’s distracted in the face so many people who face discrimination, and who live their difficulties to the indifference of our city," according to Raw Story.

The Local reported that Cecile Kyenge, Italy’s integration minister, and Rome Mayor Ignazio Marino, were expected to attend. There were white roses for her at the funeral.

Quintero was interviewed by Italian paper Corriere della Sera a mere week before her death, in which she outlined some of the horrible struggles she's faced, including beatings which left her with a paralyzed arm and a limp. She told her interviewers that her dream was to "meet a guy with money who'll get me out of this ugly life."

Originally from Colombia, she was 28 at the time of her death. She called herself the "Trans of Termini," a reference to the busy Rome railway station that she often frequented.

Her murderer still walks free as of today, as police have made no arrests for Quintero's death. 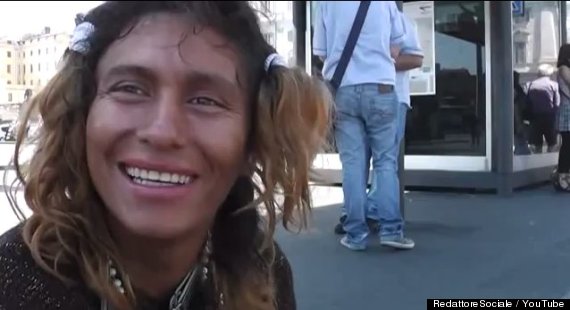