If the internet has taught us anything, it's that people will do almost anything to avoid an awkward face-to-face breakup.

Below, 12 of the laziest breakups we've ever had the displeasure to see. Read 'em and weep.

Alfred would be so ashamed.

Ripping breakup lines from "Sex and the City" isn't any better than that "Batman"-inspired business above.

We've never wanted to mutter "kids these days" under our breath more than we do right now. 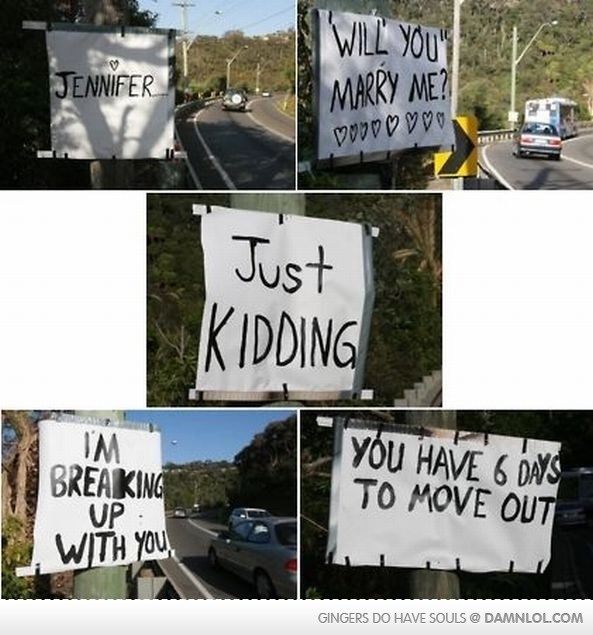 We hesitate to call this a lazy breakup; the guy did have to walk a few steps to post each sign. 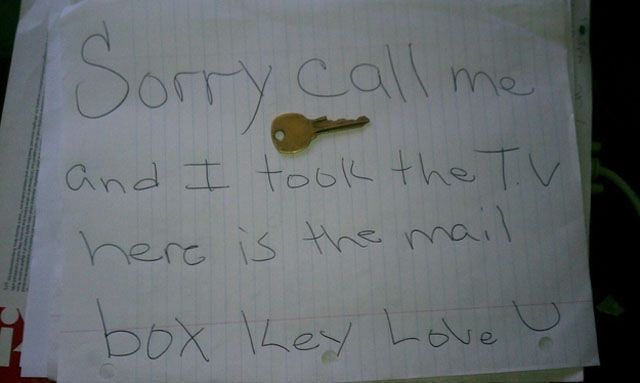 One thing is for sure: He or she is not getting a call back.

Drive by for the divorce, stop in for the conciliatory beer -- or eight.

Apparently, this Instagram post was a joke. But you know some 13-year-old punk is going to do this for real one day, thereby bringing shame to his whole family.

Now you're just making it hard for us to judge you, lazy dumpers.

Ooh, hittin' him where it hurts.