Oftentimes, a CAPTCHA consists of a line of warped text that (presumably) only humans, and not computers, can read. Users are then required to enter the text successfully to proceed.

Most of the time, the CAPTCHAs are innocuous and nonsensical--but sometimes, the computers generating the security key go a bit wild, offering up text that's hilarious, rude, inappropriate, and even insulting. Interestingly, however, only humans would recognize the offensive nature of these auto-generated texts.

We've collected some of the craziest CAPTCHAs on the web. Check them out below, then send us yours! 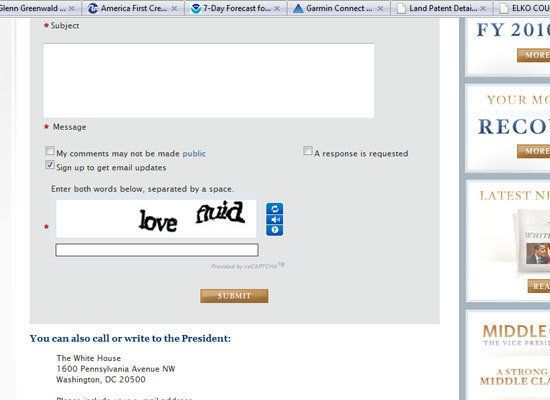