As the U.S. Department of Justice report on St. Louis County reveals, institutionalized racism has deep roots in Ferguson, Missouri -- and its history begins long before the protests of August 2014.

"Mike Brown's death is connected to [St. Louis County's] predatory money making system of tickets and fines," reporter and narrator Tim Pool says in director Orlando de Guzman's "Ferguson: A Report From Occupied Territory." He sees Brown's death as not the straw that broke the camel's back so much as "a stone, a massive cinder block" further straining an oppressive, deeply broken system.

Pool told The Huffington Post of a culture in which Ferguson residents "every day feel like they are going to get fined for some B.S. thing." He spoke of a system of for-profit policing that has led to the debtors prison by which law enforcement funds the city with citations for misdemeanors, disproportionately affecting young, black men.

Brown had been approached by Officer Darren Wilson for jaywalking -- an innocuous infraction not uncommonly ticketed in Ferguson. Pool interviewed two young men for the film who said they were fined $500 each for jaywalking, despite the lack of a nearby crosswalk. "There are some three or four block stretches where you can walk with no crosswalk," Pool said. "It's kind of crazy to think you have to walk half a mile if you don't want to get fined $500." 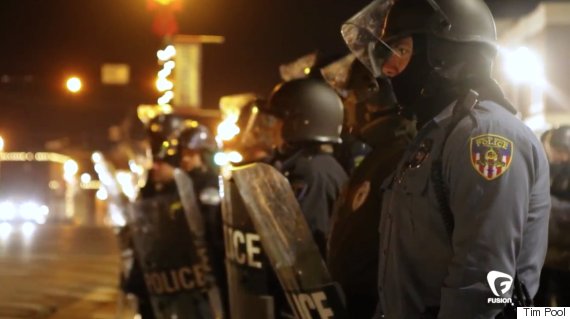 While "Ferguson" opens with a look at the protests in response to Brown's death, the narrative quickly zooms in on the debtor's prison and justice system which seems deliberately structured to discriminate against the black community.

"It's systemically intentional," said one lawyer who works in the court system. "I'm not saying that one municipal judge sat down and said, 'I need to save white supremacy. What does that look like?' I'm not saying that. But the system is incredibly effective at what it does."

While living in Anaheim, California, Pool set off for Ferguson after riots began following Manuel Diaz's death in 2012. He grew up on the South Side of Chicago and was all too familiar with the police tactics he wanted to investigate in St. Louis County. The wealthy side of the neighborhood took Pool by surprise, a side of Ferguson we didn't hear about amid the protests and excessive police force by which they were met. 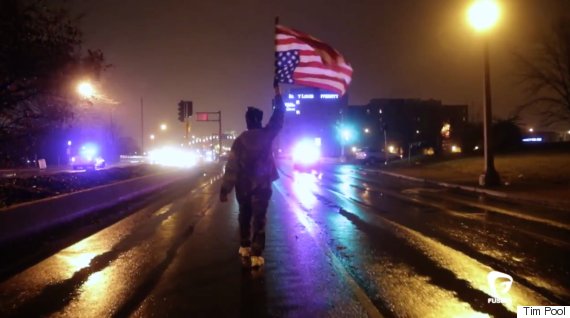 At one point in the film, Pool drives with a Ferguson resident to see the other side of town. "We went a half mile and we saw stables, horses, houses with two or three cars. He said, 'Ferguson is nice, it's not just a black community. There's a wealthy side to it' ... When people go to court and pay fines, 98 percent of those people are black, but Ferguson isn't just a black community."

Pool wrapped up filming around the time the DOJ report was released, disclosing widespread injustice within the Ferguson Police Department. Among the findings, it was revealed that, as of December 2014, the FPD had warrants out for an astonishing 16,000 individuals, primarily "for minor violations such as parking and traffic violations," reports NBC News. Pool's response to the official findings: "Yep, that's just obvious to the people that live there."

Pool is unflinching in his statement that Brown's death and the Ferguson justice system are connected to this reality and finds frustration in most media outlets' unwillingness to make such clear assertions.

"What I find is that sometimes people are scared that -- and, again this is my opinion -- the truth will seem too far to one political direction," he said. "The truth is the truth." 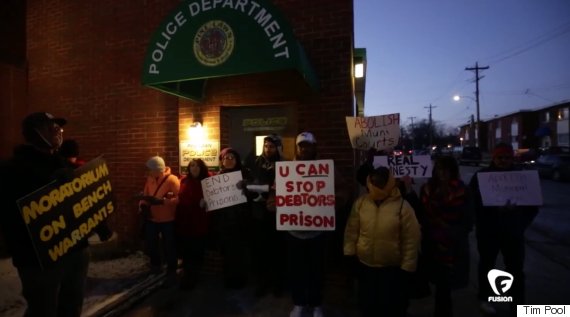 In that regard, he and de Guzman along with co-producer Katina Parker have received numerous comments in response to the documentary that it is "racist against white people" (as if that is even possible).

"My approach is just to be pragmatic and report what we find," he said. "I feel like, in a lot of other areas too, a lot of outlets are scared that if they make these connections and say flat out what this is that people will perceive them as being [biased]."

That cautiousness is part of what prevents us from having the dialogue we need around Ferguson, and racism in general. And Pool doesn't think that's an acceptable obstacle to hide behind. "I think there's a fear for a lot of outlets of alienating their audiences," he said. "I'm not concerned with what everyone else is reporting. We just went down there and we found what we found."

What The Hallmark Is Going On? All The Christmas Stuff Is Here Starting Now