On Tuesday, a conference will be held in Kuwait to raise funds to feed the starving people of Syria. This crucial donor meeting can draw a little inspiration from history.

For it was almost seventy years ago to the day when nations rallied to bring food to the starving people of the Netherlands. It was at the end of World War II, and famine had struck the Nazi-occupied country.

British and American planes airlifted food to the Dutch people. Truck convoys from Canada and others followed, bringing more life-saving food and supplies.

Think how many futures that were rescued by this heroic act. Children who may have starved to death were given a second chance.

Today, there are millions of Syrian children whose future also hangs in the balance with what we do, starting at this donor conference. 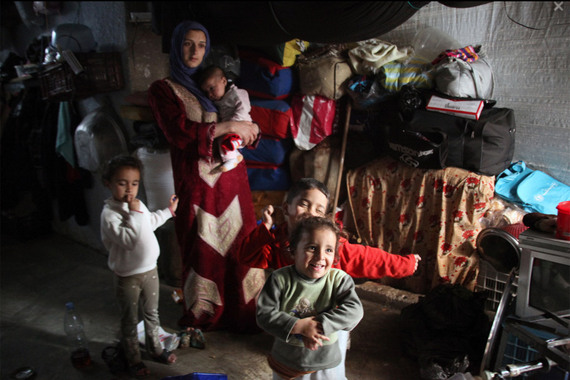 Syrians need a peace treaty to end the war in their country. They also desperately need food and they need it right away.

Think back to what U.S. food ambassador Herbert Hoover said upon visiting the ruins of Poland after World War II:

"Five million children should have more food and more appropriate food at once. Children cannot wait for reconstruction until some other time; their future is being made now."

Syria's children cannot wait either. Their future is being made now. They need food and other aid.

The UN World Food Programme (WFP) needs about US $25 million a week to feed close to 7 million Syrians. They need US $1.5 billion for the year. We can fund this entirely, which will ensure no ration cuts take place. We can make sure children do not suffer from malnutrition, which stunts them for life.

This month, WFP was able to supply Plumpy'Doz to the UN Relief and Works Agency (UNRWA), which brought food to the starving people of Yarmouk for the first time in months. Yarmouk, which is located near Damascus, has been blocked from aid by the fighting. A number of Palestinian refugees have lived in Yarmouk for years, but have fallen victim to the Syrian civil war.

Children in Yarmouk were able to eat Plumpy'Doz, which is a nutrient-rich peanut paste. The food can save children from malnutrition. It's only available if WFP has enough funding. They rely entirely on voluntary donations. Since WFP could supply the Plumpy'Doz, there are children in Yarmouk who are eating and getting much need nutrition, after months of going without. 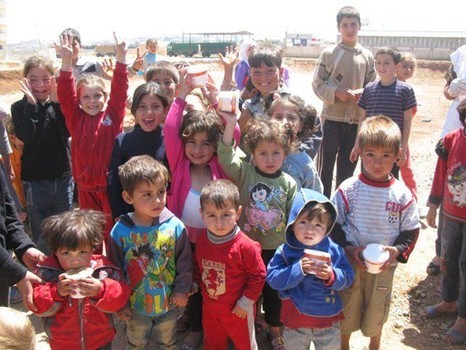 WFP and its partner agencies should be fully funded from the international community. We can give Syria's war victims the food, water, medicine and other aid to survive this war. We can give them a chance for a future.

In fact, WFP wants to focus on nutrition, helping Syrians recover livelihoods and supporting school children with food for education. This food and nutrition, if funded, can help war victims get through the most challenging period of their lives, hardships many of us can hardly imagine. For children the food can be the turning point in their life.

Thinking back to the heroic airlift of the Netherlands and the children it saved. One of the malnourished children who received the food is someone many of us are quite familiar with. In fact, you might see her on TV today on a movie channel. Her name was Audrey Hepburn.

Think about every time a donation is made to feed a child, the future that can be built from this generous act. So at this donor conference starting Tuesday in Kuwait, the world community should fund the relief of Syria. It can give hope and lay the foundation for peace in the Middle East.