You're already familiar with solar power, wind power, and even water power. But when it comes to the future of energy, those renewable power sources soon could be old news. Scientists and engineers are now building mashup versions of the renewable sources we're using today with the goal of generating power with even greater efficiency and sustainability.

"The next category is sort of putting together elements that already exist but haven’t been put together," John Rogers, senior energy analyst for the Union of Concerned Scientists, told The Huffington Post in a telephone interview. "What comes to mind is solar and wind... or putting solar panels in places they haven't been put before."

That's not all. Work is continuing on fusion energy, and scientists are also exploring ways to harness energy from space. Check out the video above, and/or read the transcript below for four promising sources of energy that may power our future. Don't forget to leave your thoughts in the comments below. C'mon, talk nerdy to me!

Fossil fuels like coal or oil are great at providing power, but they also give us pollution, climate change, and even wars. That’s why scientists are seeking alternative and renewable sources of energy to power our future homes and cars. What will the future bring when it comes to energy? Here’s what scientists have determined either to be working or to have significant promise.

Hey everyone. Jacqueline Howard here. Renewable sources of energy have been in use for quite some time now. We have water, wind, and solar. But these sources account for only 13 percent of America’s electricity generation. Looking ahead, scientists not only hope to combine these sources into hybrid versions of themselves, but there are also some untapped renewable sources of energy that show promise. Here are just a few examples of what you could see in the future that may seem totally sci-fi but are actually very real.

1. We may beam down energy from space.

Now this sounds like something from an episode of The Jetsons. But Japan is mulling over plans to build a space-based solar power farm--essentially a giant satellite that would include several so-called solar collectors (kind of like solar panels) to capture solar energy that otherwise would bypass the Earth. The energy would be transmitted to us here on Earth in the form of either laser beams or microwaves. Of course, this concept is still in the early stages of development. 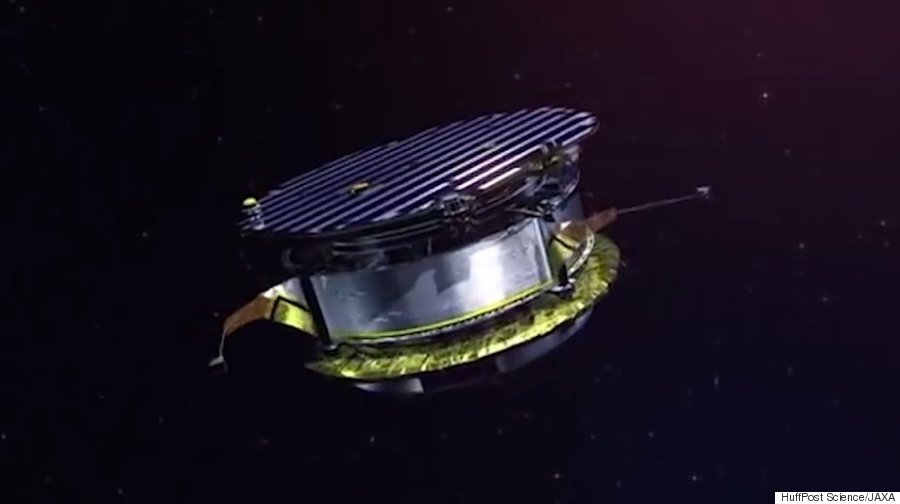 2. We may have solar panels in bizarre places.

Here on Earth, we’ve captured the sun’s power using solar panels on rooftops, carports, and even in windows. But now, we may see these solar panels all over the place. In Korea, for instance, engineers have lined up solar panels that cover a bike path, providing a tunnel to travel through. On the other hand, in the Netherlands, engineers have put energy-generating solar panels in the surface of a bike path. And in California, solar panels are placed over water reservoirs, not only to generate energy but also to block sunlight that may cause the water to evaporate. That’s important, given the state’s ongoing drought. 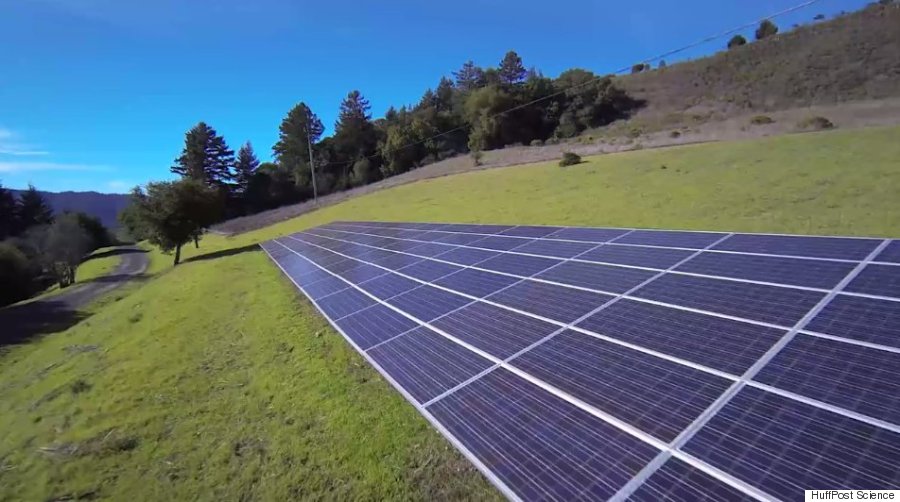 3. We may see a wind-solar hybrid on steroids.

Plans are afoot to build a massive 2,235-foot-tall tower in the Arizona desert that would produce clean energy. It would be the world’s second-tallest structure. Here’s how it would work. A series of pumps would send water to the top of the tower. The water would be injected out into a tunnel opening that’s part of the tower, creating a mist. There, the mist would mix with dry, desert air that had been heated by the sun. That dry air would absorb the water particles and become heavy, causing it to fall through the tunnel, creating wind that spins turbines at the base, which then power generators to produce electricity. 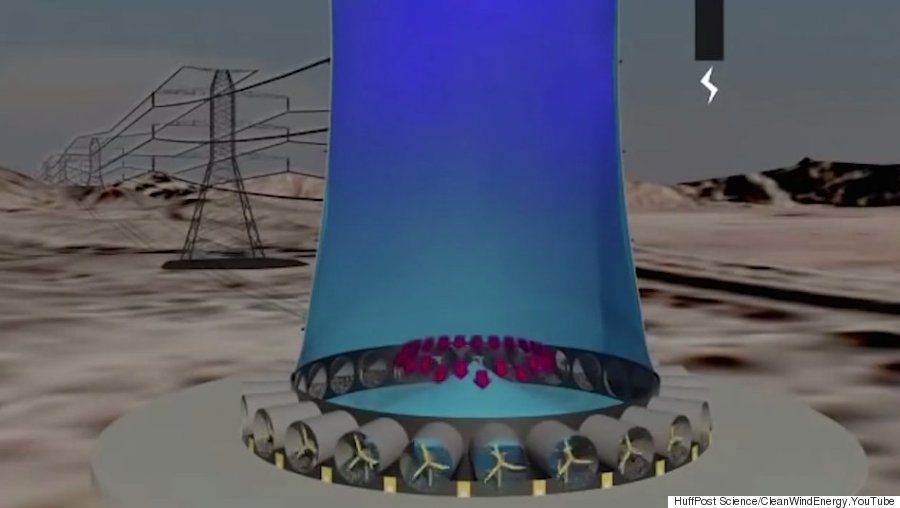 4. We may be fussing over fusion.

Yes, fusion energy. It may not be renewable energy, but it still may be a power source for our future. It’s produced when hydrogen reaches a temperature in excess of 100 million degrees Celsius. At that point, the hydrogen is contained in a high-powered magnetic confinement system, where positively charged hydrogen atoms, stripped of their electrons, fuse to form helium. This fusion produces energy.

An international research team is setting out to design and possibly operate the world’s first electricity-producing fusion power plant. It could produce energy around year 2027 at the earliest, but scientists are trying to think of a faster way to develop fusion energy as a viable source. 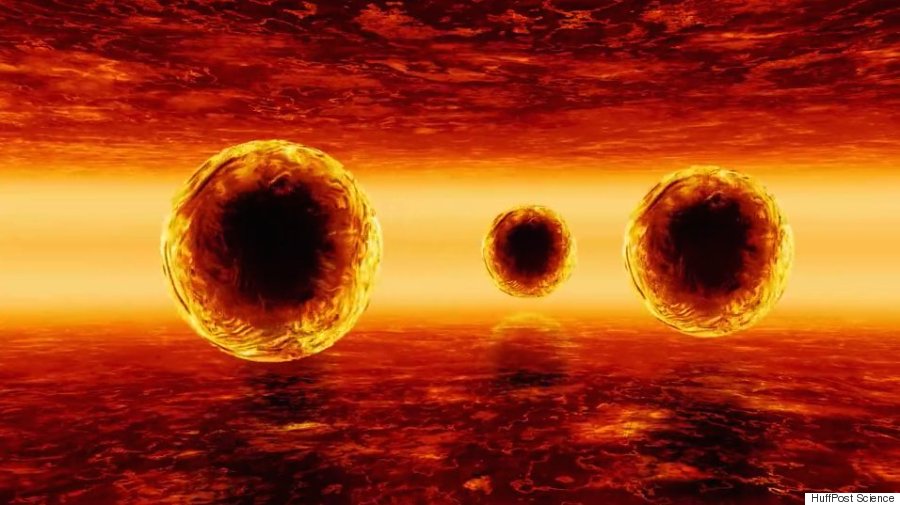 After all, fusion is what powers our sun. At extreme temperatures in our star, atoms react the same way to produce energy. That means, for all of human existence, most of our energy has come from nuclear fusion.

And think about the sources of energy we started using during the Industrial Revolution, some 225 years ago -- I’m talking about the oil, natural gas, and coal that powered buildings, machine tools, and transportation. Those fossil fuels are made of dead plant and animal matter that’s been compressed in the Earth for millions of years. Animals feed off of plants. Plants produce the material they need to grow through photosynthesis. The sun causes photosynthesis. See the connection here?

Nearly all sources of energy are linked back to the sun. But do you think the sun will remain our biggest source of energy? Or will we move on to space solar or even man-made fusion? What will the future hold? Let me know your thoughts.

Archi-future: 11 Green Buildings That Will Blow Your Mind