“Doing something is the way. Helping people in difficulty: This is the future of faith,” says Don Stefano Aspettati, director of the Borgo Ragazzi Don Bosco youth center. This center, dedicated to welcoming young people and providing them with professional training programs, is part of the Salesian Society.

One could liken the Borgo to a small town surrounded by a big city fraught with a host of difficulties. This is still Rome, but not the Rome that tourists see. This is Via Prenestina, which is around the corner from Quarticciolo, a tenement neighborhood trying to turn itself around. Here, where myriad cultures and religions converge, the faces of the troubled youth reflect the diversity of the community: Italian, Chinese, Syrian, Romanian, Egyptian, Bengali and many more. This is where a multi-ethnic Rome tells the story of workable, feasible integration, based on the simplicity of a human need that we all have in common: the need for affection.

“The Borgo was born in 1948, just after the War, to meet a pressing need that had arisen in Rome at that time: to help the sciuscià, the shoeshine-boy street urchins,” Don Stefano explains. Pope Pius XII asked the Salesians to take on the problem. They located an area to use, an old military fort that had been partially abandoned. They refurbished it, and after a few months it was ready to house the first 200 boys who came to live there, along with at least 6 or 700 other minors who came to the Borgo just for daytime activities.

Through the years, the Salesian became even more committed to the cause of supporting disadvantaged youth. They set up an area called “Getting New Wings,” a name that expresses their hope to give another chance to kids whose wings have become somewhat shriveled. Part of this area, known as Casa Famiglia, tries to set teens up with foster families. “In these last 12 years,” Don Stefano reflects, “Casa Famiglia has hosted kids from all over the world. The only continent missing is Oceania. The walls are covered with the flags from the countries where the kids who came through here were from.”

The kids who spend time at the Borgo took many different roads to get there. “We have a boy from Mali at Casa Famiglia who came to Italy on a refugee boat,” recalls Don Stefano. “He spent his first seven to eight months in a refugee camp. He couldn’t speak a word of Italian because he had only been with people from his own country, and hadn’t had any kind of schooling whatsoever -- zero education in his own country. At 16 years old, after a year with us, we’re still trying to teach him to read. But at least here he has found a safe place, a good starting point.”

There’s also the Youth Center, which may be the most original aspect of the Borgo. Kids from the ages of 16 to 20 who have dropped out of other educational programs show up in the morning. “Many of the kids come here to learn to read; [they’re] foreigners who came here without knowing a word of Italian. Then there are kids who never finished middle school, including a lot more Italians than people tend to think,” says Don Stefano. “Then there are kids who have their middle school diplomas and want to learn a trade, but can’t manage to find their way in traditional training programs. We have set up courses for them to learn to be hairdressers, restauranteurs, gardeners. Once they’re ready, they can make use of a job-search help desk.” In the afternoon, the center transforms to serve smaller children. Most of them are first or second generation immigrants who need not only scholastic support, but also socio-psychological help.

The numbers coming out the Borgo are remarkable. At the moment there are more than 300 kids enrolled in professional training programs there. More than 100 youths take part in the morning program, 80 in the job search and 40 in the afternoon. A lot of kids from surrounding neighborhoods are attracted to the parish youth center. All told, about a thousand kids pass through here daily.

“Every day in the courtyard there’s an assortment of kids coming from 10 to 12 different countries,” smiles Don Stefano. “It’s a melting pot: Bengalis with Egyptians, Tunisians with Romanians, Albanians with Nigerians… an amazing variety.” Not only is there an assortment of races, there’s also an assortment of religions. “There are Muslims, even though most of them are not practicing. There are many Orthodox Christians (from Romania and Eastern European countries), Buddhists (Chinese), some Hindus, a few Jehovah’s Witnesses…”

And this is where we open a key chapter for the future of the faith: tolerance and mutual respect. These are fundamental ingredients, particularly in this historic moment in time, when religious extremist group ISIS is trying to impose a totally different model.

“Our proposal is clear,” explains Don Stefano. “We are a Salesian religious community which even includes some priests. But this is clearly only a proposal. In all of our activities, there is a moment in which we talk about God and Jesus, but we are careful to remain open to all religions. We begin by discussing the kids’ own experiences –- about death, bitterness, hate… all things they have experienced first-hand –- to then move on to discussing deeper values.”

Don Stefano continues, “Every afternoon at the oratory, we have a moment of reflection. At 6 p.m. we stop all activity for 5 to 10 minutes. We give a thought to wishing everyone well and conclude with a prayer, but kids only participate if they want to. Once a week we share some good news: We look through newspapers and websites looking for some positive stories, preferably something not widely known and about some young person. We deal with themes that all religions have in common: forgiveness, mercy, caring for the hungry…”

The reason the Borgo works, according to Don Stefano, is because religious figures and lay people are willing to work side by side to help these kids. They collaborate on what is referred to as the pastoral educative community, taking on a common project to which each participant provides his or her particular contribution. Between instructors and other workers, there are about 150 educators involved.

“History is showing us that this is the only way that the Church can express itself,” continues the Borgo’s director. “By working together, we demonstrate reciprocal love. We have many people who are approaching -– or re-approaching the faith because they see us working with the poor, an aspect that is particularly moving and to which Pope Francis has made major contributions. These people see a community made up of individuals who are imperfect but trying to love one another and promote a better future for these kids. The goal is to provide the warmth and welcoming environment that many of them have never experienced at home. Seeing people who care about one another is more instructive than any lesson we could teach.”

The discussion inevitably returns to the future of the faith. “I think the Pope is putting a lot of emphasis on the issue of poverty because it represents the best way to get close to God and faith,” muses the priest. “Students arrive here to do their university internships. They start out convinced that that is all they are here for, and then rediscover the faith they had put aside after their first communion. Personal pathways get reactivated. The ‘do something’ concept -– particularly doing something for the desperately poor –- attracts a number of people who want a Church that does more than talk about problems, one that isn’t afraid to ‘get its hands dirty.’ A Church willing to get its hands dirty is the only the Church that will have any place in the future.” 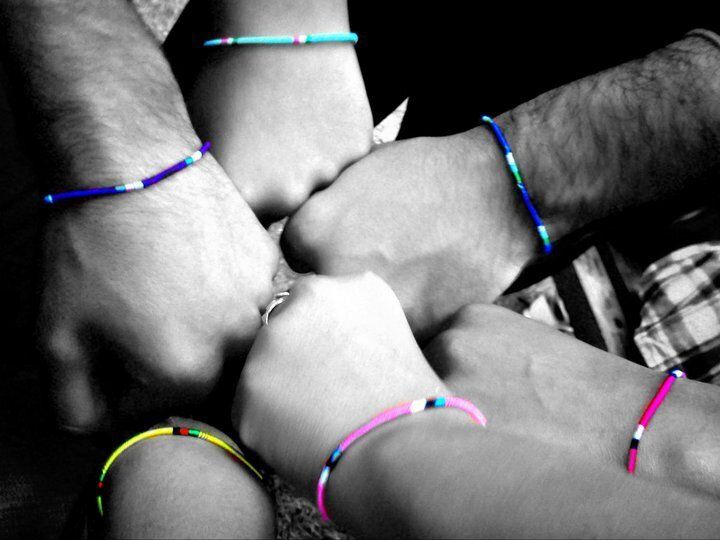