Since the breakdown in negotiations between Greece and its international creditors over the country's debts, it has become very difficult to follow the crisis. At almost every moment, a new European leader puts in his two cents. The Royal Bank of Scotland (RBS) published a memo on June 29 that sums up the different scenarios Greece faces once its residents vote on the proposed bailout plan in a referendum on July 5. The outcome of the vote, the possible resumption of negotiations, the European Central Bank’s (ECB) reactions, a possible exit from the eurozone... It’s all in there.

“If we start with the possibility of a 60/40 vote in favor of ‘yes’ going by recent polls, and assuming that there will not be a return to the Greek exit scenario in the case of a ‘yes’ victory, then we estimate the probability of a Greek exit at 40 percent maximum, against 10 to 20 percent in our previous estimations,” RBS explains in their memo. Follow this guide: 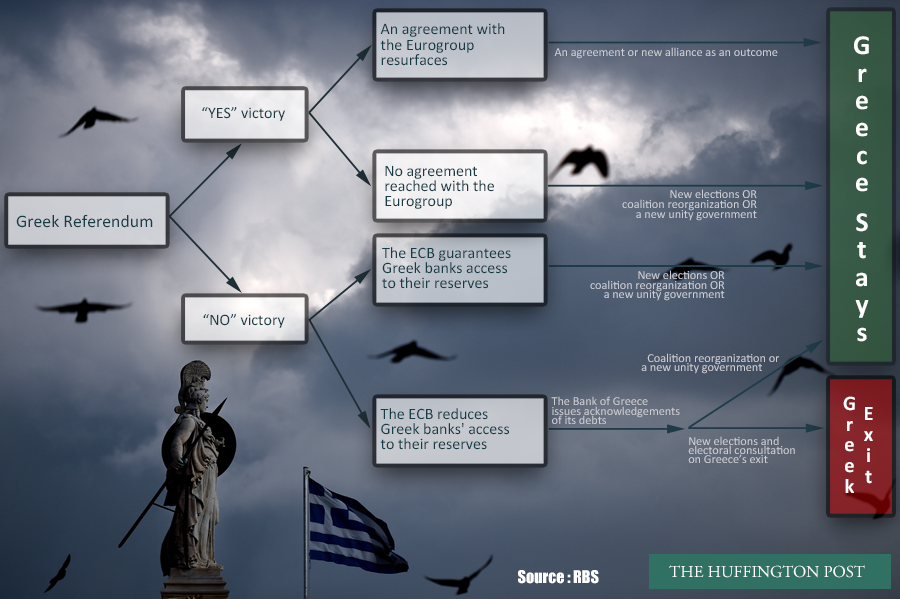 This post originally appeared on HuffPost France and was translated into English.