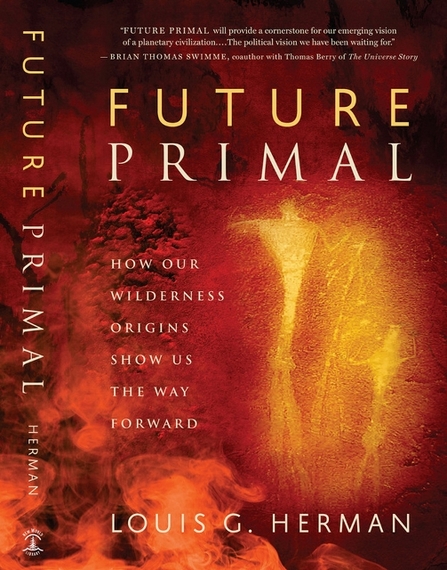 University of Hawaii Political Science Professor Louis G. Herman, the head of the political science department at the West Oahu campus, will never be accused of thinking manini. His goal is nothing short of transforming the entire world wide geo-political system.

His book, Future Primal: How our Wilderness Origins Show us the Way Forward (San Francisco: New World Library 2013), is a bold and imaginative attempt to sway hearts and minds away from the converging crises of violent conflict, political corruption and global ecological destruction.

Herman argues that for us to create a sustainable, fulfilling future, we need to reflect on our deepest past to reclaim the roots of our humanity. He tells a fascinating story of how a more fully human way of life can be fashioned by examining lives of traditional San Bushman, the hunter-gatherers of Southern Africa, who are the closest living relatives to that ancestral African population from which we all descended.

The Bushman can offer modern day homo sapiens an illustration of what life was like tens of thousands of years ago "when humans lived in wilderness, without warfare, walled cities, or slavery." What better teachers to draw from? When we combine this model of a more balanced human existence with the insights of modern science, Herman cogently shows how we can "create something radically new -- an earth-centered, planetary politics with the personal truth quest at its heart."

Is Herman some wild-eyed, neo Rousseauian? Hardly. Idealistic? Of course. A naïf? Not by a long stretch.

Born into a third generation, orthodox Jewish community in apartheid South Africa, Herman had a close and personal understanding of one the 20th century's nastier political systems. A native of Port Elizabeth, he lived a stone's throw from some of the oldest inhabited sites in the world. From a young age he had a keen interest in the San Bushman and the wisdom they could offer to the modern world. I think it's fair to say he was imbued with a deep reverence for Africa as the cradle of humanity -- the original Garden of Eden. 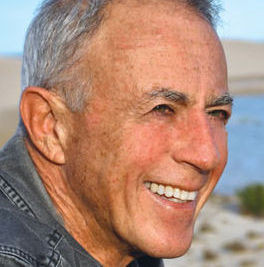 Educated in England, he studied medicine at Cambridge University but later opted, much to the chagrin of his physician father, to study philosophy. Raised as a Zionist, he moved to Israel to live on a kibbutz and later volunteered for the Israeli Defense Forces. After a life-changing wartime experience he returned to study political philosophy at the Hebrew University. Compelled to adopt a more global perspective on the Israeli Palestinian conflict, he moved to Hawaii where he completed his PhD at the University of Hawaii.

Herman's book offers a uniquely appealing and imaginative approach to the classical project of political philosophy. It integrates the story of the author's personal search with the great epic narrative of modern cosmology -- the emergence of self-reflective humanity out of a southern African wilderness on an evolving planet in an evolving universe. He shows how this astonishing big picture offers a compelling response to the unprecedented dangers and opportunities presented by our global crises.

Herman's presentation of the primal, the personal and the planetary is clearly influenced by the history of political philosophy, but it is made accessible by embodying much of the thought of Carl Jung, as expressed through the narrative of one man's search. Taken as a whole, the book offers nothing less than a new understanding of consciousness as a basis of a new paradigm for politics. Unlike past paradigms of political order, Future Primal seems to unlock dramatic possibilities of ongoing creative transformation; for at the center of this model is the practice of the wisdom quest itself: the never-ending search for the best way to live.

Isn't that what life is all about?