Time Magazine put an Instagram image of Hurricane Sandy on its cover (above) in its 12 November issue. 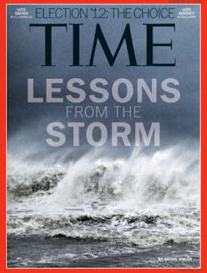 The photo is pretty impressive, but I am more interested in what it says, not only about the future of professional photography, but also videography.

When I founded Video News International in 1988, one of the first investors was Nick Nicholas, then the chairman and CEO of Time/Life, the largest and most widely respected media company in the world.

Nicholas liked my idea of equipping working journalists with small and easy-to-use video cameras and creating a global corps of professional video journalists.

Nicholas was well ahead of his time. He made me meet a few of the Life and Time magazine photographers. Could I, he asked, teach them to make video?

It was a great opportunity. What would a professional photojournalist do with a video camera if he could use it the way he or she already used a Leica? We would find out.

So it was that I began to train some of the world' best photographers -- like Dirck Halstead, David Kennerly, PF Bentley, Bill Gentile and Susan Meiseles, among others. And it worked.

But as with every step forward, born by new technologies, there comes an unexpected consequence. A few years into the project, PF Bentley, who was then the White House photographer for Time, invited me to go on a shoot.

We went to a big political rally, and were able to get up front. Bentley said he wanted to show me something really neat. He then proceeded to pull out of his camera bag one of the very first Canon digital cameras.

Today, this is the norm, but then, it was the very first one I (or anyone else for that matter) had ever seen. He held the camera over his head, pointed it in the general direction of the event he was covering and held down the button. The camera probably rattled off 30 or 50 exposures. Then he pointed it in another direction and did the same -- 50 more.

Of course, we were all used to film, so this was pretty astonishing. Even with a motor drive you couldn't do stuff like that. And with auto-focus, also unheard of, he didn't even have to look through the lens.

Then, he scrolled through the exposures for me. (That was novel as well.) They were sharp and some quite good. "Pretty impressive," he said. And it was.

But he was also carrying in his hands the very seeds of the destruction of his career. Because if he could do that, so could anyone else. They might not have his eye -- but maybe Time would not care. As it turned out, they didn't.

The use of an Instagram exposure on the cover of Time tells us volumes about not only where the photography business is going, but where the video business is sure to follow. How long will it be before iPhone videos replace the work of video professionals at TV's highest levels? 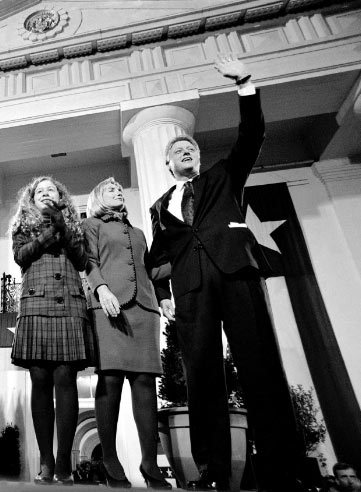 This article originally appeared on the Guardian.