Feeling as though you're walking around with your head in a fog can be a frustrating symptom of some psychiatric disorders.

And as a large new study shows, those feelings of brain fog aren't all in your head. University of Michigan research confirms that "fuzzy thinking" is indeed a symptom of depression and bipolar disorder that's driven by differences in brain activity.

The findings, which were recently published in the journal BRAIN, suggest that unipolar depression and bipolar disorder -- which are generally viewed as unrelated mood disorders -- may be more similar than we realize.

"We need to rely more heavily on what the neurobiology tells us, that these disorders may be more alike than they are distinct," Dr. Kelly Ryan, a neurobiologist at the university and the study's lead author, told the The Huffington Post in an email. "Also, difficulties in attention or cognitive control is likely an underlying trait of the disorder rooted in brain activity."

For the study, the researchers conducted a cognitive test on 612 women, two-thirds of whom had been diagnosed with major depression or bipolar disorder. The test, which is designed to measure control over cognitive functions like attention and working memory, asked the women to react quickly when certain letters were flashed on a screen amid other random letters. 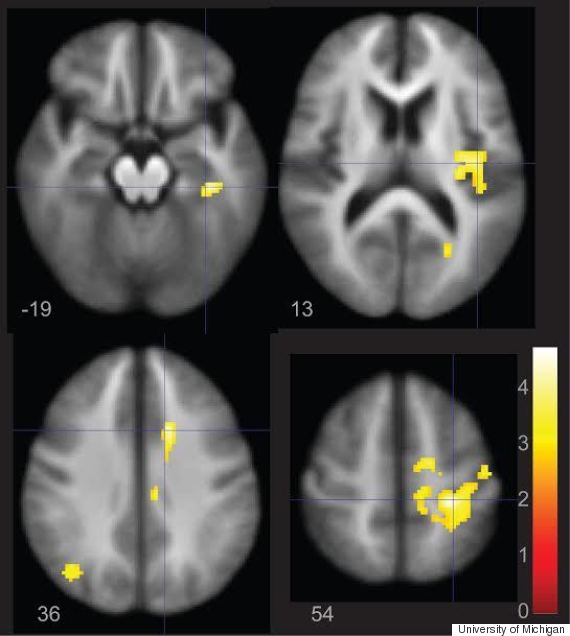 Why? Brain scans conducted on 52 of the participants showed that women with depression had abnormally high activity in the right posterior parietal cortex -- a brain region that helps to control executive functions like attention, working memory, problem solving and reasoning -- while the women with bipolar disorder had lower than normal activity in this brain region.

This shared cognitive impairment suggests that the two mood disorders may exist on the same spectrum.

“Traditionally in psychiatry we look at a specific diagnosis, or category," Ryan said in a statement. "But the neurobiology is not categorical -- we’re not finding huge differences between what clinicians see as categories of disease. This raises questions about traditional diagnoses.”

The findings may one day lead to improved diagnostic tests and treatments. But for now, understanding the causes of cognitive impairment as a symptom of these mood disorders could help with early identification of the disorders.

"Understanding that cognitive dysfunction is rooted in the brain, regardless of which mood disorder ... may help to identify risk of developing such disorders," Ryan told HuffPost.