Okay, I confess: FX's The Americans has maintained its death-defying tension longer and better than I thought it could.

This tale of two embedded Soviet KGB agents in 1980s Washington, which launches its fourth season Wednesday at 10 p.m. ET, has never let its characters drift more than one good wave away from getting washed over the falls. 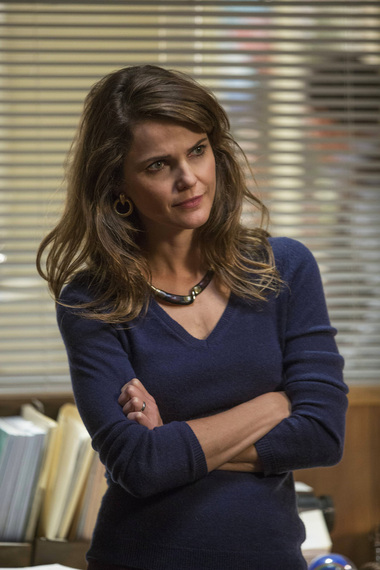 It's a familiar game and on most shows it's a short one. By the end of a couple of seasons, we've seen all the moves and it's time to abandon ship.

The Americans has kept us on board.

Philip Jennings (Matthew Rhys) and his wife Elizabeth (Keri Russell), above, were Soviet intelligence recruits sent to the U.S. in 1965 to start acting normal. Years later, when they had built an unsuspicious backstory, they started being useful to the KGB.

Meanwhile, they had two children who were raised as Americans and shielded from what Mom and Dad did for a living.

Creator Joe Weisberg, a former CIA agent, has always said The Americans is a show about family, with espionage simply a backdrop to the challenges that, really, every family faces.

He may be underestimating here. Finding out as a teenager that your mother was suspended in high school for wearing a miniskirt isn't in the same league with finding out Mom sometimes had to kill people to keep stealing American military secrets.

In any case, the spy part generates the show's adrenalin, and it doesn't abate in the opening episodes of Season 4. 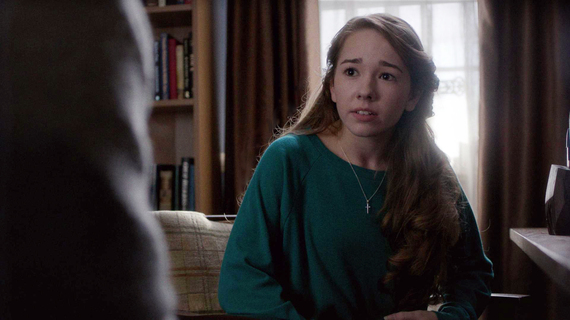 As we rejoin the Jennings family, Philip and Elizabeth have told some of the truth to their daughter Paige (Holly Taylor), above. They left out the murders, but did 'fess up about the spying, which at least helped explain their weird hours.

Dropping this on Paige opens up a fresh new storyline, and Weisberg's team makes it hum, even as it threatens to blow the whole espionage mission open. Again.

From the first episodes of Season 1, Philip and Elizabeth have been in constant danger of exposure, repeatedly bobbing right up to the falls.

For starters, their neighbor Stan Beeman (Noah Emmerich) is an FBI agent and not a stupid one. Somehow Stan has never connected any suspicious dots.

It's eerily reminiscent of Hank Schrader, Walter White's brother-in-law on Breaking Bad. For years Hank, who also wasn't stupid, never caught the clues that Walter was the guy he was desperately trying to bust. 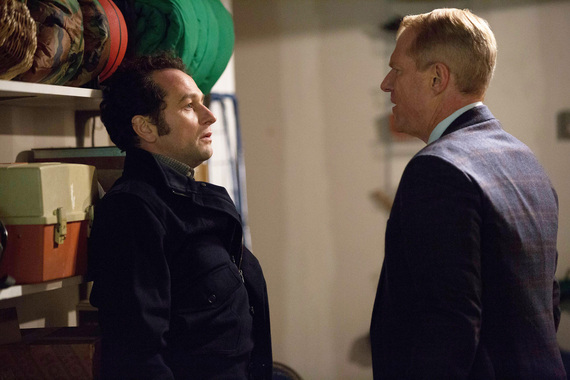 In any case, Stan (above) is hardly the only threat Philip and Elizabeth have had to parry. Like Walter White, they always find a way.

They kill people and either cover it up or shift the blame. They silence anyone who could threaten them with exposure. When there's a potential leak they always have the right piece of chewing gum to plug it up.

They out-politic their own handlers. Philip convinces Martha Hansen (Alison Wright), who works at the FBI, to marry him and start telling him office secrets, even though little about the logistics of their "marriage" would seem credible outside Wonderland.

Meanwhile, over 16-plus years, the Jenningses have somehow never made any slip or left any clue that would cause their children or friends to think they are anything other than Mr. and Mrs. Suburban America.

Heroes, or anti-heroes, can escape the brink only so many times on most shows before dramatic fatigue sets in - even on a show as good as, say, Homeland, which felt it in Season 3.

The justly revered Sopranos had some, frankly, very ordinary episodes in its last couple of seasons.

Exceptions are few. Breaking Bad. Sons of Anarchy. On a less lethal level, Mad Men. All those shows, significantly, wrapped when their creators felt they had covered all the fresh turf.

Fans of The Americans, and FX too, would doubtless love to see this show run until the Soviet Union and the Berlin Wall crumble.

That feels like a lot to ask. But it's also true that any time The Americans has seemed like it could spring a leak so far, it has stayed sturdily afloat. 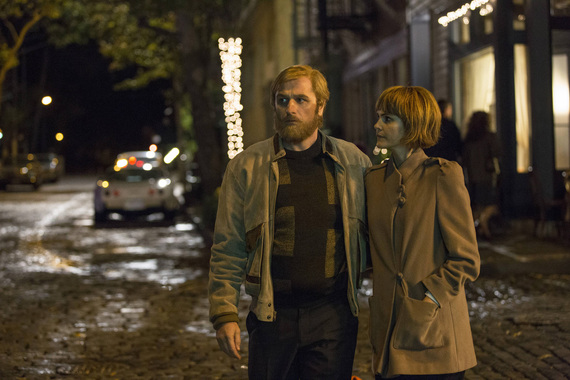 At the end of this season it will have run 52 episodes, exactly the same as Breaking Bad, and likely with the same kind of critical glow. So who knows? Maybe the costume department will run out of wigs before the writers' room runs out of perilous escapes.