My older brother came home from Boston and declared,

This was the beginning of his career as a musician and my career as the bassists' brother. The year was 1994, my brother Jim Prescott was the bass player for a three piece combo that was to sell millions of cds, tour the world repeatedly and have a die-hard following that stands today. Twenty years later the original trio is hitting the road for the first time in five years. 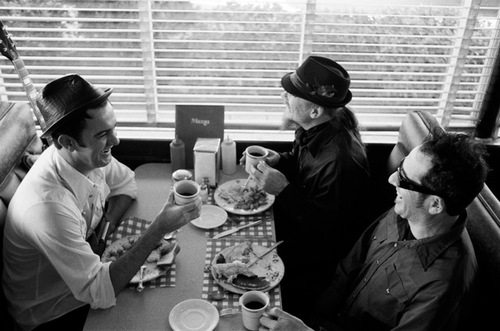 The new album is titled Sugar.


G Love and Special Sauce came together in Boston, Massachusetts, featuring G Love, aka Garrett Dutton on guitar, vocals and harmonica, Jeffrey "The Houseman" Clemens on drums and Jimi Jazz playing an antique stand up bass. Their sound is bluesy, but there is more to it than that.

"How would you classify the band's music? Blues? Hip-hop? Jam band?"

"It's all those. It works in dancehalls and it can work around campfires. It felt like what John Lee Hooker would've been doing if he was born in the 70s. But instead of retreading those old blues motifs like "Got my mojo working," G Love was writing about garbage men and homelessness. Today, we'd put some dumb name on it, like 'urbanized country folk,' but back then, nobody had that sound. Nobody."

If you were in the music scene in 1995, you remember "Baby's Got Sauce" "Blues Music" and "Cold Beverage". It was the beginning of a wild ride for the band, and as the bass player's younger brother I was along for the ride. G Love and Special Sauce became known for their energetic live shows. They were an integral part of redefining rock and roll in the mid-nineties, which included elements of hip-hop, jazz and funk more than ever before.

This era spawned some amazing bands and performers playing what has been loosely called "jam band music"; Dave Matthews Band, Phish, Widespread Panic, Blues Traveler and Ben Harper were rising to fame and G Love and Special Sauce were in the thick of it. I was right in the thick of it too, hopping on the guest list, partying on the bus and having a ridiculously good time.

In hindsight, I was blessed to be hanging back stage with John Popper and or in the studio with John Medeski. I also got to experience some of the places concert goers only hear about, like the Spinal Tap-esc tunnel that runs under Red Rocks from back stage to the soundboard. It was a serious party and sometimes things got crazy as is prone to happen in rock and roll, like that time the bass player from Sublime nearly kicked my ass.

Jimi Jazz took a hiatus from the band in 2009, the grind of the road and the strain on the bands interpersonal relations were reaching a peak. As an outsider any band is like a marriage, except with a bunch of people all taking the vows. They are all working toward the time they get to spend on stage playing music. This is the time they cherish. The actual work is in the airports, the bad food, the crowds of strangers and trying to stay healthy while 10,000 people a night are cheering their germs at you. 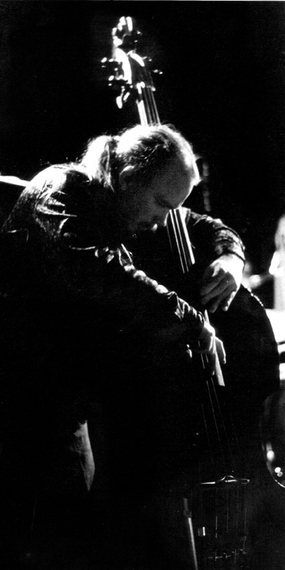 Jimi Jazz on the Bass.

Last week I asked Jimi Jazz about the hiatus,


"The last few years there on the road, I was acting like it wasn't driving me crazy... but it was. In retrospect it was something I needed, a kind of sabbatical, but five years was a bit long."

What have you been doing?

"Well, playing a lot of jazz and writing my own compositions. I also did some work in film and actually did marketing work for Adidas. It was really invigorating for me to get behind the camera and point the spotlight, rather than have it pointed at me. I feel like my perspective has really evolved in the last few years."

How did it all go down?

"Our soundman Chris got married a few years ago in the Caribbean. All the extended G Love family was there, a wedding is a special thing you know, we hung out, a lot of music was played and we just kind of fed the vibe. Things evolved naturally from there."

"Sugar is the name. I'm on a few tracks as well as special guests Ben Harper, David Hidalgo from Los Lobos and Merry Clayton, who is an amazing soul singer that has sung with everyone from Ray Charles to the Rolling Stones."

"Yes, we are going out on the road in February. We plan to play our first album in its entirety during the first set of each show. We are gonna tear it up."