A German liquor company is turning heads this week due to its limited-edition line of spirits, which the brand promises were all poured over a model's naked breasts before being bottled, the New York Daily News reports.

The G-Spirits company, started by a pair of former bartenders, was founded on the principle that liquor is about both taste and that "special feeling" one gets when drinking.

"For us there is nothing more than the erotism of a beautiful woman," the website states. "To create the perfect taste we let every single drop of our spirits run over the breasts of a special type of woman, a type we recognize in this liquor.'

To that end, G-Spirits is offering rums, whiskeys and vodkas, every drop of which has been poured over a woman's chest.

Fans of whiskey may be more interested in G. Whiskey No. 1, a 12-year-old single malt from Scotland, matured in barrels of sherry and poured over Alexa Varga, the 2012 Hungary Playmate of the Year. "A singlemalt which is unrivalled in its class, just as its representative Alexa," the website proclaims. These bottles will set buyers back 139,00 € (about $179) plus shipping.

The cheapest offering from G-Spirits, however, is the G. Vodka, which has been poured over Evelin Aubert, a "successful playmate and finalist of the Miss International Hungary" contest. The bottle is priced at a cool 119,00 € (about $153).

All of the liquors are delivered in custom-made bottles adorned with their model's image and come with a signed certificate of authenticity.

KTLA's anchors were unable to keep a straight face when reporting in Los Angeles.

"This is what really gives us men a bad name," one of them comments, "Because there will be guys out there buying this stuff!"

Seeming to anticipate the inevitable questions about hygiene involved when liquid comes in contact with bare skin, the website assures naysayers that "We pay high attention to a hygienic filling process, furthermore medical personnel is present to check it." It's a little unclear what "checking it" entails, however.

Perhaps surprisingly, G-Spirits' products are not the most bizarre alcoholic beverages ever marketed. From wines filled with baby mice and snakes to these jaw-droppingly expensive bottles of tequila, people will pay a lot of money for that ultimate alcoholic experience. 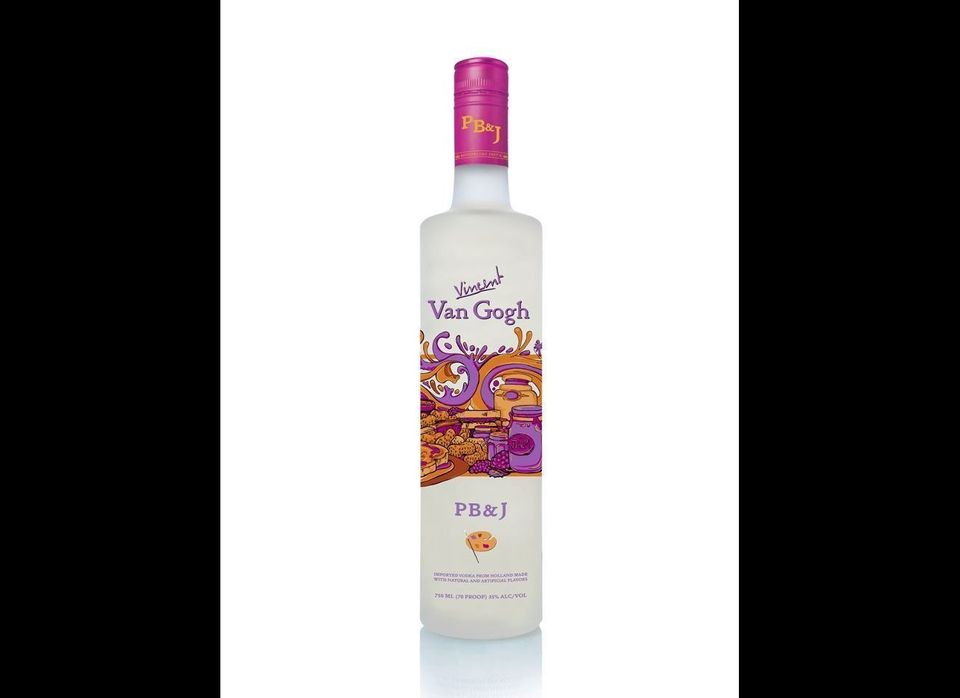