Gabby Douglas now has an individual all-around gold medal to go with the team gold she won with her U.S. teammates. Dubbed the "Flying Squirrel" for her impressive array of aerial skills, Douglas edged Russian gymnast Victoria Komova, who took silver. Bronze went to Aliya Mustafina of Russia by way of a tiebreaker after American Aly Raisman finished with an identical score of 59.566.

The 16-year-old Douglas scored 62.232 while Komova scored 61.973. The Russian star took the last turn on the floor and couldn't reach the score needed to overtake Douglas. Beaming after finishing a sterling turn on the floor, Douglas could only wait and watch. Komova needed a score of 15.36 or higher to pass Douglas for gold but only earned a 15.100 for a solid routine.

Douglas opened with a 15.966 on the vault, despite coming perilously close to stepping off the track on her landing. In first place after the first rotation, Douglas scored 15.733 on the uneven bars, 15.500 on the beam and closed with a 15.033 on the floor.

Douglas' all-around gold medal marks the fourth time that an American woman has won the event, including the two previous golds won by Nastia Luikin (2008) and Carly Patterson (2004). Mary Lou Retton was the first American woman to win the all-around title in 1984.

“A lot was going through my mind, I was like, ’Yes all the hard work has paid off,’” Douglas told reporters, via Bloomberg, after being award her second gold medal of the London Games. “I was speechless. Tears of joy and just waving to the crowd.”

Having performed in all rotations during the U.S. team's gold medal effort in the team competition and captured individual all-around gold, Douglas' triumph over teammate Jordyn Wieber at the U.S. Olympic Trials no longer seems like such an upset.

Entering the London Olympics, Douglas' teammate Jordyn Wieber was the favorite to win individual all-around gold. In a surprising turn of events, Wieber didn't even qualify for the individual final, finishing behind Douglas and Aly Raisman during qualification and missing out due to the two-per country rule.

Not long after Douglas won gold, Wieber congratulated her teammate on Twitter.

Congrats @gabrielledoug! You are the Olympic all around champion and you deserve it girl! 💙❤ 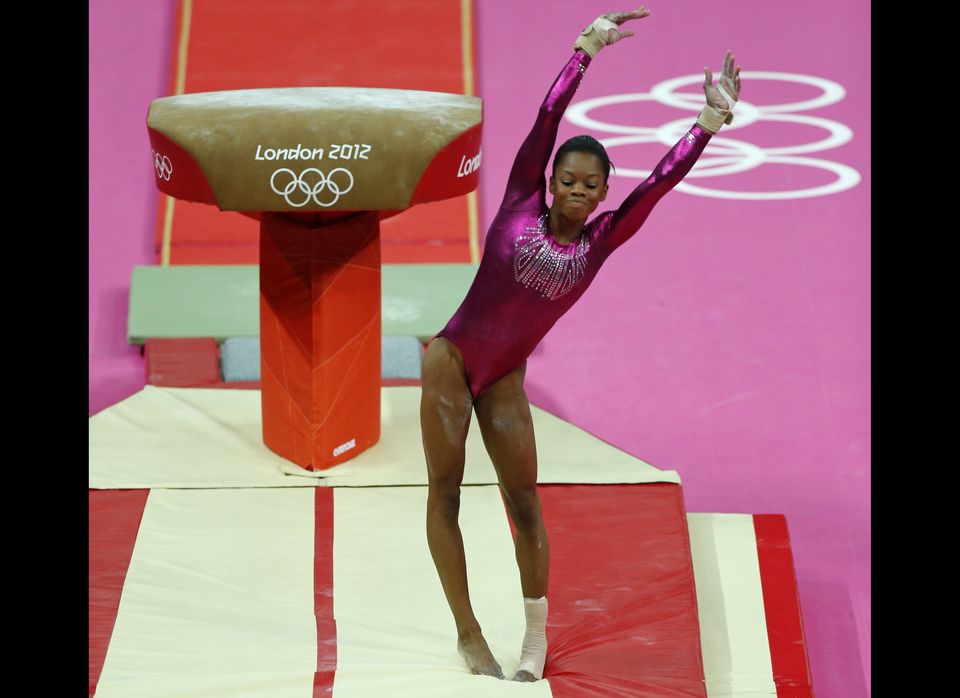