Gabby Douglas, the 16-year-old 'Flying Squirrel', has made us all proud by helping the USA women's gymnastic team win a Gold medal for the first time since 1996. But instead of giving her due applause many are asking: What is up with her hair?

The debate over black hair has clearly reached its pinnacle. Kinky haired women are criticizing those who don't embrace their natural texture. Women with relaxed hair are firing back to desperately defend their straightened locks (even Oprah has jumped on the natural hair bandwagon). It seems Gabby's hair is the latest mane to be caught in the crossfire.

After Gabby's big win an onslaught of people took to Twitter to broadcast their thoughts on her infamous 'do:

Not long after the backlash began, Gabby's gymnastics fans came to her virtual rescue:

http://t.co/i0lNGMjG If you want to ride Gabby Douglas for her hair, you should be open to her coming over to critique your muscle tone.

While we'll admit that Gabby may be guilty of double dipping into the gel jar (and so are her teammates) we don't think it should take away from the shine she deserves. Can we please stop using Gabby as hair war ammunition?

As young gymnasts ourselves we remember finishing an amazing routine only to get points deducted for trying to tame a pesky flyaway. Sadly our gymnastic careers ended rather abruptly but we sympathize in spirit. We wish we'd given more thought to our hair clip distribution. No matter what your stance is on this Gabby Douglas debacle last time we checked we didn't win a Gold medal at 16. Did you?

P.S. if you need something more exciting to discuss, check out Gabby's, um interesting, rendition of the "Dougie." 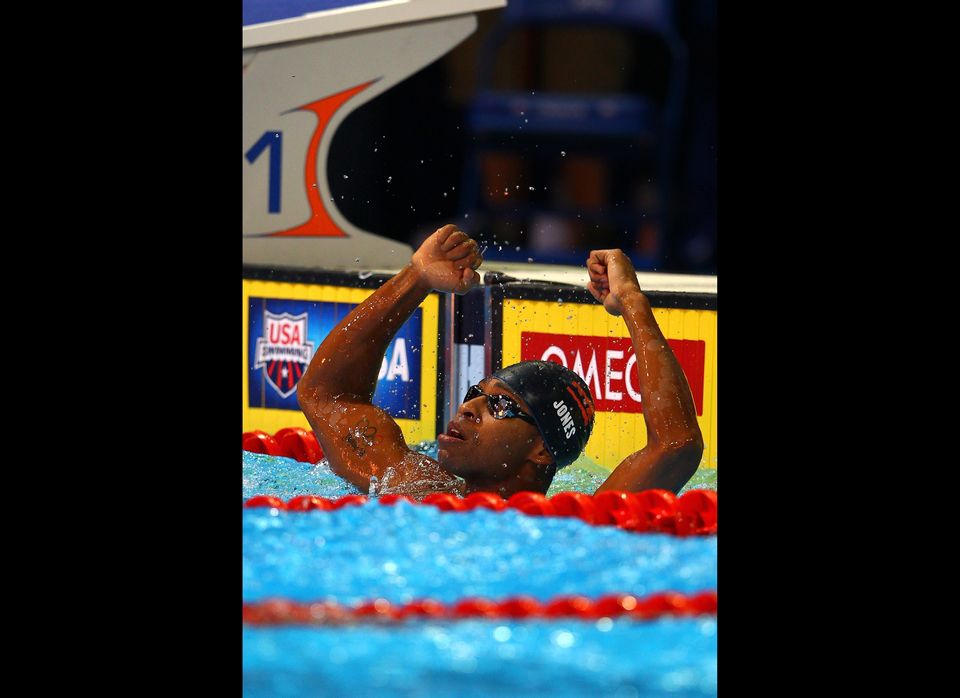 1 / 10
Cullen Jones
After almost drowning at the age of 5, Cullen Jones made it his goal to conquer the water. Now, at 28 years old, Jones has become one of the fastest freestyle sprinters in the country, taking home the gold and setting a world record at the 2008 Beijing Olympic Games. As the second African American male swimmer to qualify for the Olympics and to win a gold medal, Jones will be diving back into this year's games in London, where he could possibly shatter even more records.
Getty Images