As if the futuristic architecture of Frank Gehry's Disney Hall wasn't trippy enough, Gabor Ekecs has created disorienting photographs of the iconic structure by using a number of perspectives to create one impossible image.

Ekecs, a photographer from Munich, Germany, warps architecture as if it were saltwater taffy. Whether fanning a building out or compressing it like an accordion, Ekecs breaks down the expectations of what a building can be. “I want to break open three-dimensionality" he wrote on his website.

The photo collages combine paradoxical angles and fractured edges to create a dizzying architectural sight. Ekecs draws inspiration from the already dreamlike architecture of Gehry's modern masterpiece and takes the building's bold whimsy to the next level.

The exhibition press release states: "Familiar images of the Los Angeles experience are forced to shimmy and veer off at strange oblique angles, a crazed architectural dance that celebrates the symbolic and mythic potential of architecture even in a city that thrives on continually re-creating its myths and infrastructures on a regular basis."

The deconstructed icon will show at PC Colour Lab from March 8 until March 31 in Los Angeles. 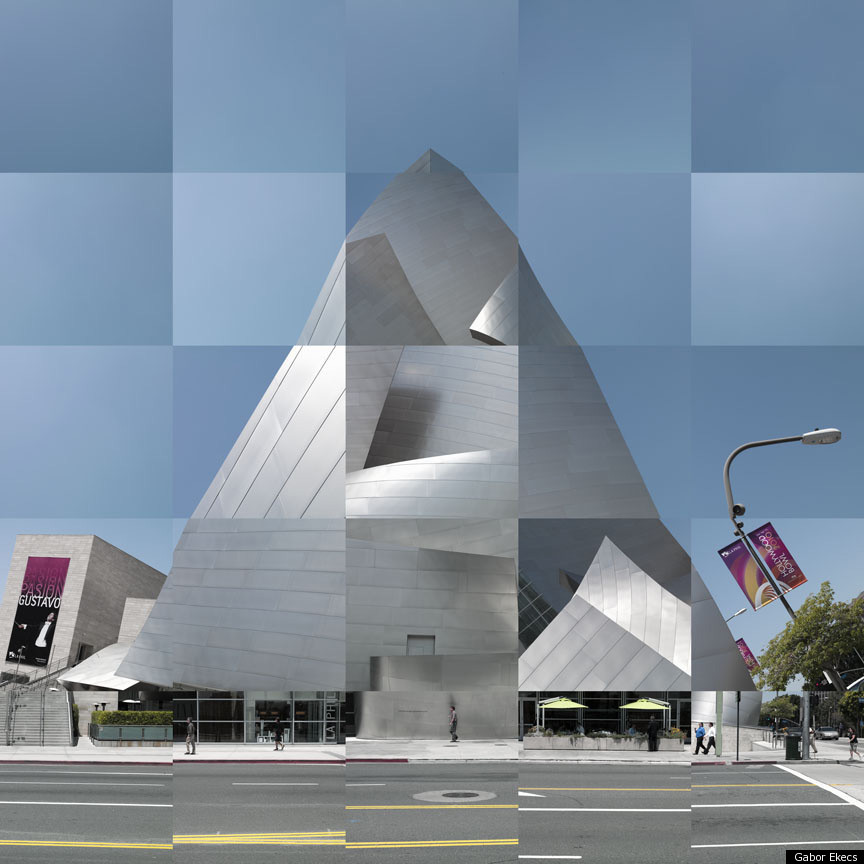 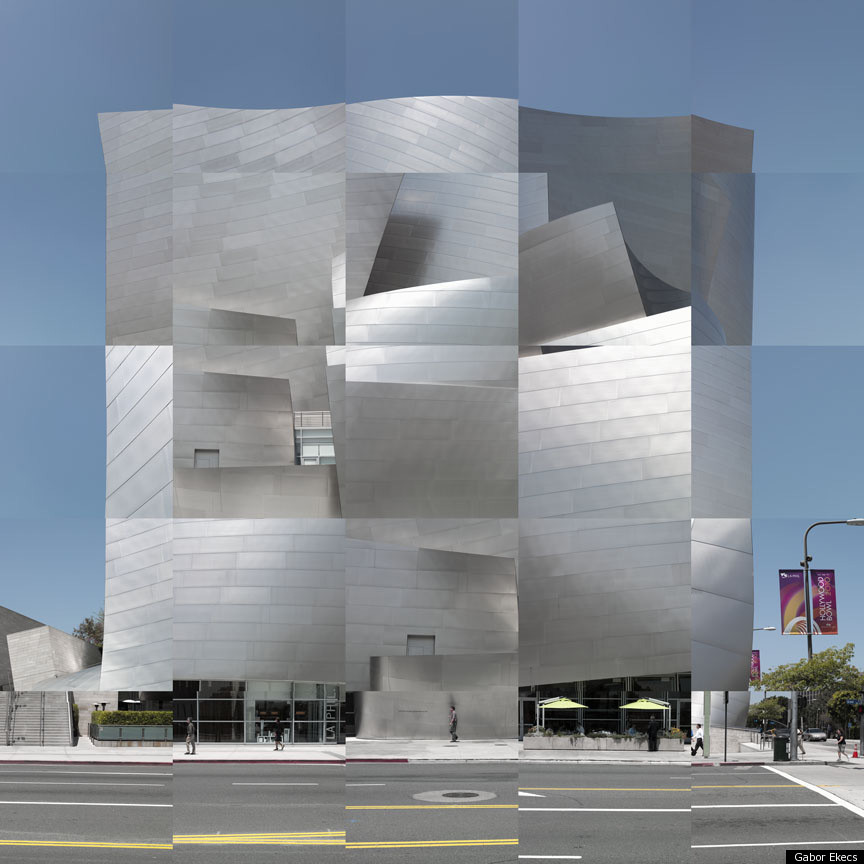 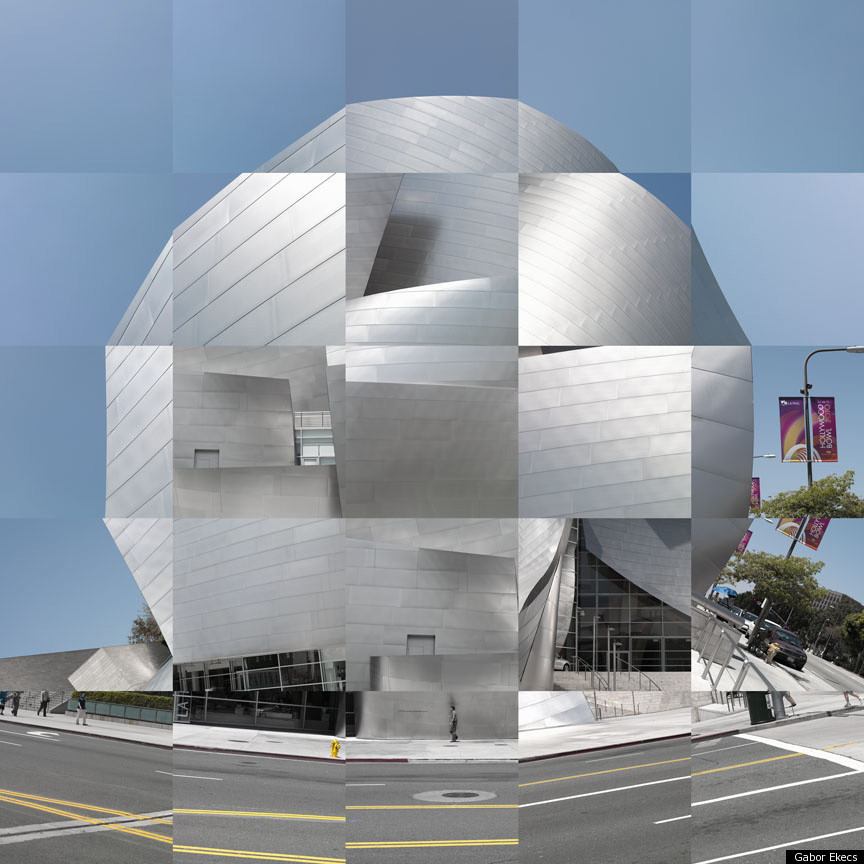