When professional mountain climber Gabriel Filippi quit his attempt to climb Nanga Parbat in Pakistan this weekend, he narrowly escaped a Taliban attack that killed everyone else in his expedition.

Taliban gunmen dressed as police killed 10 foreign mountaineers and a Pakistani guide Saturday evening in their camp near the summit of the peak in northern Pakistan. Canada's QMI agency reported that Filippi had left camp earlier in the day to return to Islamabad, having decided to focus on his family.

The Quebec native, a world-famous mountain climber, learned of the attack that killed the rest of the expedition upon his return to Montreal. Filippi released a brief statement, in which he remembered his fellow climbers and said that he felt fortunate to be alive and back with his family.

"I can only be grateful to be alive today," Filippi said. "I ... want to especially honour my climbing partner, Ernestas, and other climbers who died, with whom I shared a cup of tea, chatted or helped on the mountain."

According to The Washington Post, the Pakistani Taliban attack was the terrorist group's response to a U.S. drone strike that killed its second-ranking commander, Waliur Rehman, in May.

A spokesman for Hauser Exkursionen, a company that arranges expeditions to Nanga Parbat and other high peaks in northern Pakistan, told Deutsche Welle that it would cancel a trip planned for July 8, but that it would be "wrong to 'close down' Pakistan for the next few years."

The fatal shooting, which The Associated Press described as "one of the worst attacks on foreigners in Pakistan in recent years," occurred in a part of the country popular with tourists. Although Sunni and Shiite Muslims have clashed in the region, there typically has been little violence against tourists there. 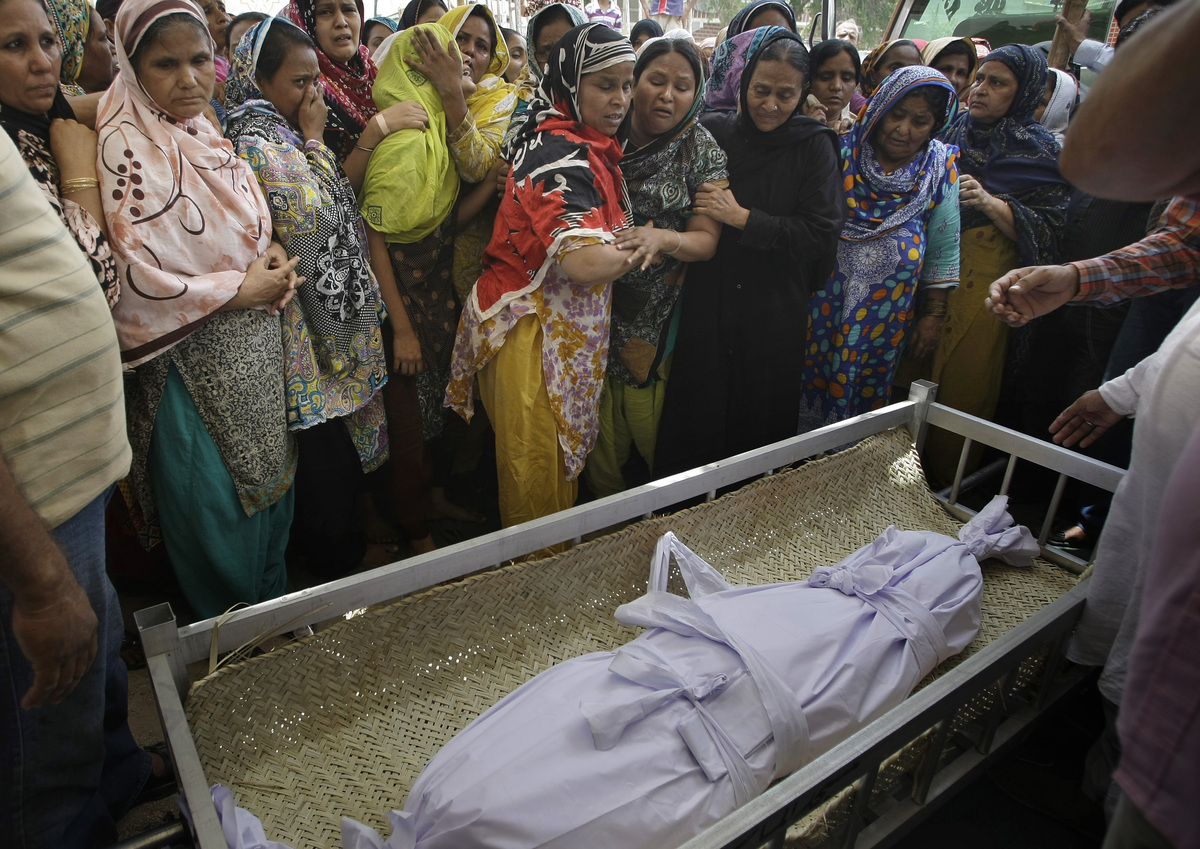 1 / 23
Pakistani Women mourn next to the body of a child, who killed in the Saturday's bombing, during a funeral in Karachi, Pakistan, Sunday, May 5, 2013. Two blasts in Pakistan's southern city of Karachi killed three people on Saturday, May 4, 2013, near the office of a political party critical of the Taliban, heightening tensions ahead of the country's historic May 11 election. (AP Photo/Fareed Khan)
AP