Most women incarcerated in Afghanistan have been convicted of so-called "moral crimes." Examples of such indiscretions include sex out of wedlock and running away from forced marriages, prostitution, domestic slavery, physical violence generally conducted by their husbands, and rape or involuntary pregnancy. Most often, the assailants involved continue life without facing any consequences.

In 2010, Polish-Canadian photographer Gabriela Maj visited one of the various women's prisons in Afghanistan and was overwhelmed by the inmates' desires to share their stories, sometimes for the first time. This visit turned into a five-year photography project, capturing portraits of the remarkable women trapped in an unjust system. 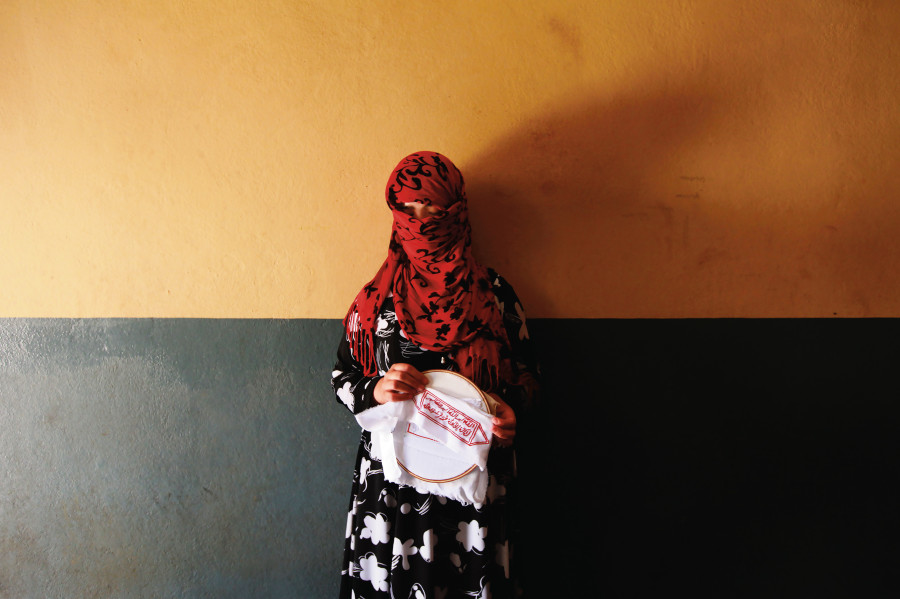 Maj's portraits document women in the spaces they've turned their own. Although Afghanistan's prisons, adorned with bright colors and personal tchotchkes, look more like teenager's bedrooms than Western prisons, they still contain horrific realities for their inmates, who often suffer from physical and emotional trauma, as well as the very real fear that when they're released, they will no longer have the support of their families.

The compelling and heartbreaking visual journey will be available in its entirety in Maj's upcoming book Almond Garden, published by Daylight Books. At once a historical archive, a moving portrait and a call to action, the photographic series captures the beauty of the human spirit even in the most nightmarish of circumstances. In an interview with the photographer, we chatted about the experience of photographing women incarcerated across the globe:

What initially drew you to women's prisons in Afghanistan?

I was in Afghanistan in 2010 and I was sent on an assignment to women's prison on the outside of Kabul. It started off like any other assignment. I wasn't expecting it to turn into the five-year project that it became.

It was such an impactful experience. The women that I met on that visit, I had never met a group of individuals that had survived so much in terms of violence. Gone through so much suffering and at the same time maintained this incredible connection to the everyday, to the mundane and these larger desires for education, for a better future for their kids. I was leveled by that first visit and after a few months I decided to go back to Afghanistan to continue the project and it kind of built up from there. 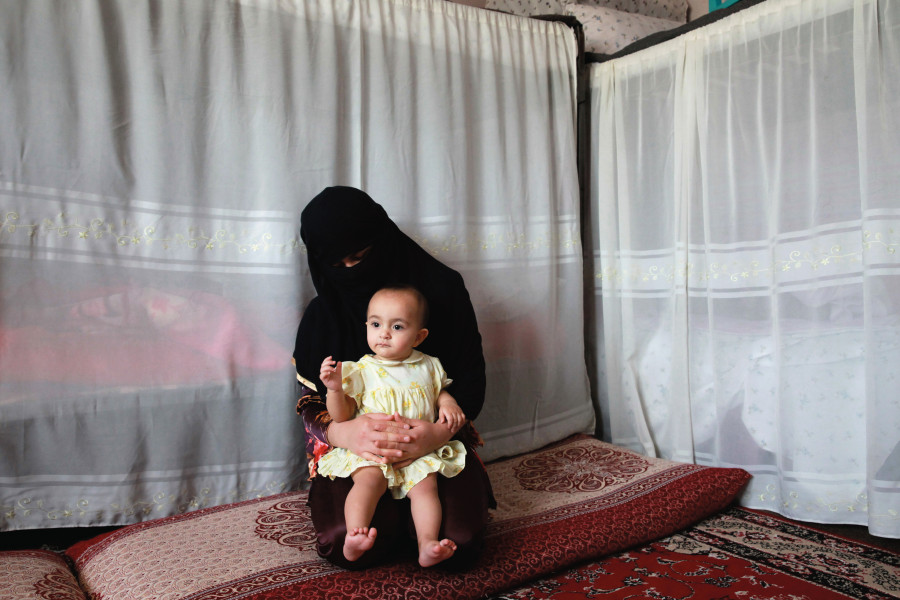 Was it difficult to gain access to the prisons?

Over the course of five years I made numerous visits to women's prisons all around the country and every situation was unique. Sometimes I would gain access from the Ministry of Justice or the Ministry of Interior. Other times I would have a meeting with an official from the army who I would have to convince and they'd grant me the access. Sometimes I would meet with governors of provinces or the directors of the institutions themselves. But, I have to tell you, over the course of five years, the amount of times I was denied access far surpassed the number of times I was allowed access. The project took as long as it did mainly because of how hard it was to get into these places. 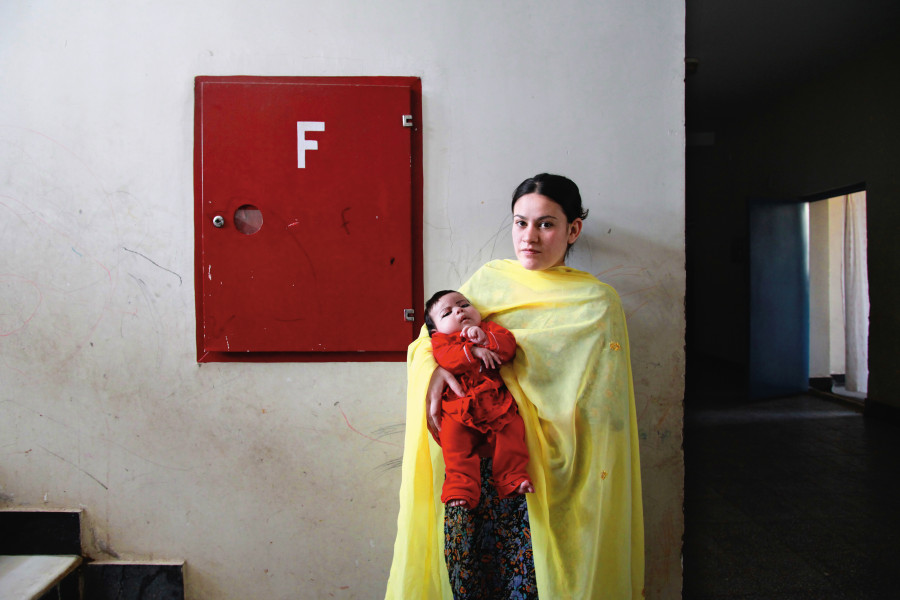 What was the reaction of the women upon seeing you? Would you define it as suspicious, open?

It varied from facility to facility and woman to woman. I would say that the reason I embarked on this project is because of how many women I found at the beginning stages of the project who were really enthusiastic about sharing their stories. I think in many of these cases they had never had someone ask them, "Tell me your story in your words." I was surprised and inspired by this reaction. So many people wanting to share what had happened to them. To express their feelings about their incarceration or their arrest. The ideas they had about their country, the culture from which they'd come. Most often it was a very positive experience.

I'd come to the prison and go into one of the cells. The cells aren't what you'd think of them in North America. They don't have bars or anything. Five to ten women women share them. I would go into one of these rooms. The prisons are open, they can go wherever they want within the facility. I would sit on the floor with one woman or three or five and we'd just speak. Some women would come in or out along the way. And they were great conversations, not only between me and the women but also amongst the women themselves.

There were definitely situations in which I was not welcome. For many of these women, who had a rural upbringing, you just don't spend time with strangers, talking to people you don't know. You don't speak about your life, the things that have happened to you. You keep it to yourself. 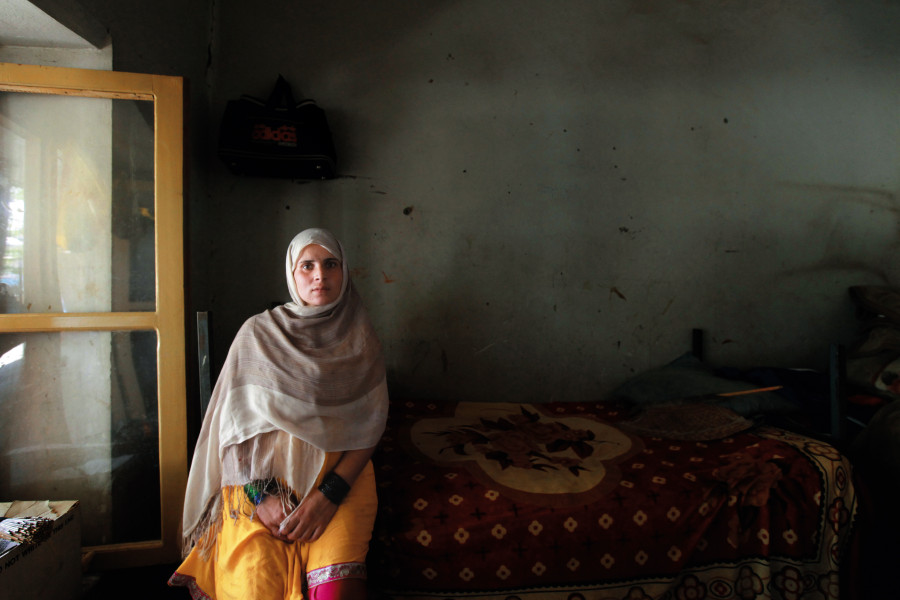 What was your impression of the domesticated aesthetic of the cells?

That's something that strikes many people. These spaces don't look like prison at all. They look like a bedroom, with curtains and things. Besides that, the women don't wear uniforms; they wear their own clothing. Their families visit so they can maintain relationships with them. They can have food and personal items brought it, like mirrors or plastic flowers. A lot of the time you'll see photographs, magazine cutouts of Bollywood stars.

One example of something that stuck with me was a makeshift baby cradle. This one woman took what was a broomstick essentially and wrapped fabric around it and had the fabric going off in four directions like the four sides of a bed. It was an improvised cradle she could rock her baby in. All of these elements would not be out of place in a personal space of any kind. I was very interested in the way these women would create a space for themselves inside this larger prison environment.

What do you hope to communicate or change through the images?

I hope that there is an awareness through this work of the vital need for the international community to support women's rights and gender equality in Afghanistan. While producing this work, I felt that me and the women participating in this project were creating a record. Of certain individuals who exist in a certain time and space, and the human rights violations that are very much a part of their story. My hope is very much that these records will create positive change in the future, for women and girls in the country.