Former Rep. Gabrielle Giffords (D-Ariz.), who survived a 2011 mass shooting that killed six and wounded 13, marked the one-year anniversary of the U.S. Senate's failure to expand gun control legislation with an opinion piece published in USA Today on Wednesday.

Giffords, saying she was disappointed in senators for voting for the "status quo" one year ago, wrote that there is still much to be done to reform gun laws.

A Senate minority last April blocked a bill that would have expanded background checks on firearms sales, while banning several models of semi-automatic weapons. The bill was introduced after a mass shooting at Sandy Hook Elementary School in Newton, Conn., left 28 people dead, including 20 children. Wrote Giffords:

We need a comprehensive approach: a surge in mental health services, mental health "first aid" programs to identify and intervene in problems before it's too late, and a background check system that will stop the most dangerous among us from buying guns, by getting records in the system and closing the Internet and gun-show loopholes.

The many members of Congress who refuse to take action to make our communities safer surely hope the shameful lack of attention on the root causes of gun violence, and steps to prevent it, means that the call for action is fading, and we are giving up. Far from it.

Rather than continue to wait for Congress to pass measures to improve gun control, Giffords suggested Americans "change Congress one vote at a time."

"In the absence of a Congress ready to act to reduce gun violence, we will keep working to create a different Congress," she wrote.

"And come November, surely some of those politicians who were unwilling to stand up to the gun lobby a year ago will face the consequences at the ballot box. They will wish desperately that they had heeded the will of their constituents."

CORRECTION: This piece has been updated to reflect Giffords is a Democrat, not a Republican. 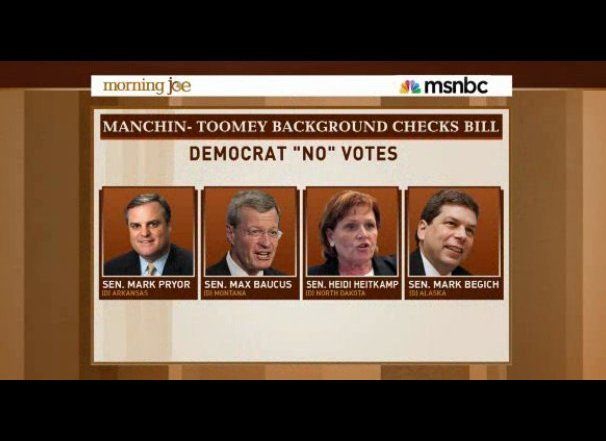