WASHINGTON -- More than a year and a half after she was shot in the head while hosting a constituent services event in her district, former Rep. Gabrielle Giffords (D-Ariz.) was asked for her opinion about prosecuting the shooter.

The lawyers making the case against Jared Lee Loughner said they had the option of pursuing the death penalty. He had killed six that day in January 2011, including an aide to Giffords, and left many others, including Giffords herself, with horrific physical wounds. The death penalty was hardly a far-fetched sentence. Or, the lawyers said, they instead could cut a deal that took the death penalty off the table and pursue consecutive life sentences in exchange for a guilty plea.

“No death penalty,” she said.

When the guilty plea was announced in August 2012, Giffords and her husband Mark Kelly said they were satisfied with the arrangement. It was not known then that the former congresswoman had actively opposed pursuing the death penalty. That nugget comes in Enough, a new book written by Giffords and Kelly.

“Since becoming an elected official and studying the issue, Gabby had changed her stance on capital punishment. She used to be in favor of the death penalty, but after seeing dozens of death-row inmates released after they were later found innocent, she had changed her mind,” writes Kelly.

“In Loughner’s case, I wanted him to have decades to contemplate what he had done. In my view, spending the rest of his days locked up behind bars was worse punishment than execution. Prosecutors asked everyone whose loved ones had died for their opinions on the death penalty in the case. We believe that most families agreed that they should not pursue it.”

Enough goes into harrowing detail about Loughner's trial and how Giffords handled it. Kelly recounts the statements victims' family members and victims themselves made to the now-convicted killer as the trial came to a close; his own, which was delivered with a mix of defiance and sadness, provided closure above all else.

“At this moment,” he told Loughner, “here and now, Gabby and I are done thinking about you.”

But that climatic courtroom scene occurs, tellingly, just 90 pages into a 240-page book. Enough is about Giffords’ and Kelly’s evolution from a political couple, to an inspirational tale of survival and recovery, to committed activists. And Loughner being put away for seven consecutive life sentences was not the final chapter of that evolution.

Much of Enough is spent on Kelly’s introduction to the world of politics through the establishment of his and Giffords’ political action committee, Americans for Responsible Solutions. A retired astronaut and U.S. Navy Captain, he writes about his unfamiliarity with the trade and his discomfort with what it entails. Following his wife’s shooting, he immersed himself in the history of gun control and the role played by the National Rifle Association.

The book is rich in anecdote and research. There is a 1967 quote from California's then-Gov. Ronald Reagan -- “There’s no reason why on the street today a citizen should be carrying loaded weapons” -- and a paragraph spent discussing Rep. John Dingell (D-Mich.), who ultimately convinced the NRA board to establish a formal lobbying arm in Washington, D.C., called the Institute for Legislative Action. For the unacquainted, it’s a rich read, even if it has an agenda.

Enough also takes the reader inside perhaps the biggest legislative defeat of the Obama era.

The push to pass expanded background checks bought Giffords back to congressional fore (she had returned initially to cast a vote to raise the debt ceiling) and forced Kelly to confront the tricky and depressing elements of back-room politicking. The two had grown more engaged in politics following the shooting of elementary school students in Newtown, Connecticut. And they were cautiously optimistic at the onset that the public disgust with gun violence would yield a legislative result.

But the subsequent weeks produced cynicism. Kelly writes about the testimony he gave before the Senate Judiciary Committee on the topic of gun control, after which he found himself in a bathroom conversation with a fellow witness, the Cato Institute’s David Kopel.

I took the opportunity to ask him a question.

"If you had to choose between two guns for self-protection -- a fully automatic tommy gun or an AR-15 -- which would you pick?" I asked. The tommy gun had been regulated under the 1934 firearms act. But anyone who knows about guns will tell you the AR-15 is the better weapon, certainly more accurate and lethal.

"I don’t know," he responded. "I don’t understand those kinds of details."

It turns out Kopel had been plenty well versed in differences between automatic and semiautomatic weapons to write about them for the Wall Street Journal right after the Newtown slaughter.

The more depressing moments Kelly faced didn’t occur in front of urinals. Rather, they came with the realization that there was not going to be a filibuster-proof majority in the Senate to get expanded background checks through that chamber. He writes about the sense of abandonment he felt when it became clear that Sen. Jeff Flake (R-Ariz.), who had been supportive of Giffords after she was shot, would not support the bill. And then Kelly turns his attention to the moderate Democrats, to whom he ascribes a certain level of cowardice for running away from a tough fight.

In other words: another no.

Later, as we left, Gabby and I wondered what Senator Heitkamp had meant by that. Yes, politics is tough –- isn’t that what she’d signed up for? Gun control was certainly a “tough” issue, but it was also a vitally important one.

The Democratic leadership asked me to give a short speech about Americans for Responsible Solutions. Senator Baucus walked out in the middle of my talk.

Another “no,” I guessed. The math was not looking good.

Enough doesn’t end with the failed vote. Kelly opts, naturally, for a more uplifting conclusion (state action, a call to arms, future progress, etc.). But the underlying theme of the book is that the political system is tilted in favor of well-heeled interest groups and legislative caution. And for a political neophyte like Kelly, it’s jarring to confront.

“After the vote had been read out,” Kelly writes, “[Vice President Joe] Biden joined the somber group in his office. He spent a few minutes with the veteran and then walked over to where Gabby was sitting. ‘I am so sorry, Gabby,’ he said. ‘This is a despicable day in the Senate.’” 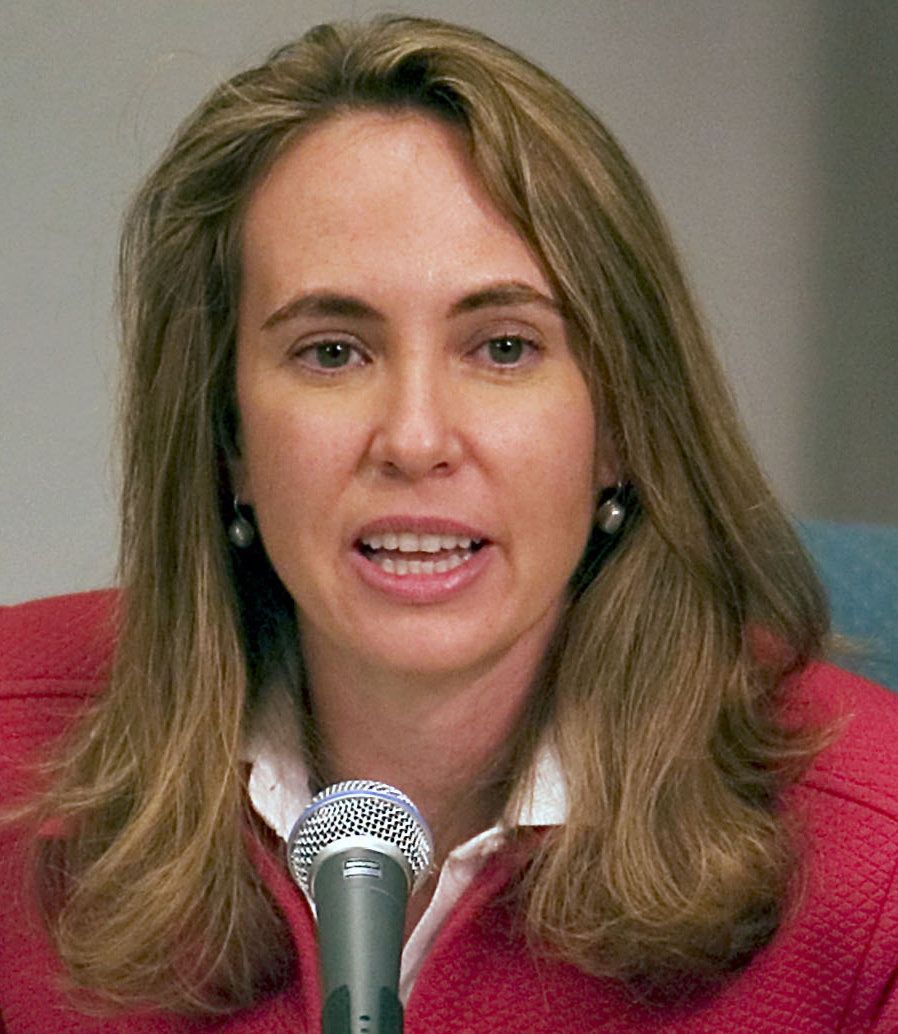