In the simpler times of the late ’90s, we were gifted the film “10 Things I Hate About You.” The film is a cult-classic that introduced us to the likes of Kat, Patrick, Cameron, Bianca, Joey and, of course, Chastity ― a group of angsty high schoolers with dreams of going to great parties and on an even better date.

Luckily for us, actress Gabrielle Union-Wade ― yes, Chastity Church herself ― posted a #TBT this week to hark back to those days. The photo features (from left to right): Joseph Gordon-Levitt, Julia Stiles, Heath Ledger, Gabrielle Union-Wade, David Krumholtz, Larisa Oleynik and Andrew Keegan.

The gang is crouched in front of the fictional Padua High, actually called Stadium High School in Tacoma, Washington. Union-Wade accompanied the photo with an endearing message, noting that the film was her first and one she’ll “never forget.”

“Just a bunch of kids having the time of our lives up in Tacoma/Seattle...” the caption reads.

“The best/coolest/most generous group of people to share my 1st film experience. What a time man. ❤ and eternal light #RIPHeath #10thingsihateaboutyou #CanYouEverJustBeWhelmed”

We truly needed this throwback, primarily because we, too, miss Heath Ledger, and that last hashtag is probably the most iconic part of Union-Wade’s role in the film.

Here’s a snippet of her character and Oleynik’s Bianca discussing the stress of being simply “whelmed”:

Celebrities Gabrielle Union 10 Things I Hate About You 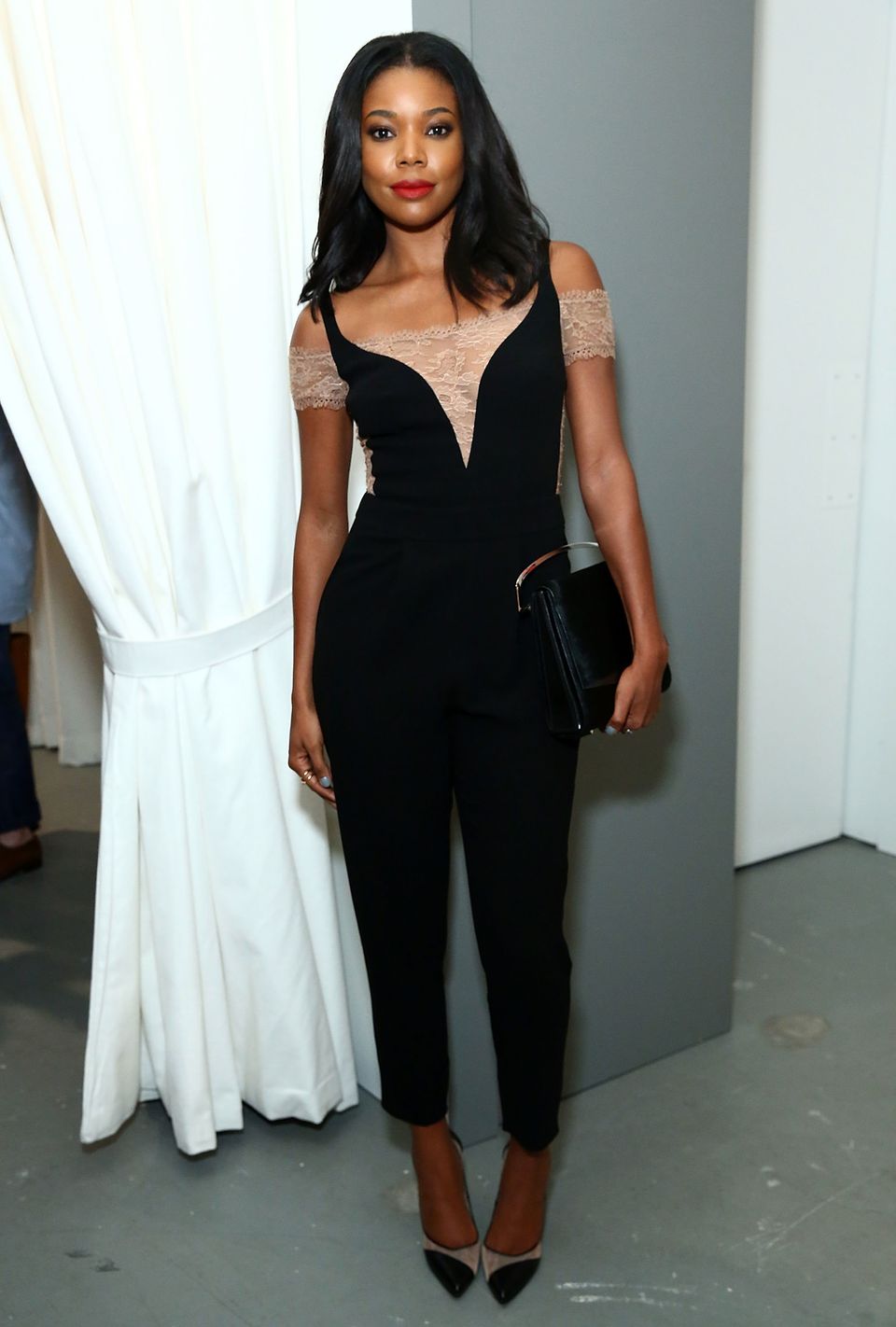 1 / 7
The little black jumpsuit is just as chic as the little black dress.
Add a bold red lip, clutch handbag and pointy toe pumps, and you're all set!
Getty Images