Moments before Muammar Gaddafi was captured in Sirte, the former Libyan ruler looked "confused," his driver told The Guardian in an interview.

Huneish Nasr served as Gaddafi's personal driver for 30 years. In a conversation with The Guardian, he describes the final moments he witnessed before being thrown in a cell in Misrata's military barracks. From The Guardian:

"Nasr said he threw his hands up in surrender as gun-toting rebels approached. He was knocked to the ground with a rifle butt, which blackened his left eye. Gaddafi was being pulled from a drainpipe just before Nasr fell. He caught a final glimpse of his master being swarmed over by rebels. Then blows rained down on them both."

Earlier this week, Mansour Dao, one of Gaddafi's bodyguards who was caught along with the former Libyan ruler, detailed Gaddafi's final weeks on the run.

According to the Associated Press, Gaddafi and his entourage were "largely cut off from the world while on the run, living in abandoned homes without TV, phones or electricity, using candles for light," and the ousted leader spent his time "reading, jotting down notes or brewing tea on a coal stove."

Huneish Nasr expressed a similar sentiment. "He wasn't scared, but he didn't seem to know what to do," the driver said of Gaddafi's last stand.

"I feel sorry for him because he underestimated the situation," Dao told the Associated Press. "He could have left and gotten out of the country and lived a happy life."

Those closest to Gaddafi have painted a picture of an unafraid -- and perhaps confused -- man in his final days as he was hunted by Libyan fighters. The former Libyan leader was killed October 20, 2011, in Sirte.

Below, see a timeline of events leading up to the death of Muammar Gaddafi: 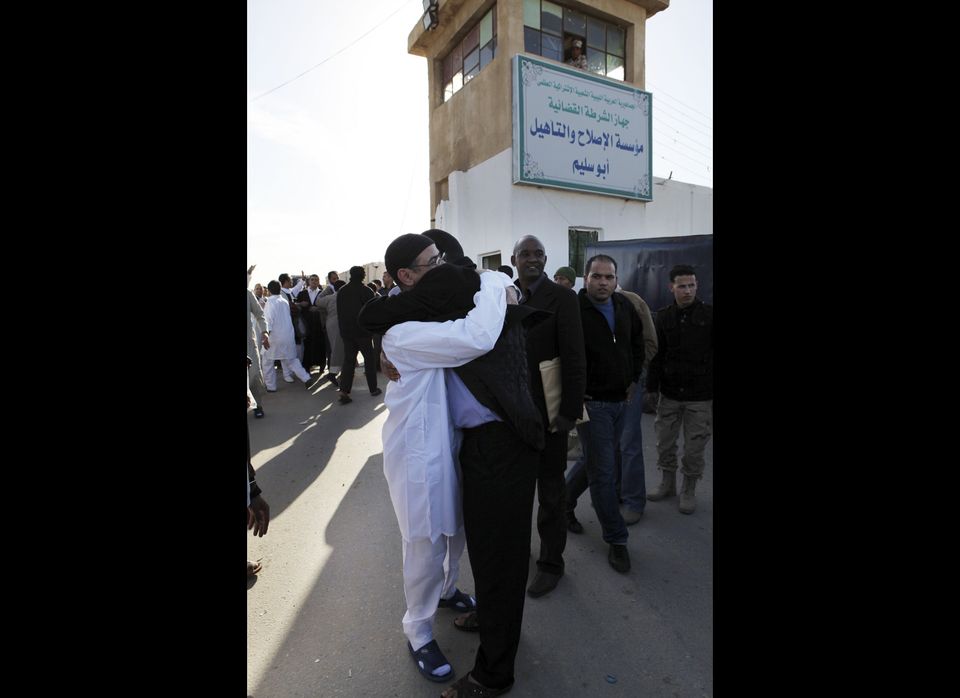 1 / 22
February 16, 2011
A Libyan prisoner, left, is hugged by his relatives after he was released with a group of 110 prisoners from Abu Salim, Libya's most notorious prison, in Tripoli, Libya, Wednesday, Feb. 16, 2011. Inspired by the unrest in Egypt, residents of Libya's second largest city Benghazi started protesting against the regime of long-time leader Muammar Gaddafi in February 2011. In an attempt to calm the protests, Gaddafi's government released 110 prisoners and offered to double government employees' wages. Yet protests spread to other cities and intense fighting erupted between Gaddafi loyalists and rebel fighters.
AP