The former Libyan dictator's capture and death on Thursday was perhaps as ugly as his life was glamorous.

When it was revealed that Gaddafi was pulled from a sewage pipe (months after calling the Libyan people 'rats' when they rose up against him), it was a far fall from grace for the leader. To add insult to injury, it was later revealed that the deposed dictator died wearing a hairpiece.

In Muammar Gaddafi's younger days, he had a reputation for glamour. Most notably, the proclaimed "king of kings" showed up on diplomatic missions accompanied by a cadre of female bodyguards.

The Amazonian Guard, as Gaddafi's elite, all-female task force came to be known, comprised of women who were reportedly hand-selected by the Libyan leader and sworn virgins. Donning lipstick, heels, and jewelry in a country where many women wear veils in public, the contingency certainly turned heads. The women reportedly underwent "extensive martial arts and firearms training at a special academy" before they were officially inducted in the Guard, and their skills included flying fighter jets and hand-to-hand combat.

However, the Hollywood-esque brigade may have had a darker side. After Gaddafi went into hiding, a few of his former bodyguards reportedly came forward with rape allegations. In August, Seham Sergewa, a psychologist based in Benghazi who spoke with former members of the Amazonian Guard, told the Times of Malta: "Women came forward saying they had been raped by as many as 20 soldiers, sometimes in front of their husbands and children. In one case, a girl, around 18 or so, said she was raped in front of her father."

Below, see if you can spot the women of the Amazonian Guard accompanying Gaddafi: 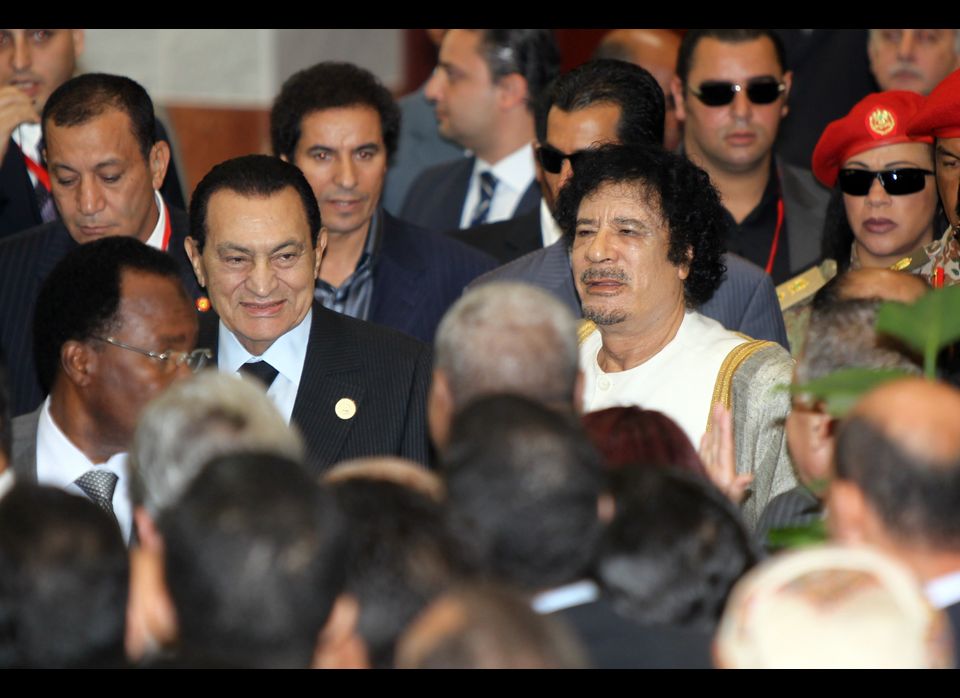