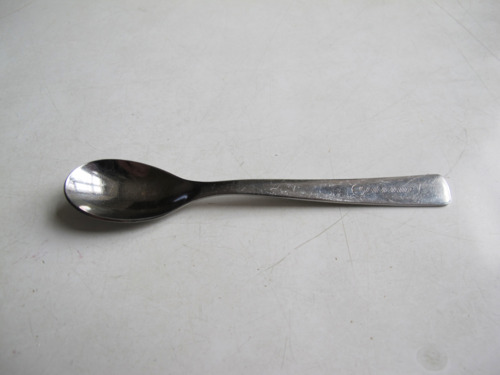 Oops, they did it again.

The Gospel Coalition, that is. This time, it's a post from Thabiti Anyabwile going above and beyond in confirming my perspective on the politicization of the neo-reformed around gay marriage legislation, creating something of a new religious right. And doing that, really, in the most base, tactless, and harmful way possible. I was going to type "careless," which would also be true considering the potential negative impact this post could have on gay young people in neo-reformed leaning churches, but it is somehow not powerful enough to describe this horrible missive.

Because Twitter has already gone into its own #gagreflex in response to the post, and I'm sure there are probably countless blog responses popping up to denounce it, I just wanted to give three quick points on why gagging is, in fact, the appropriate reflex when it comes to Thabiti's piece.

1. It is power-driven. And when I say power, what I mean is empire. Anyabwile fleshes out his premise by giving an account of "a private by-invitation-only meeting of marriage and family scholars at a prominent Washington, D.C. think tank" that he attended ten years ago. While this account is laced with an appearance of humility/self-deprecation, the point is that Thabiti was in a meeting with powerful people in Washington, and this is where he saw ground being lost for the traditional marriage cause. Thus, the entire conversation centers on the (tragic) loss of power for conservatives on this issue and how that may have been avoided if they took a stronger stand. Oh yeah, the word "conservative" is used liberally, as is the word "liberal," to define the good and bad sides -- really the side that God is on vs. the side God is not on. And it all centers on U.S. political power. (This is the new religious right!)

2. It is all about arguments, definitions, and factors. In other words, not people. At its root, this politicized, power-driven opposition to gay marriage is a dehumanization of gay people. Period. The only way anyone can even have these conversations is to assume that the people in question are not actual people but ideological constructs to knock down. Thus, Thabiti urges us to reject the "rights argument" because, of course, this has nothing to do with rights (even though the people in question feel, deeply and experientially, that it has everything to do with rights). And, he blithely (and with false humility) dismisses gay people's definition of love. It's not biblical because "love does no harm, and homosexuality clearly harms everyone involved" -- thus, the gay person's experience of love for their partner is less than human love and universally harmful! Finally, he calls us to return everything to the most dehumanizing place of all -- the yuck factor, "in all its gag-inducing truth." The gay person must be sufficiently stripped of humanity here, and relationship must be scrupulously avoided, in order to properly maintain and regain conservative power in the U.S.

3. It is excessively gleeful in the gagging. The real tragedy of Anyabwile's thesis is, in fact, the outright dehumanization he encourages in the form of disgust for gay sex. This, he reasons, will put the conversation back where it belongs -- into the realm of "gut-wrenching, jaw-clenching, hand-over-your-mouth, 'I feel dirty' moral outrage." He accomplishes this, of course, with a graphic description of what he thinks gay sex is -- a description which, as my friend Micah pointed out, would be equally uncomfortable to read on a Christian blog if applied to any kind of sex, including heterosexual sex. (In fact, all the descriptions of heterosexual sex are generalized and neutered: "a husband and wife uniting with each other as God and nature designed it" etc.) Thabiti is all adjectives and emphasis around these supposedly gag-inducing words and phrases, and the literary glee at producing the desired disgust is palpable. By the time this is finished (it reminds me a bit of the abusive use of shock and withdrawal in order to engender gratitude or trust from a victim) we are supposed to be grateful for the pure kind of sex that absolutely separates us from them, the righteous from the unrighteous, the clean from the dirty, the favored from the condemned, the human from the sub-human. We are supposed to recommit to the quest for political power and conservative territory in the empire.

Of course, in doing all this, Thabiti's post betrays the gospel itself which embraces all in the belovedness of the Father for the Son, so that we love because he first loved (every single last one of) us. It bypasses the equality of all as image-bearing free human beings struggling through life in a broken world, instead calling for gagging, disgust, and moral outrage at the inhuman other. And it breaks down the potential for all kinds of transformation and growth in grace that occurs when we equally enter God's unconditional embrace and the journey of living into our true and full humanity together.

It would rather we just gag and grab power.

Which, of course, should actually make us gag.

So, Thabiti, gag me.

Gag me with a spoon, brother.

How about you? Do you experience a gut response to this post in the same way that I do? Or do you have a different response? I'd love to hear your perspective!