WASHINGTON -- Gail Collins, The New York Times columnist who has done more to advance the story of Mitt Romney's dog than anyone in journalism, suggested in Thursday's paper that it's time to let go of Seamus Romney.

During the Republican primaries earlier this year, Romney's GOP opponents tweaked the frontrunner by reminding voters that in 1983, Romney drove to Canada with his dog in a crate on the roof of the family station wagon.

"Yes, those were the days," Collins wrote. "When the very mention of 'Mitt Romney' would instantly lead to a discussion of the dangers of transporting an Irish setter to Canada on the roof of a station wagon."

It was hilarious. "As far as Seamus the dog, look, all I would say is, the issues of character are important in this election, and we need to look at all of those issues and make a determination as to whether that's the kind of person you want to be president of the United States," Rick Santorum said at the time.

"But Seamus was so June," Collins wrote on Thursday. "All Democrats have now is Big Bird. Plus worrying about whether they’re talking too much about Big Bird."

The Obama campaign has made a big fuss over Romney's remark last week that while he liked Big Bird, he would cut funding to PBS in order to save money. Many have questioned the wisdom of Obama's Big Bird strategy.

But it just so happens that on Thursday, Dogs Against Romney, an online group dedicated to publicizing the story of Seamus, launched a "Big Bird on the Roof" tour in Orlando, Fla. Scott Crider, founder of the Dogs Against Romney Facebook page, sent HuffPost a picture of a van with a dog crate strapped to its roof. Stuffed in the crate: Big Bird. 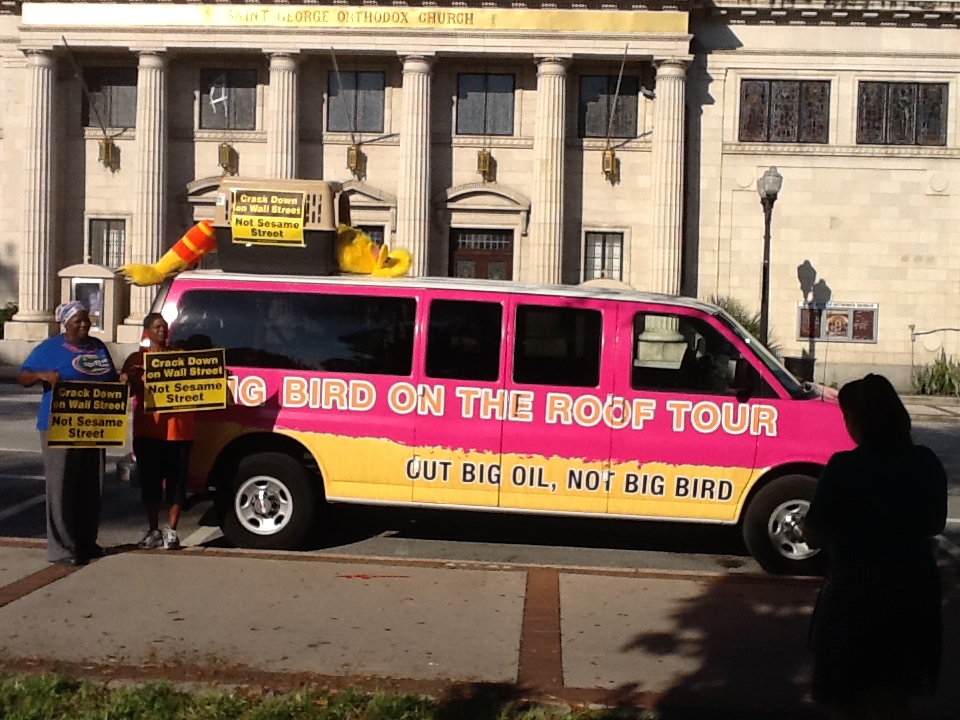 1 / 21
NASCAR Friends
At the Daytona 500 race, Mitt Romney's <a href="https://www.huffpost.com/entry/mitt-romney-nascar-team-owners_n_1303029" target="_hplink">attempt to connect with voters went awry</a> when he admitted that he didn't follow racing as closely as "some of the most ardent fans." "But I have some friends who are NASCAR team owners," he added. At the same event, he told a group of fans wearing plastic ponchos, "I like those fancy raincoats you bought. Really sprung for the big bucks." Romney later <a href="https://www.huffpost.com/entry/mitt-romney-garbage-bag-rain-gear_n_1313499" target="_hplink">defended the comment</a>, saying, "Look, I have worn a garbage bag for rain gear myself."
AP