Slow and steady saves the species.

A 100-year-old Galapagos giant tortoise is retiring after helping to save his endangered species by siring some 800 babies.

At one point, Diego was one of the last two males of the Chelonoidis hoodensis of Espanola Island in the Galapagos. However, since a captive breeding program began nearly half a century ago with the last dozen females of the species, some 2,000 tortoises have been brought back to the island, AFP reported.

Here’s Diego showing off his winning smile in 2016:

Diego isn’t even the most prolific of his kind. According to The New York Times, another tortoise named E5 is responsible for the other 60 percent of the babies. A third male tortoise who was later brought into the program has sired none.

Diego, who previously spent 30 years at the San Diego Zoo, is currently in quarantine and will be released back into Española, per the BBC.

“He’s contributed a large percentage to the lineage that we are returning to Espanola,” Jorge Carrion, director of Galapagos National Parks, told AFP. “There’s a feeling of happiness to have the possibility of returning that tortoise to his natural state.”

While it might seem like Diego will ease into retirement, the Washington Post reported that he could have a good 20 years or more left, not to mention more in the tank.

“He might actually amp it up,” James P. Gibbs, a professor of environmental and forest biology at the State University of New York in Syracuse, told the newspaper. “I don’t know — we shall see.” 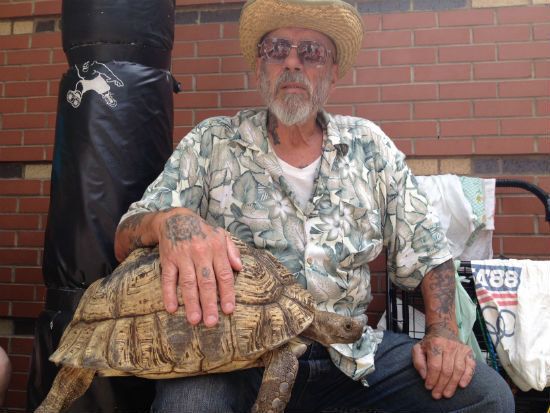