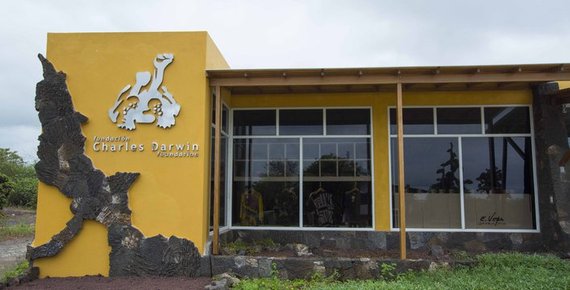 In the beginning it was just a "little shop around the corner" from the Charles Darwin Scientific Research Station in Santa Cruz island, Galápagos. But when the Darwin Foundation Executive Director, Swen Lorenz, decided to upgrade and expand it, the Municipality of Santa Cruz reacted as though it had become "the little shop of horrors." And, all flippancy aside, the fate of the Darwin souvenir shop started a battle that has resulted in the Darwin Foundation threatening to shut down its operations in Galápagos.

For over 50 years, the foundation has cooperated with the Galapagos National Park and the government of Ecuador in conducting scientific research aimed at protecting biodiversity in the fabled archipelago. One of the Foundation's most recent achievements is a project for saving the mangrove finches as reported in Galapagosdigital.com.

"We have long recognized the failure of the idea that CDF can simply exist due to the good will of others.," he said, "we have moved toward a new financial model. One of the key aspects of this new plan was for the Foundation to secure its own recurring unrestricted income."

A significant source of this income was the projected revenues from the expanded store which opened in February of this year. But in July the Municipality of Santa Cruz closed the store because, according to a spokesman for the Municipality, Daniel B. Proaño, "They changed the concept of it being a small store that sold Darwin Foundation souvenirs to a commercial one without the proper legal basis." 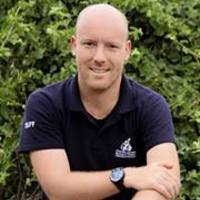 Lorenz contends that they acted under proper legal advice and claims that: "Since July 14th 2014, the CDF has been missing the unrestricted income generated by the store. By the end of the year, we will have lost approximately $200,000 in income." Furthermore, he adds, " "any significant delay in re-opening the shop may force the permanent closure of the research station before the end of 2014." The Foundation, on its website, also accused the Santa Cruz authorities of breaking several national laws in shutting down the store.

For its part, the municipality denies breaking any laws and accuses the Darwin Foundation of exceeding its mandate.

Several residents of Galápagos, who do not wish to be identified, expressed great concern over the situation. "If the Darwin Research Station closes it will create a critical situation for the study of science in Galápagos," said one local scientist, "no other institution has the capability of the Darwin to carry out the needed research." Another resident commented, "Virtually every non-profit institution everywhere sells souvenirs. Go to the basement of the State Department in Washington DC, find the big gift shop. The issue of local artisans and their products in Galapagos is hobbled by clunky legislation."

With the impasse unresolved and the Mayor Leopoldo Bucheli out of town, Deputy Mayor Washington Paredes, members of the city council and local artisans met Friday November 21st in Santa Cruz with the Vice President of the Darwin Board, Patricia Guerra, Darwin Board member Hans van Poelvoorde and Galapagos conservationist Felipe Cruz.

During the lunch break on Friday, Ms. Guerra said "we are having an excellent conversation and we hope to continue it in a similar manner this afternoon." This was confirmed by the Municipality spokesman Proaño who stated that the discussions were "more relaxed and we hope to reach a better understanding." As of this writing, and despite efforts to contact the principals, no final statement has been issued. It will then be up to the whole Board of the Charles Darwin Foundation which is meeting in the capital of Ecuador, Quito, Sunday and Monday to decide on the next course of action.