Galaxies fall into three broad categories: elliptical, spiral, and irregular. But some galaxies straddle categories--and that includes the one featured in a spectacular new Hubble Space Telescope photo released by NASA on Dec. 24. 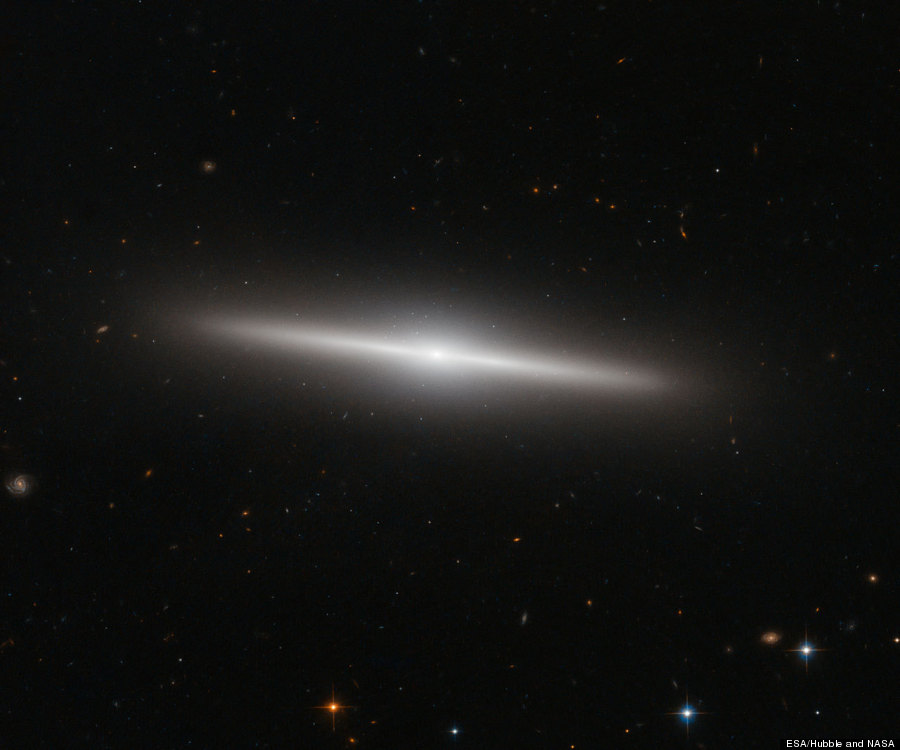 Galaxy IC 335 in front of a backdrop of distant galaxies.

Known as IC 335, the 45,000-light-year-long galaxy is part of a four-galaxy group located 60 million light-years away in the Fornax Cluster. NASA says evidence suggests the galaxy has an intermediate shape--though it's a bit hard to tell because our vantage point here on Earth (or in orbit around Earth in this case) lets us see only its edge.

"It clearly isn't an elliptical galaxy since it looks flat, but it doesn't seem to have matter between the stars...so the scientists involved classify it as an intermediate type between spirals and ellipticals," Dr. Jay M. Pasachoff, professor of astronomy at Williams College in Williamstown, Massachusetts, and co-author of The Cosmos: Astronomy in the New Millennium, told The Huffington Post in an email.

The galaxy consists mainly of aging stars, according to NASA. But no matter its shape or the age of its stars, it sure is beautiful!