A cosmic tug-of-war has been caught on camera.

A new photo taken by the Hubble Space Telescope shows a spiral galaxy known as NGC 7714 being twisted out of shape by the gravitational forces of a nearby smaller galaxy known as NGC 7715. The galaxies drifted close to each other some 100 million to 200 million years ago, and their dramatic interaction has had wild effects on both, the European Space Agency said. 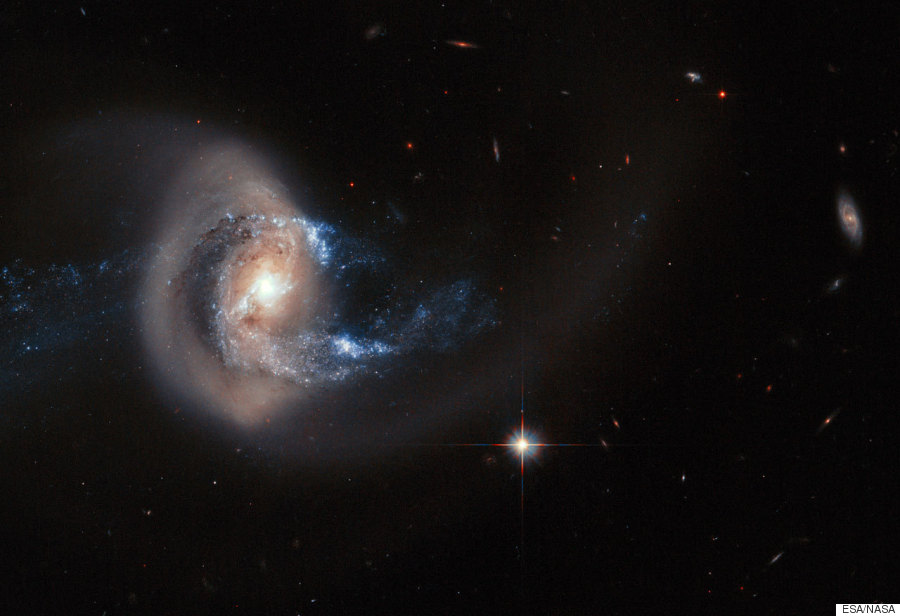 Released on Jan. 29, 2015, this photo shows NGC 7714, a spiral galaxy located 100 million light-years from Earth. In cosmic terms, that makes it a relatively close neighbor of our Milky Way galaxy.

In the photo, a faint bridge of stars extends from NGC 7714 to NGC 7715 (which is not pictured). NGC 7714 uses the bridge to funnel material from its smaller companion--and that material feeds the formation of bright, new stars in NGC 7714.