According to a round of well-viewed Samsung advertisements, all of those Apple fanboys waiting in line for an iPhone were secretly jealous of the Galaxy S II smartphone.

Now, Apple devotees have even more pieces of Samsung hardware to be secretly jealous of: Samsung won two huge prizes at the Mobile World Congress' Global Mobile Awards, for Best Smartphone of 2011 (for that Samsung Galaxy S II) as well as Device Manufacturer Of The Year.

First, the GSII: Samsung took home the Best Smartphone award for its fanboy-taunting Galaxy S II, which GMA judges called a "phenomenal success around the world [that] has outperformed all its Android rivals and demonstrated the maturity of the ecosystem." The Galaxy S II, Samsung's current flagship phone, was announced in February 2011, at last year's Mobile World Congress, and released in the United States in September; it went on to become a smashing sales success for the Korean electronics company, selling over 20 million units worldwide as of February 2012.

(Speaking of sales successes: Last year's winner for Best Mobile Device was the iPhone 4; despite record-setting sales, the iPhone 4S failed to give Apple the repeat victory).

With the Galaxy S II leading the way, Samsung had a strong 2011, toppling Nokia to become the world's largest smartphone vendor for the third quarter of 2011 while making aggressive strides in the tablet market with its Galaxy Tab series. This, apparently, was enough for the GMA judges, who also gave the Device Manufacturer of the Year award to Samsung, writing that the company saw "[s]uccess across the board with progress in every category, and outperform[ed] rivals in a tough market."

In a written statement given to the press, Samsung mobile exec JK Shin accepted the award: "We are pleased to receive this honor from GSMA and believe that it's a testament to Samsung's innovation, quality products, and attention to consumer preferences. We sold over 97 million smartphones in 2011, demonstrating that this is the right approach."

HTC, meanwhile, was last year's winner for Device Manufacturer of the Year, though the company ended 2011 with weak quarterly earnings and has announced a broad re-branding strategy for 2012 (which you can read about right here).

This year's Global Mobile Awards seemed to represent broad victories for Samsung, with its two headlining awards, and the Android operating system in general. Though the iPad 2 won the Best Handheld Tablet award, many of the notable winners at the GMAs were Android-flavored, including SwiftKey, an Android keyboard, for most Innovative Mobile App, and Google Maps for Android, for Best Consumer Mobile Service.

Here's a full list of the Global Mobile Award winners; for the judges' reasoning on all winners, head over to the GMA's official website. (Scroll down past the list to view our roundup of the most exciting new gadgets from MWC 2012.)

Best Use of Mobile in Emergency or Humanitarian Situations
Winner: UBL Omni - transparent and efficient Cash Disbursement service after the 2009 IDPs Crisis and the 2010 Flood Crisis

Government Leadership Award
Winner: Government of the Republic of Colombia 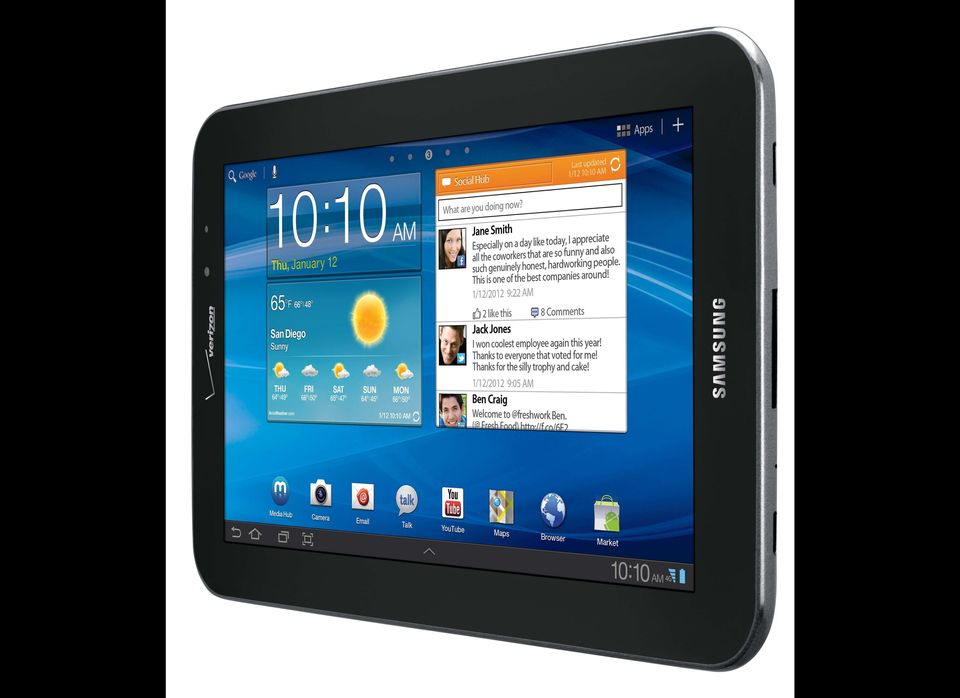