Can the sequel live up to its predecessor?

Samsung has set an announcement date for the followup to the widely popular and critically acclaimed Galaxy S II smartphone. In an invitation sent out to journalists and posted on Facebook, Samsung announced that it would be unveiling "the next Galaxy" on Thursday, May 3, at 7 p.m. in London, England (that's 2 p.m. EST in New York City).

The event will also be live-streamed on the Samsung Mobile Facebook page.

Though Samsung didn't provide any details, we suspect that the device to be unveiled will be called the Galaxy S III, and we've heard rumors of what this device might offer. The tech site Boy Genius Report was tipped off about the GS3's 1.5GHz quad-core processor, a 4.8-inch HD screen with 16:9 aspect ratio, 4G LTE, an 8-megapixel rear-facing camera and 2-megapixel front-facing camera, Android 4.0 "Ice Cream Sandwich," and, curiously, a ceramic case. (Korean tech firm Pantech unveiled the world's first smartphone with a ceramic case earlier in April: You can check it out here).

There have also been a couple of supposed image leaks of the Galaxy S III running Android 4.0 and sporting a wide, flat home button, though the authenticity of those photos has been challenged. One of the leaks claimed a worldwide release date of May 22, which doesn't seem totally unrealistic, given the May 4 announcement date.

We'll know soon enough -- about two and a half weeks from publication, in fact -- whether or not those images, or that release date, were indeed legitimate. We'll also see if Samsung can continue its recent hot streak: The company has a surprise hit in its huge Galaxy Note "phablet," having already sold 5 million units worldwide; its Galaxy S II, meanwhile, is its most popular phone to date, has sold over 20 million units since its debut about a year ago.

Given the imminent announcement of a followup phone, you should probably hold off if you were planning on buying a Galaxy S II in the next month. The GS3 is on its way, and we'll know what it has to offer on May 4th.

Until then, take a look at the slideshow (below) to see some of the coolest features of Android 4.0, aka Ice Cream Sandwich. 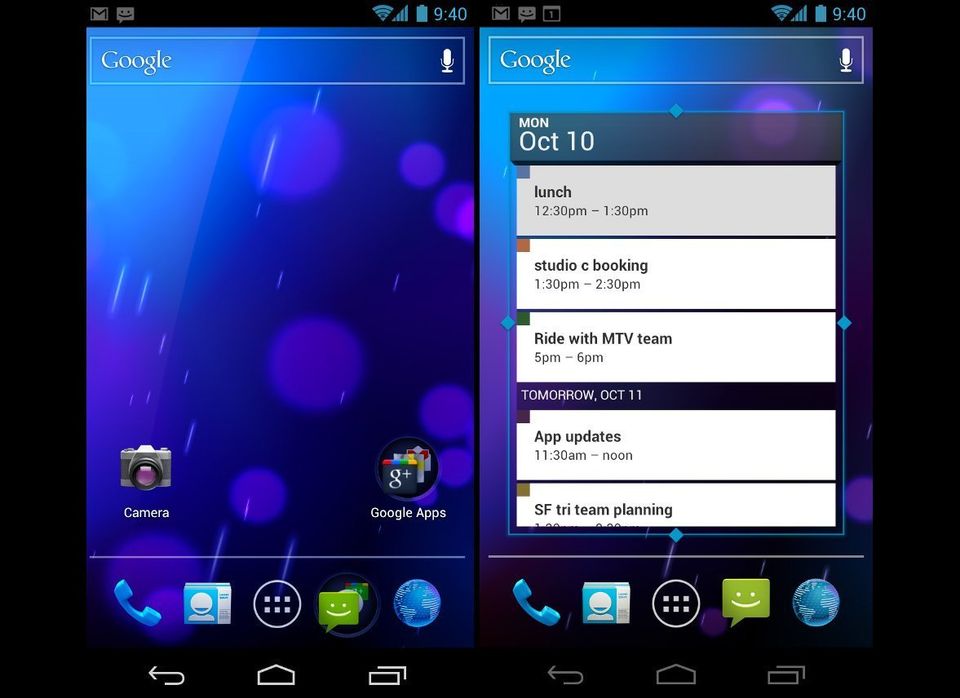