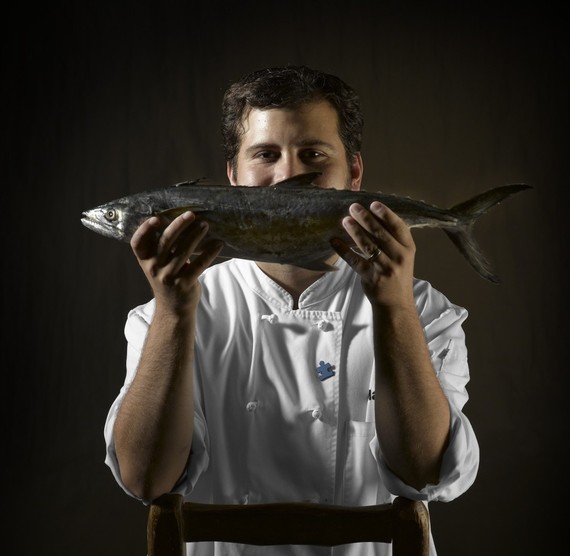 At the core of Mas (la grillade) was a return to wood-fired grilling, a simplistic cooking technique. Galen and his team had installed custom grills in the kitchen on which they cooked every item, focusing on ingredients at their most elemental. The only problem? The concept never caught on, and guests didn't respond to it.

Galen overhauled Mas (la grillade) to create Almanac, an entirely new restaurant with a new design and hyper-seasonal menu inspired by the culinary journal Galen keeps to guide his experimentation in the kitchen. The name, logo, brand, food and atmosphere were completely transformed, and the new challenge was keeping his customer base along for the ride.

"In New York, and really anywhere, people want new restaurants all the time," he says. "To gain the eye of the consumer you have to do something interesting. We felt like we should, in effect, open a new restaurant -- that makes it more exciting for people to want to come eat at."

We asked Galen about everything that went into creating Almanac, from the decision to abandon Mas (la grillade) to the design, staffing, branding and hospitality challenges he faced along the way. Here are the most critical lessons he learned.

Smoke was always a core part of the concept at Mas (la grillade), but the kitchen was producing a lot of it -- enough to bother some of the neighbors. Galen made efforts to remediate it, such as being more efficient with smoke and changing the type of wood, which were time-consuming and expensive.

"It took me from having this passion for wanting to cook with smoke to having the smoke be a real pain," he says. "It kind of killed my idea for the restaurant."

Apart from the physical reality of the smoke, there was also an emotional response from guests to consider. Galen found that guests wanted more of the composed dishes and tasting menus from Mas (farmhouse) than they did the rustic, wood-fired dishes served at Mas (la grillade). His team went through numerous iterations of the menu, taking feedback into consideration, and eventually they felt like the original concept was dead.

"A lot of people weren't tuned in on the wood-fired grilling thing," says Galen. "They didn't see what was unique about it. I don't like forcing things down people's throats, and we felt like that's what it had become."

Although people were coming in and leaving happy, the restaurant wasn't gaining momentum; it wasn't growing. That's when Galen knew it was time to do something drastic to create excitement and growth. Once he had decided to change the restaurant concept, Galen and his team started experimenting with the menu at Mas (la grillade). They started making the food they planned for Almanac, without calling it anything different, just to see how people liked it. They loved it. 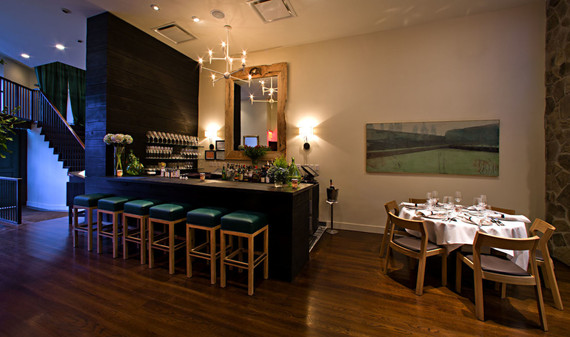 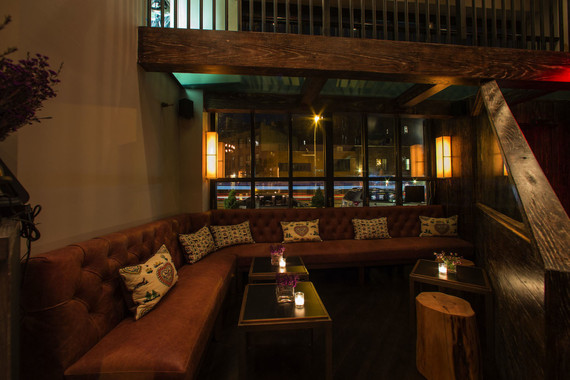 Galen and his team own the building Almanac is in, so it made more sense to stay than find a new location. "When you own the building, you're putting money into an investment -- we knew we could spend money on the place and it would have more value later."

Structurally, he didn't have to do much beyond removing the grills and the exhaust system, which opened up the dining room and made way for a more engaging bar and lounge area. The team hired a designer to capture some of the vibe at Mas (farmhouse), creating a unique country feel with plenty of wood and stone. They added low-hanging chandeliers to change the eye level in the room and adjusted the lighting to be dark and sexy. They shifted the table layout, creating more private areas and giving people more space and comfort. Galen felt the design changes, though mostly cosmetic, were essential to reinventing the restaurant.

"We wanted a whole new restaurant -- we wanted people to feel that connection to Mas (farmhouse). That was something we weren't successful with at Mas (la grillade). People said, 'I love Mas (farmhouse), I'm going to try Mas (la grillade),' and they went there and were like, this is different. Now we feel Almanac really does that well from head to toe." 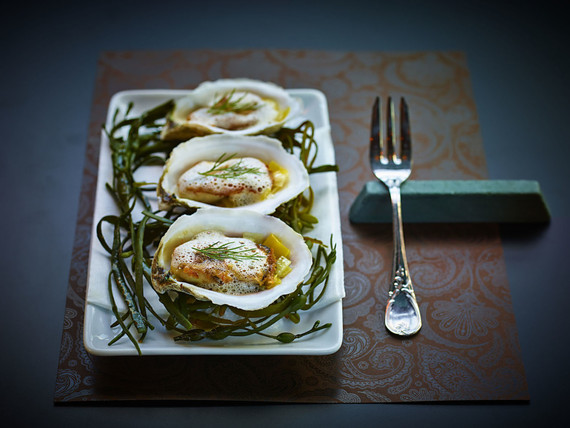 Galen knew people liked Mas (farmhouse) but wasn't excited about doing the exact same thing. He held meetings with his manager and his whole teams to explore new ideas for the concept, involving his staff at both restaurants as much as possible. That was something he hadn't done when opening Mas (la grillade), and it made all the difference. He presented Almanac (which had been a book idea of his for a while) at one manager meeting, and everyone loved it.

The redesign for Almanac only took about three months, and most of it was done while Mas (la grillade) was still open. Galen didn't want to fire and re-hire his GMs and chefs, so he found temporary work for the FOH and BOH at Mas (farmhouse) and other restaurants. It was a win-win: Galen kept most of his staff, and the team learned plenty from working somewhere new for a little while. "It was 1,000% worth it," he says.

"When we changed to Almanac, we literally sat with all of the servers and cooks and said, this is what we're doing. What's your input? What works well over here? What do we do at Mas that we didn't do at Grillade, and what can we bring to Almanac?"

He invited the staff at Mas (farmhouse) to come to Almanac with friends and eat for free for months. He solicited their feedback and helped create camaraderie and community between the restaurants. "In the restaurant industry there are not good benefits programs, so you do what you can do. We chalk that up as a nice benefit, being able to eat at the other restaurant -- it creates a good sense of ownership."