In 1588, shortly before he assumed the position of lecturer in mathematics at Pisa, the 24-year-old Galileo Galilei (Fig. 1) was invited by the Florentine Academy to present two lectures with an unusual title: "On the Shape, Location, and Size of Dante's Inferno." To some this may sound like an uninvited and presumptuous penetration of science into the artistic domain, but interpreting it like this would be a mistake. In attempting to mathematically map Dante's disorienting description of hell in the Divine Comedy, Galileo was actually trying to build a bridge between the epic masterpiece and scientific thinking. His goal was to demonstrate that science is an integral part of culture, and that it can enhance, rather than diminish, the poetic experience. 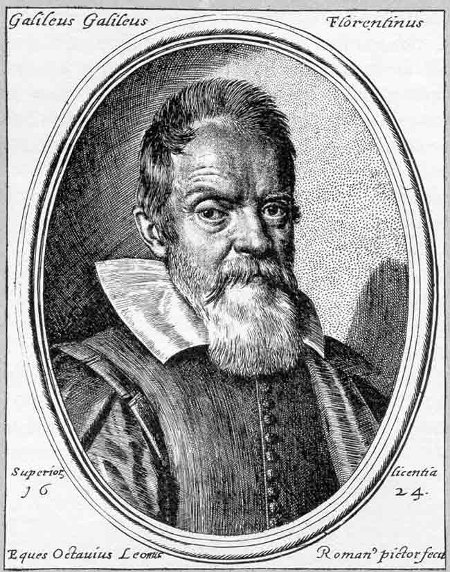 Mark Peterson, a professor of physics and mathematics at Mount Holyoke College, analyzed Galileo's text in detail and suggested that Galileo also had a second, politically shrewd purpose in his lectures. By attacking one particular architectural model for the inferno proposed by Alessandro Vellutello of Lucca, while supporting a second model suggested by the Florentine architect Antonio Manetti, Galileo played on the animosity between the two cities. Florence had suffered a humiliating defeat by Lucca in 1430, and this fact was surely on the minds of the members of the Florentine Academy as they listened to Galileo's analysis. By handing Manetti a victory over Vellutello, Galileo could be regarded as a champion of Florentine pride.

Because the position Galileo was about to take at Pisa was in mathematics and astronomy, he started the first lecture with a direct reference to astronomical observations. However, he emphasized that tackling the problem of the architecture of hell would require theoretical considerations:

It is an admirable and difficult thing ... that men should have been able by long observations, continuous vigils, and perilous navigations, to measure and determine the intervals of the heavens, the ratios of their fast and slow motions, the size of the neighboring and the distant stars, and the place of earth and sea, things that completely, or for the greater part, fall under the senses. How more wonderful should we consider the study and the description of the place and size of hell which lies in the bowels of the earth hidden from all the senses, and by experience known to no-one.

After this introduction Galileo swiftly proceeded to describing Manetti's interpretation of the structure of hell. He used here the same analytic skills that would later become his trademark in his astronomical investigations. The dark scenery of Dante's Inferno occupied a cone-shaped portion of the Earth, with Jerusalem being at the center of the cone's base and the cone's vertex located at the Earth's center (Fig. 2). The height of each level was taken to be about one-eighth the radius of the Earth. In contrast to Manetti's scheme, Galileo demonstrated that not only would parts of Vellutello's inferno have collapsed under their own weight but the architecture did not even agree with Dante's chilling description of the descent to hell. 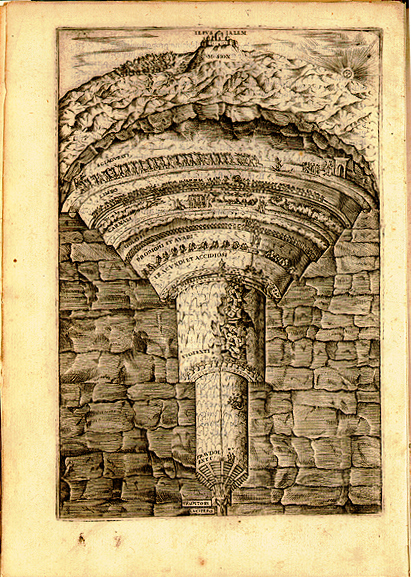 Unfortunately, Galileo did not realize that Manetti's architectural structure was also prone to catastrophic collapse! Galileo must have discovered this blunder shortly after he delivered the Inferno lectures, because he stopped talking about them for many years. In fact, his first biographer, Vincenzo Viviani, never even mentioned those lectures. Only in his last book (published in 1638), Discourses and Mathematical Demonstrations Concerning Two New Sciences, did Galileo finally return to the important problem of the stability of structures when they are scaled up in size. The key insight that Galileo had gained by then was that cracks and breaks occur along two-dimensional surfaces. Consequently, while the volume (and therefore the weight) scales with the cube of the size (e.g., when the size is increased 10-fold, the volume is a thousand times larger), the resistance to cracking scales only with the square of the size (e.g., by a factor of 100 when the size is enlarged 10-fold). In other words, for any structure, the strength against cracking and collapse falls behind the increase in the weight as the size is being scaled up. Perceptively, Galileo realized that the same principle should apply not just to architecture but to the sizes of living animals. He correctly inferred that this is the very reason that we don't find animals on land that are, say, 300 feet tall.

Galileo finished his flawed Inferno lectures by thanking the Florentine Academy, to which he said, "For many reasons I feel myself most obligated; and having showed, with what little ingenuity I possess, how much subtler is the invention of Manetti." The important point from our perspective is that even though the Inferno lectures have not been one of Galileo's crowning achievements, they still provide an excellent demonstration of how a major blunder can pave the way to new insights.