Have you ever wondered, "Wouldn't sex be better if my penis had a helmet?" Yeah, neither have we. But one inventor is pitching just that as a way to have a better time in the bedroom.

California native Charlie Powell claims to have invented a new kind of condom that he is calling the "Galactic Cap." Instead of a latex sheath covering the full length of the penis, Powell's condom encases only the tip. That way, semen is trapped without dulling sexual sensation, according to Powell.

Just one problem: It may not be as good as conventional condoms at stoping STIs.

Prodded by a competition funded by Bill Gates, who believes more people will wrap it up if condoms are more pleasurable to use, some engineers are turning their attention to building a better condom. After failing to win a funding prize from the Bill and Melinda Gates Foundation, Powell is trying to raise money for making his condom through an IndieGogo campaign, which will launch Sunday.

The cap is made up of two parts: a U-shaped polyurethane adhesive film and a reservoir tip that sticks to the adhesive. The film can be worn for hours or even days before sex. You can bathe in it and urinate with it (though we're not sure why you would). The reservoir is added immediately before sex. 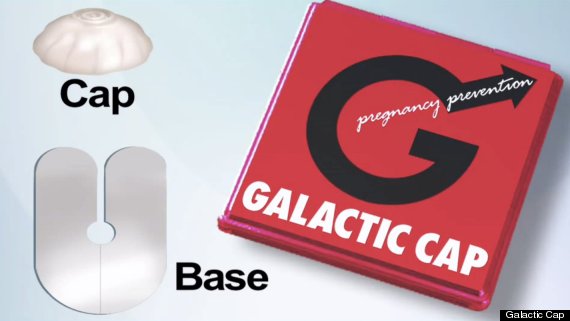 While the cap has yet to receive approval from the U.S. Food and Drug Administration, it is worth noting that this condom-alternative is lacking for the exact reason it seems appealing. Regular condoms cover the length of the penis because many sexually transmitted infections are spread through skin-to-skin contact. These include genital warts, genital herpes, HPV, syphilis and molluscum.

So while the Galactic Cap has a catchy name and a never-ending list of puns to go with it, it may not be able to beat the original rubber.