There's another poll out to show that Americans' faith in journalists is basically non-existent.

A new 2013 Gallup poll shows people don't have much confidence in newspaper and TV reporters when it comes to being honest and ethical. In a survey taken of more than 1,000 adults in the U.S., only 20 percent rated TV reporters "high" or "very high" for honesty and ethical standards, putting it 6th from the bottom of Gallup's list of professions. Twenty-one percent of respondents rated newspaper reporters positively for honesty. In 2012, 24 percent gave journalists a positive rating -- low, but still not as low as this year.

Here is the breakdown, according to Gallup: 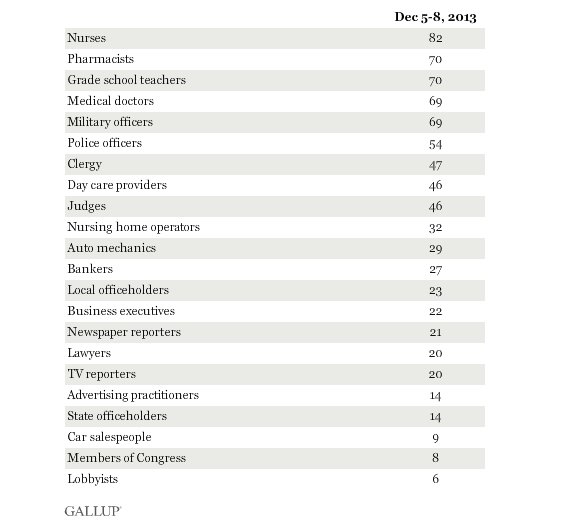 This is just one more poll to demonstrate the public's lack of trust in the media. Another Gallup poll in 2012 found that confidence in television news had reached a new low, while confidence in the general press also continues to fall.