Even as American students continue to post underwhelming results on international exams, most parents are pleased with the education their child is receiving.

A poll from Gallup released Thursday found that 75 percent of parents would describe themselves as somewhat or completely satisfied with their child's education. Last year, 67 percent of parents said the same, the lowest since 1999. 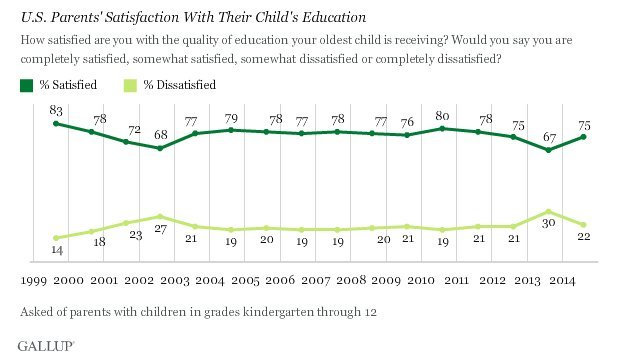 In another recent poll conducted by PDK/Gallup, 62 percent of parents said they oppose the standards being taught in their community. Reasons for opposition to the standards vary. Some conservative-leaning parents have called the Common Core an example of federal overreach, since the federal government incentivized states to adopt the standards. Others take issue with high-stakes standardized tests associated with the Common Core. 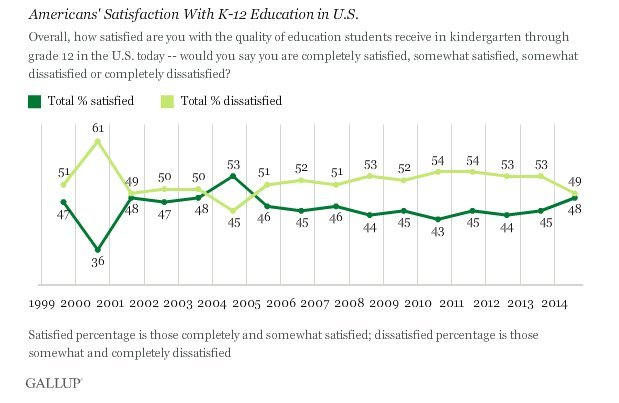