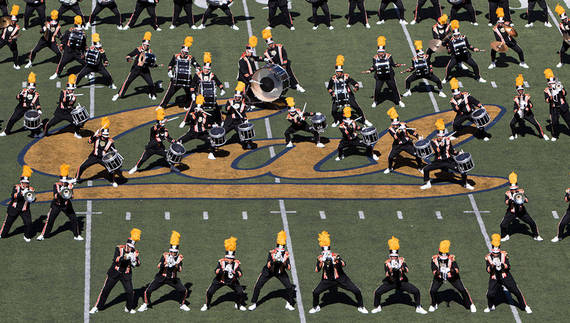 Berkeley, CA -- If you didn't come to see one of the best bands in the HBCU system, then you were probably reminded that blowouts were only acceptable back in high school or "pop warner" football. In the first quarter alone, the Cal Bears scored five touchdowns and forced two interceptions.

The Bears recorded a school record for the amount of points scored in the first half. In their season opener, Cal demolished the Grambing State Tigers 73-14. In front of a sellout crowd, the Bears continue their tradition of winning season openers. They've won 12 of their last 14 home openers. The 73 points scored is the second highest total in the teams "modern era" history.

"At the end of the day, Grambling State has got some good players, there's no doubt about that," said Cal's head coach Sonny Dykes. "At the same time, you have to be able to put in perspective, we've talked to our team about that. Understanding the competition is going to do nothing but get better, and we've talked about that."

Yesterday's competition was amongst the marching bands only. Bears quarterback Jared Goff threw three touchdowns for 309 yards in the first half. The defense returned two interceptions for two touchdowns. Cameron Walker picked off Jonathan Williams in the red zone and ran 14-yards for the touchdown making it a 14-0 game in the first quarter. 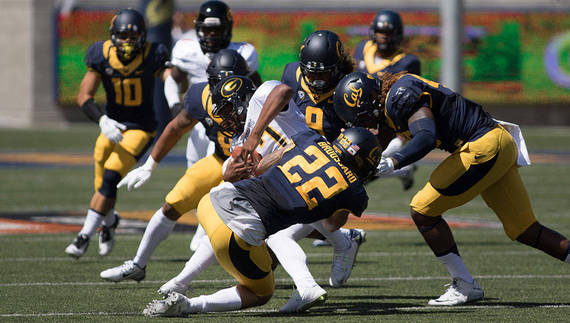 DeVante Downs picked off Williams in the first extending Cal's lead to 35-0. A complete shutout in the first quarter. Grambling State had no chance against a smothering Bears offense.

Williams was picked off a total of four times in the first half. By the second half, Cal never looked back scoring two touchdowns and a field goal in the third and a touchdown in the fourth.

"It was exciting seeing the defense get two touchdowns," Dykes said. "Because I don't think they've had any since I've been here."

The Tigers avoided the shutout by adding two touchdowns of their own in the fourth quarter. Backup quarterback Trevor Cherry connected with Brandon Byrdson for the 4-yard touchdown pass. And Martez Carter scored on a 90-yard run. Despite the embarrassing loss Grambling State always have their "World Famed" Tiger marching band to fall back on. 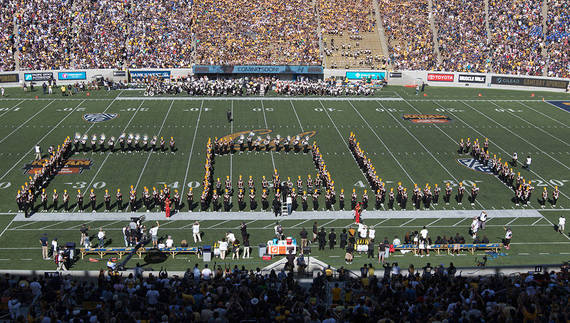 No surprise, the band received a standing ovation as they performed a medley of hits during the halftime show. In front of a sellout crowd of 60,606 fans stayed in their seats to see both Cal's band and GSU march onto the field.

While the Tigers routine included the latest hit "Whip Nae Nae" dance and a classic Too Short (Oakland native rapper), the band ended their set with a shoutout to Cal by spelling out Cali.