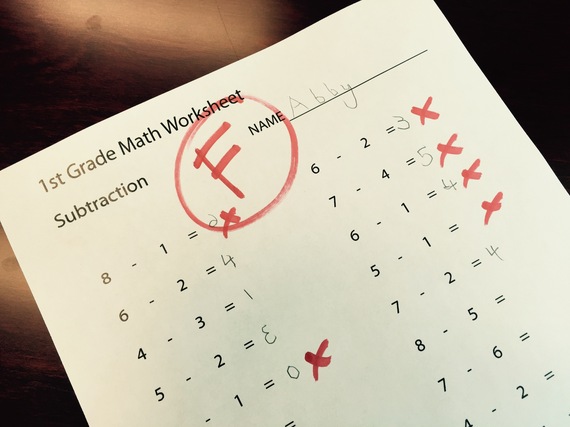 Failure seems to be all the rage these days. Fail fast. Fail smart. Fail forward. It's hard not to gag on the plethora of "failure" clichés that headline cultural media today.

My 6-year-old daughter is even wrapped up in the topic. One day, reflecting on the fact that she will receive grades for the first time next year, she asked me, "Mamma, did you ever get an F?"

She was being completely literal in her definition of failure. She was not being poetic or ironic or asking if I had failed in any metaphysical way; she was asking if I had ever received an "F" as a grade in school.

And I had to say yes.

Somehow in this context, failure didn't seem so great. I very glaringly received an "F" and I was embarrassed for it. It happened in my senior year of high school while I was in the running for valedictorian. I had become overly confident (everyone's favorite euphemism for arrogant) and stopped showing up for my calculus class. Of course, I promptly and legitimately failed the next test with a score of only 56/100. Yes, I remember the exact score more than 20 years later.

For me, the "F" was an embarrassment, but it was not identity-changing. It was, for an 18-year-old, a much needed kick in the pants.

But my daughter's question caused me to wonder: what is the impact of failure on kids more broadly? For my daughter and others her age, how would failing a test impact her self-esteem and motivation?

The Many Definitions of Failure

To truly understand how failure affects motivation, I first needed to explore and define the term "fail." An "F" in school is a very different experience than a #tinderfail, but they both use the same turn of phrase.

Dictionary.com gave me some interesting insight. While it has seven different definitions of the word "fail," these in particular caught my eye:

And then this doozie:

And along with these definitions, I also learned that for most students (and I imagine also for most adults), their number one fear is failing in front of their peers. The ridicule that can come from failing in front of one's classmates can be devastating and not necessarily beneficial.

Making Sure Actions Have "Constructive" Consequences

So maybe we remove the F altogether? Lord knows schools as renowned as Harvard have basically done just that, reporting that the median grade for its students is A- and an A is the most frequently awarded grade. Maybe Harvard knows something about the life-consequences of receiving an F in school that we don't!?

But I believe grade-inflation is not the solution, nor is the solution as simple as that. Psychology Today agrees, suggesting that "If we don't allow students to fail in the classroom, we are setting them up for failure in the real world." Actions need to have consequences, and sometimes those consequences are not trophies and gold stars.

So how to do we keep failure as a consequence, emphasizing the importance of accountability, but reduce the fear? How do we make sure consequences are constructive and not identity-changing?

Digital Games: Presenting Failure as an Outcome, Not an Identity 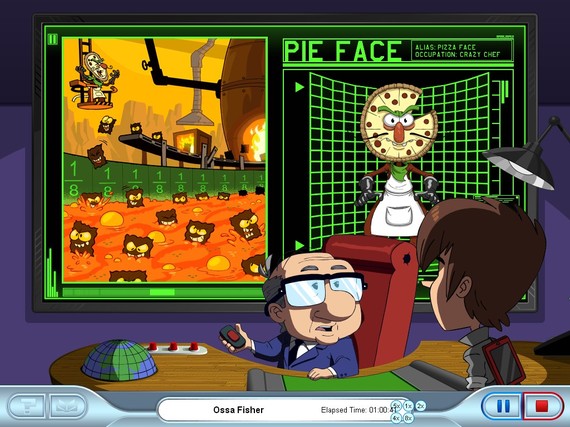 In considering these questions, I couldn't help but observe that my daughter's failure in a digital game was nowhere near as daunting to her as failing in a classroom. Within a video game, she isn't demotivated each time she loses; she simply wants to play again.

Research from the University of Washington in Seattle concurs, citing that a computer game "keeps people playing the game even in the presence of failure." In fact, digital games are built around the concept that progress occurs through experimentation, failure, and adaptation.

To me, there seem to be several motivational aspects of digital games that keep accountability high and fear of failure low:

At the Ed Tech company where I work, Istation, we spend a lot of time ensuring that students know exactly how they are doing in key cognitive areas. This way, when or if they fail, they do so knowingly, but privately, and certainly without ridicule. And there is always an opportunity to try again.

We're not alone in recognizing this: 70 percent of K-12 teachers agree that using digital games increases motivation and engagement.

In fact, a teacher recently remarked to me that some of her shyest students see the greatest gains in a digital environment like Istation, because even when they hesitate to take risks in class, they may readily take risks in a computer-based, game-like environment, which is a more private experience.

Digital games are far from a complete solution, and the world will always need great teachers willing to support but not coddle students, like my high school calculus teacher, Mr. Paula. But game-like education technology can provide students with good lessons in how to embrace accountability, maintain high levels of motivation, take risks, and avert fear.

So for my daughter as she enters the first grade, I will continue to reinforce that her grades do matter, but they matter more for her own learning and benefit. A grade is an assessment, but not one that changes her identity, just one that informs her of where she is in the game of ups and downs that we call life.