The Age of Obama has been called "the End of Black Firsts" and the end of race. Although neither of those things are true, the discussion about what it means to be black in America has opened up to accommodate more and more voices. We're listening to what some of the most influential of those voices have to say, from political mavericks to tastemakers who are radically remixing the culture. 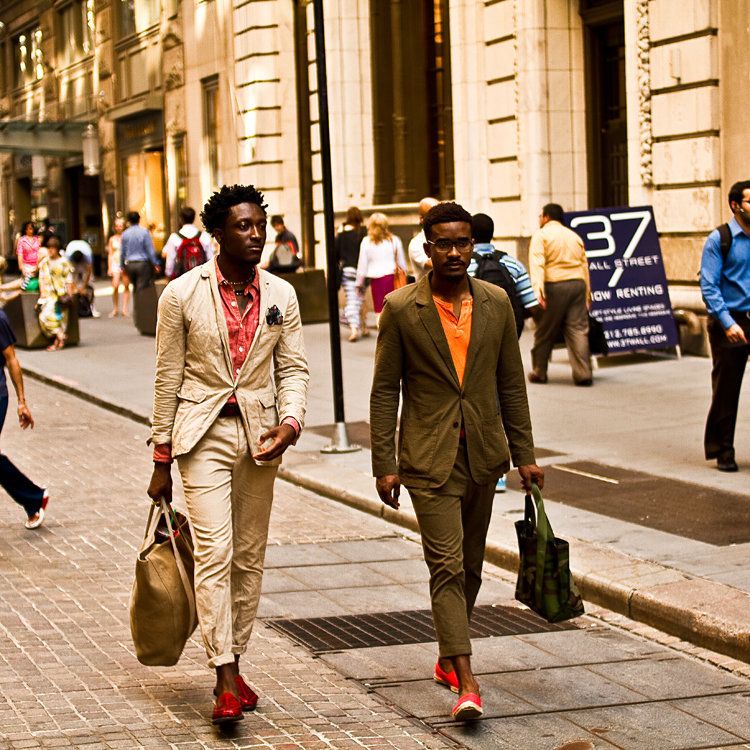 1 / 8
Street Etiquette
Click through enough style websites and you'll start to see the same two incredibly well-dressed young black men over and over. Those dandies would be Joshua Kissi and Travis Gumbs, two 22-year-old friends from the Bronx who tired of the urban garb they wore in high school. "We kind of moved away from skinny jeans and started moving to trousers," Kissis said. The resulting aesthetic -- a funky riff on classic American prep that the pair call "street etiquette" -- is also the name of their popular blog, which gets about 15,000 to 20,000 hits a day, and has been shouted-out by fashion plate hubs like <a href="http://www.gq.com/style/blogs/the-gq-eye/2010/02/blog-watch-street-etiquette.html" target="_hplink">GQ</a> and <a href="http://www.gilt.com/giltmanual/2011/02/the-gilt-man-qa-street-etiquette/" target="_hplink">Gilt</a>. They're even working on a capsule collection that will roll out in the fall, although Kissi is playing coy about what it will include. "We want to change the perspective of how black men are supposed to look by just promoting self-awareness," he says. "And that happens through clothing for us."
Street Etiquette