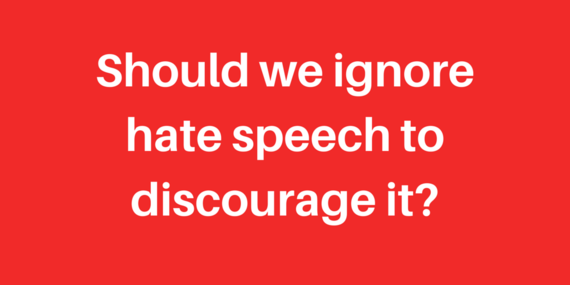 A game promoting "transgender kills" was removed on Monday morning from the online game curation community Steam after a short time on its Greenlight page. Users were able to vote on "Kill the F*ggots" as one of the games the site should offer to sell. Although the clearly expensive game is no longer available, it is sparked a burgeoning online debate about hate speech in the gaming community.

Journalist Jim Sterling was so outraged by the game that he released an expletive-laden commentary in a Youtube video showing snippets from the game. He says it, "Just exemplifies the problem of... just everything." Sterling expresses a particular concern that this apparently is a real developer, Skaldic Games, who "thought it was a good idea" to put the game up. Hundreds of fellow Youtube users have responded in similar outrage in comments replying to Sterling's video.

Similarly, in a current Reddit thread, people are debating whether or not the game was intended as a joke. They are also discussing the responsibility of Steam in allowing such a game to be uploaded on their site in the first place.

LazyGamer.net blogger Geoffrey Tim criticizes Steam's featuring of the game: "I'm all for satire, freedom of expression and art -- but this isn't any of those. It's pure, unadulterated hate speech, and shouldn't have even made it to Greenlight." However, he also argues talking about the game only fuels such developers.

A number of Reddit and YouTube users agree with him. They argue that even acknowledging and discussing the game only gives the developer the attention it wants and will "only make it worse." They suggest the best way to deal with such hate speech is to ignore it. Others, such as one person who emailed me this morning pointing out the game's existence, believes exposure is important: "This is disgusting, and we should get this kind of trash off sites that sell it." He believes Steam owes the LGBT community an apology even though the website removed the game.

The issue of whether or not to ignore hate speech for fear that attention will only further encourage it is complicated and raises a number of questions. Clearly, Steam has a responsibility to better vet games they feature. But what responsibility does the online gaming community have in raising awareness about violence displayed toward LGBT characters in a game?

And if the developers did intend the game as a form of satire, is there any justification for this as a form of "free" (rather than "hate") speech? Is it enough that the game was taken down and people are clearly outraged about it? Or does the fact that the game was even released in the first place further open up an important discussion about hate speech in the gaming community?

The fact is, someone thought up this game in the first place. Whether or not it was intended as satire, there are people who would enjoy playing this game or at least agree with its sentiment. It is good such an outcry is evident on Reddit and YouTube against Steam's featuring of the game. However, the larger issue of how to address and deter hate speech is still an important discussion for us to continue to have.

What do you think? Does Steam owe the LGBT community an apology? And should we ignore such forms of hate speech in order to deter it?