As HBO's "Game of Thrones" skyrockets in popularity, so has the number of babies named after the show's characters. The latest data from the Social Security Administration reveals that 241 babies were named Khaleesi -- a word meaning "wife of the khal" that the series author George R. R. Martin invented for his "Mother of Dragons" character -- in 2013. 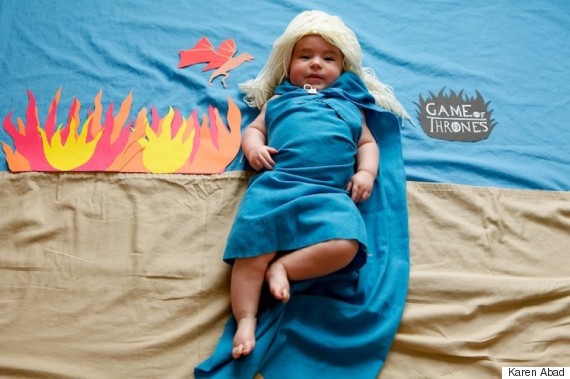 Photographer Karen Abad took pictures of her friend's baby dressed as different TV show characters -- including Daenerys Targaryen aka "Khaleesi of the Great Grass Sea" from "Game Of Thrones."

"Plenty of authors dating back to Shakespeare have invented names that caught on with parents," Laura Wattenberg aka "The Baby Name Wizard," wrote in a blog post about the Khaleesi phenomenon in 2013. "For instance, hundreds of American girls have been named Eowyn over the past decade after a Lord of the Rings character," she added.

Advertisement
But Emilia Clarke's formidable female character is not the only baby name influencer from Westeros.

As these charts from FindTheBest show, the "Game of Thrones" effect extends beyond Khaleesi's rise from baby name nonexistence. (Though why anyone would want to name their baby after Theon Greyjoy is beyond us.)